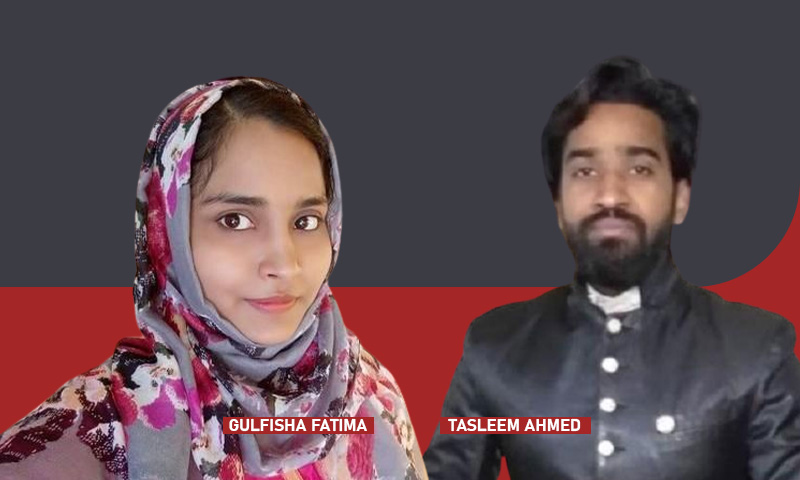 A Delhi Court on Wednesday rejected the bail pleas of Gulfisha Fatima and Tasleem Ahmed in connection with a case alleging larger conspiracy into the Delhi riots of 2020, involving charges under Indian Penal Code and UAPA.Additional Sessions Judge Amitabh Rawat pronounced the order after hearing Advocate Mehmood Pracha appearing for both the applicants and Special Public Prosecutor Amit...

A Delhi Court on Wednesday rejected the bail pleas of Gulfisha Fatima and Tasleem Ahmed in connection with a case alleging larger conspiracy into the Delhi riots of 2020, involving charges under Indian Penal Code and UAPA.

The Court said that are reasonable grounds for believing that accusations against both Tasleem and Gulfisha were prima facie true, and hence, the embargo created by sec. 43D of UAPA applies for grant of bail, including the embargo contained in sec. 437 CrPC.

The Court however rejected the argument put forth by Pracha that the judgment of the Delhi High Court while granting bail to co accused accused Devangana Kalita and Natasha Narwal must be considered as the case of Gulfisha and Tasleem was similarly placed and thus, bail be granted on the ground of parity.

It added "Hence, in view of the order of the Hon'ble Supreme Court of India, it is clear that impugned judgment dated 15.06.2020 was neither to be treated as a precedent nor to be relied upon by any of the parties in any of the proceedings."

Accordingly, perusing the charge­sheet and accompanying documents, for the limited purpose of the bail, the Court was of the opinion that allegations against the accused Tasleem Ahmed and Gulfisha Fatima were prima facie true.

The Court is bound by the law of the land and the judicial discipline. This argument is strongly rejected.

Gulfisha was arrested on April 11, 2020 and was sent to judicial custody thereafter. She was given bail in FIR No. 50/2020 [PS­ Jafrabad], another case related to the riots.

Tasleem Ahmed was arrested on June 24, 2020 in the present FIR and was sent to judicial custody thereafter.

Both Gulfisha and Tasleem were denied statutory bail by the Judge in the matter.

It has been the prosecution's case that while the riots were meticulously planned, there was destruction of properties, disruption of essential services, use of petrol bombs, lathis, stones etc and therefore meeting the criteria which is required under 15(1)(a)(i),(ii) and (iii) of the UAPA.

Prosecution had alleged that a total of 53 people died during the riots, 142 people were Injured in first phase of riots and other 608 were injured in the second phase.

It is also the prosecution's case that the 2020 sit-in protests were carefully planned, picking strategic protest sites closer to 25 mosques. It was therefore submitted that these sites were places with religious significance but were purposely given Secular names to give legitimate appearance to the allegedly communal protests.

The Prosecution had referred to a December 20, 2019 meeting which was attended by Umar Khalid with Harsh Mander, members of United Against Hate, Swatantra Nagrik Sangathan, etc. it was averred that this meeting was key in deciding the areas of protest and strategies to mitigate police clashes by keeping women at the forefront.

It was also argued that the the issue regarding the protests was not CAA or NRC but to embarrass the Government and to take such steps that it gets highlighted in the International media.

Main thrust of prosecution's arguments was that the DPSG group was a highly sensitive group wherein every small message was privately deliberated upon and then passed forward to other members and that every decision taken was conscious and well thought over.

It was alleged that while the case of the prosecution is not that every person who surfaces in the conspiracy has to be made an accused and that merely being silent on a group does not make one an accused, however, he added that in case evidence is found against any person, criminal action has to follow.

In this backdrop, it was argued that there was a 'conspiracy of silence' in committing the 2020 North East Delhi riots, idea behind which was to completely put the system under paralysis.

The FIR contains stringent charges including Sections 13, 16, 17, 18 of the UAPA, Sections 25 and 27 of the Arms Act and Section 3 and 4 of the Prevention of Damage to Public Property Act,1984. The accused are also charged under various offences mentioned under the Indian Penal Code, 1860.