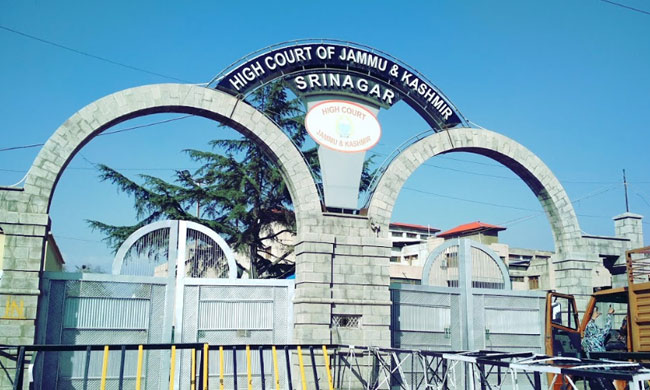 "The act of locking of the main door of the District Courts can have dangerous consequences which are beyond the violation of the Article 21 rights of the prisoners and accused. The same can result in dangerous situation of anarchy within the Court complex. The same can endanger not only the security of the judges and other persons inside the district complex but also imperil lives in the event of any untoward incidents.The Court on its Own Motion, stated that the responsibility of Court was to ensure that dispensation of justice to the people of UTs of J&K, and Ladakh was effect and fair. In order to maintain the same, the Courts were dependent upon the local police tasked to provide security to the courts and thereby prevent any disruption of the justice dispensation system"

However, this was proving to be an issue due to local police's reluctance to engage with lawyers resulting from the altercations between the two in the recent past. Subsequently, the J&K High Court Bar Association had requested its members to abstain from work indefinitely.

On perusal of reports from the Principal District Judge, Kammu and some judges in the District Courts, submitted by the Registrar General, the Bench found that in addition to the call for abstention, other unruly acts had been conducted to prevent movement into the Courts and the local police was unable to control the situation.
Additionally, posters threatening suicide attacks on the judiciary had been posted on 07.09.2019 in the Srinagar Wing of the High Court. These posters stated that J&K had been transformed into a police state and law of the jungle had taken precedence over human law, thereby rendering the judiciary deficient and useless. On intimation of the same to the Chief Justice of India, the security was immediately increased in the said Wing.

The Bench stated that the District Courts as well as High Court conducted sensitive criminal trials which included dangerous criminals being prosecuted under erstwhile Terrorists and Disruptive Activities (Prevention) Act, 1987, the National Investigative Agency Act, 2008, the Narcotics Drugs and Psychotropic Substances Act, 1985 etc. Due to work of this nature, guidelines had been issued by the Ministry of Home Affairs (Govt. of India) on 31.05.2007 and 04.06.2007 to declare certain High Courts as High Security Zones, however they are yet to be implemented.

The Bench gravely noted that these events were "threats to not only justice dispensation but actions which may imperil lives of persons accessing the courts as also the public property in the nature of court infrastructure".