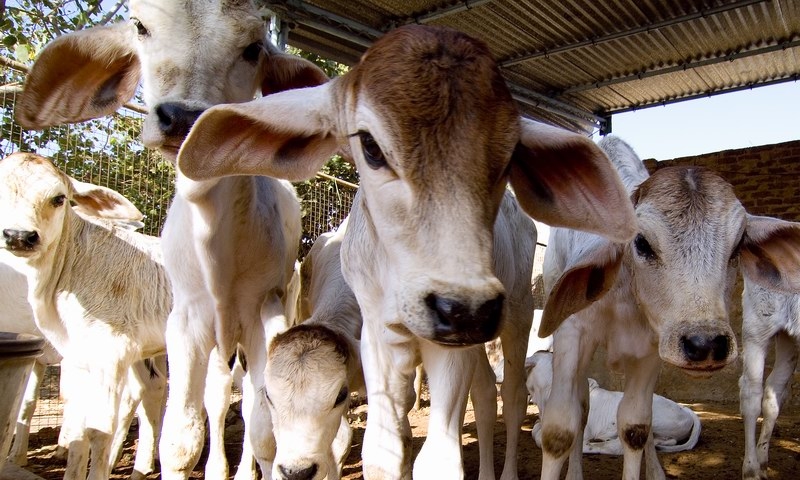 The Allahabad High Court recently granted bail to a man booked under the Uttar Pradesh Prevention Of Cow Slaughter Act, 1955 on the condition that she shall deposit Rs. 25,000/- in 'UP Gosewa Ayog, Lucknow' within four weeks from the date of his release from jail.

The bench of Justice Saurabh Lavania issued this order while granting bail to one Sonu Kasai, who was booked under Sections 3/5/8 of the Cow Slaughter Act, 1955 after being found in possession of meat/beef (allegedly of Cow).

His counsel submitted before the Court that the recovery from his possession was planted one, as there was no independent public witness so as to support the story of prosecution.

It was further contended by him that the FSL Report is awaited to date, which is required to prove that the alleged recovered meat is beef. On the basis of a single arrest, the applicant had been implicated in five cases.

It was also submitted that co-accused namely Rashid and Suraj Prakash and Asim @ Hasim have already been released on bail by the High Court and therefore, he should also be released on bail.

Importantly, another submission was made before the Court that the applicant-accused is an animal lover including the cow and its progeny and he often donates money to cow shelters (gaushalas) and that he would donate Rs. 25,000/- to U.P. Gosewa Ayog within four weeks from the date of release from jail.

In light of these submissions, the Court granted him bail by observing thus:

"Considering the rival submissions of learned counsel for parties, material available on record, as well as totality of facts and circumstances and keeping in mind that there is no public independent witness and FSL report is still awaited as also that co-accused have already been released on bail and without expressing any opinion on the merits of the case, I am of the view that the applicants are entitled to be released on bail."

"In addition to above, as per the above statement, the applicant shall deposit a sum of Rs.25,000/- (Rupees Twenty Five Thousand Only) in 'U.P. Gosewa Ayog, Lucknow' within four weeks from the date of his release from jail and, file receipt thereof in the trial Court; in case the accused applicant fails to deposit the amount this order, granting him bail, shall be treated to have been canceled and, he shall be taken into custody forthwith," the Court further ordered.