Depression Can Be Classified As 'Serious Illness' In COVID's Context: Gujarat High Court 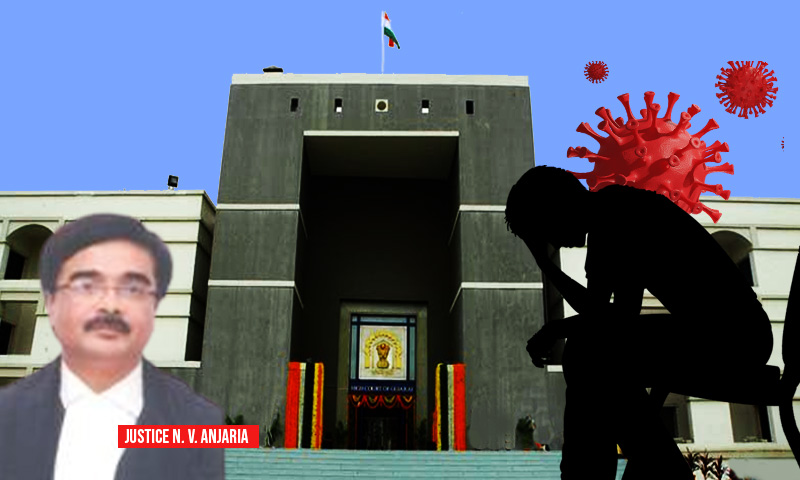 Depression can be classified as a serious illness, especially in the context of the COVID, observed the Gujarat High Court on Tuesday as it set aside the order and decision of a government college to cancel the registration and admission of a student as he failed to appear for the examination due to depression and suicidal thoughts. The Bench of Justice N. V. Anjaria...

Depression can be classified as a serious illness, especially in the context of the COVID, observed the Gujarat High Court on Tuesday as it set aside the order and decision of a government college to cancel the registration and admission of a student as he failed to appear for the examination due to depression and suicidal thoughts.

"Approach of sympathy is not the rule of law, yet the law has to be benevolent to sub-serve the interests of justice, wherever the facts and circumstances so justify and demand. This is one such case."

The Court has now directed the University to reconsider their decision to cancel the registration and undertake the exercise of arriving at a fresh decision in light of the facts and findings discussed by the Court.

It may be noted that earlier, the Gujarat High Court on 23rd April had allowed the student to take the supplementary exam, which he has cleared.

The student was pursuing the course of B. Tech. at Sardar Vallabhbhai National Institute, and vide its order dated 05th October, the Institute sought to remove the student/petitioner from the Institute as per the decision of the Academic Performance Review Committee on the ground that he did not complete the minimum requirement of earned credit.

It was the case of the Petitioner that during the lockdown, the mental health of the petitioner deteriorated and he reeled under depression which started from January, 2020 and peaked in May-June, 2020 and hence he could not secure the require credit.

The College thereafter canceled the registration and admission of the first-year B Tech (Bachelor of Technology) student, for not earning 25 credits needed for getting promoted to the next semester.

Against this backdrop, the student moved to the High Court praying that that the action of the Institute in issuing the impugned orders was wholly unwarranted and uncalled for keeping in mind the pandemic that had hit the world and the resultant lockdown that was imposed in this Country.

It was submitted by the Counsel of the petitioner/student, Ronith Joy that he suffered strokes of depression during the pandemic and due to his introvert nature, he withdrew himself from education and academic activities, not informing even his parents which led to the empty passage of time to the disadvantage of the petitioner.

It was also contended that the psychiatrist was consulted out of compulsion whose certificate show that the depressive episodes gripped the petitioner during the period from January, 2020 to reach at a peak in May-June, 2020.

The Petitioner, it was submitted, an otherwise bright and diligent Student did not take the semester-end exams for reasons beyond his control.

It was stated that the petitioner conceived even suicidal thoughts at regular bouts and for such reasons, he could not appear in the examination which was conducted online by the Institute. Apparently, he didn't even communicate his mental condition to his parents.

"The depressive cycle which the petitioner suffered was during the period of COVID-19 pandemic itself. It was a period of widespread despondence. It is reasonable to believe that the situation brought about by the pandemic created an adverse effect on the tender mind of the petitioner, who disengaged himself from the studies" the Court observed at the outset.

The Court also opined that the ground advanced by the petitioner could be viewed as genuine as there is nothing to disbelieve the same and that the stand of the respondent Institute to doubt is insensitive and departs from the facts stated in the letter of the parents fortified by the certificate of the doctor.

Essentially, as per the abovesaid regulations, on the medical ground, a student is allowed to appear in the supplementary examination and the Court opined that the facts of the petitioner's case fits in the provision to extend the benefit thereof to the petitioner.

Importantly, the Court observed that in the facts and circumstances of the case and more particularly in the context of the currency of the pandemic period, the depressive state of mind and the depression created in the petitioner student, can be classified as serious illness.

"The petitioner has cleared for both the semesters and having cleared the same, the petitioner now possesses the requisite minimum 25 credit marks to acquire the eligibility to study further to complete the course," the Court further added.

"When the medical illness of the petitioner was attributable to the pandemic period and was during the pandemic period, when the Regulations of the respondent Institute permitted the supplementary examinations in such eventuality and when the petitioner has cleared the supplementary examinations successfully, it will be inequitable, arbitrary and contrary to the tenets of justness, fairness, and equality, to disregard the factor," the Court further observed.

Lastly, the competent authority of the respondent Institute has been directed to pass a fresh order in relation to the case of the petitioner and about permitting the petitioner to continue his studies in the course of B.Tech., which shall be guided by the discussion, observations, and findings in this order, within fifteen days from the date of receipt of the present order.