Difficult For Doctors To Work If They Always Face The Threat Of Being Beaten Up/Harassed By Patients' Relatives: P&H High Court 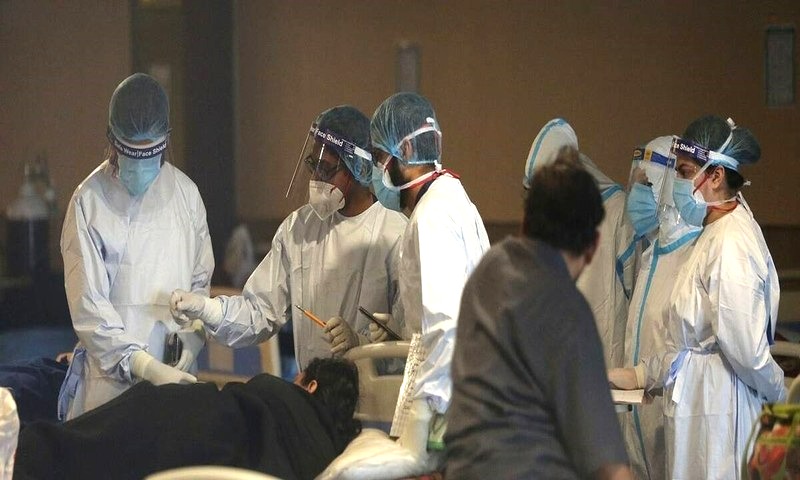 The Punjab and Haryana High Court recently observed that if doctors face the threat of being beaten up or being harassed by the relatives of patients every single day, then it would be difficult for them to function.

The Bench of Justice Vikas Bahl observed thus while dismissing a 482 CrPC plea for quashing of an FIR registered against Naresh Kumar and others (applicants before the Court) for allegedly creating turmoil and disturbance in the Hospital, beating up doctors and threatening to murder the Doctor.

An FIR in this matter was registered u/s 147 (Punishment for rioting), 149 (Every member of unlawful assembly guilty of offence committed in prosecution of common object), 323 (Punishment for voluntarily causing hurt), 506 (Punishment for criminal intimidation) of the Indian Penal Code, 1860.

Allegedly, after the death of one patient Ompati, her relatives started making phone calls and they called other persons, who after reaching the Hospital, started creating turmoil and disturbance in the Hospital and they threatened to murder the Doctor.

After perusing the FIR and taking into account other relevant circumstances and pieces of evidence, the Court was prima facie of the view that force and violence had been used by the relatives of the deceased Ompati and they were found to be in an unlawful assembly, thus, an offence under Section 149 IPC would stand prima facie made out.

"In fact, even from the document annexed by the petitioners i.e. cancellation report, it comes to surface that as per the CCTV camera recordings, some fist blows had been given to Dr. Pankaj Parashar and the papers were snatched from Dr. Raj Kumar Sharma. At any rate, all the said facts would come about after the investigation is complete and the challan is presented," the Court noted as it dismissed the 482 plea filed by the petitioners.

However, before parting, the Court observed that although, there would be a feeling of sympathy towards persons whose family member has passed away but the said persons including the petitioners must respect the Doctors who always try their best to save the lives of patients and, thus, such persons should not breach the law in case some untoward incident happens.

"It will be difficult for the Doctors to function in our country if they always face the threat of being beaten up or being harassed by the relatives of patients as every single day, they have to deal with situations in which life and death of a patient is involved," the Court concluded.

Case title - Naresh Kumar and others v. State of Haryana and another