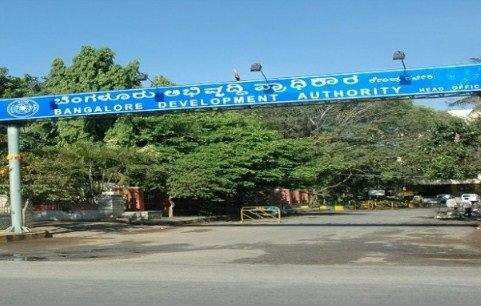 Observing that "The word company cannot be imported from any other statute in order to bring in the purview of BDA Act, (Bengaluru Development Authority)," the Karnataka High Court has dismissed a petition filed by a private construction company, claiming BDA is a State Government company and should be wind up, for not paying dues.

A bench of Justice P B Bajanthri while dismissing the petition filed by IL&FS Engineering And Construction Company Limited, imposed a cost of Rs 50,00 on the company, which is to be remitted to the Chief Minister's Relief Fund, within eight weeks.

The Company and BDA entered into contract on 09.12.2005 for the construction of six lane outer- ring road with a two lane service road on either sides, connecting Mysore Road and Magadi Road from Kilometre 51.880 to Kilometer 56.700. The contract price was agreed upon for a sum of Rs.53,53,50,000. The contract period was for 18 months from December 19,2005 to June 18, 2007. The petitioner is stated to have completed the project in terms of the contract.

The company had certain disputes with BDA during the execution of work. High Court had appointed sole arbitrator to resolve the dispute among the petitioner and BDA. An award was passed on 31.3.2014 while awarding a sum of Rs.19,97,42,927 and interest amount a sum of Rs.15,97,39,612. BDA did not settle the payment in terms of the award.

Due to non-payment of balance amount company filed petition seeking for direction to the Government of Karnataka to wind up the BDA for non-compliance payment of award dated March 31, 2014 and further to appoint Official Liquidator to take over assets of the BDA and discharge its liabilities.

BDA has failed to implement the award in full, unnecessarily certain amounts have been withheld which is contrary to the contract executed among the petitioner and BDA. Therefore, BDA is to be wind up while appointing the Official Liquidator. BDA is like a State Government company in view of sub

Section 2 of Section 3 of the Bangalore Development Authority Act, 1976. Further, it was said that BDA- authority shall be a body corporate. Therefore, it is a State Government Company. There is a total failure on the part of the BDA in not complying the arbitral award which has attained finality. BDA is bound by the arbitration award and has failed to pay the dues of the petitioner in terms of the award.

Moreover, it was said that "BDA being the local authority of the State Government it should be model authority. Being a Governmental agency, while handling administration like execution of developmental work which should meet the social justice and fairness in each and every action.

BDA is a local authority. No doubt, under sub Section 2 of Section 3 of the Act, 1976 the word 'body corporate' has been incorporated that does not give the status of a state company. Ingredients to determine company are not forthcoming under the Act, 1976 so as to attract the provisions of the Companies Act, 1956.

Also, If there is any dispute in implementation of the award by the BDA, petitioner has remedy of execution of the award dated March 31, 2014 before the appropriate Forum. The present petition is nothing but arm twisting of BDA to settle the alleged dispute.