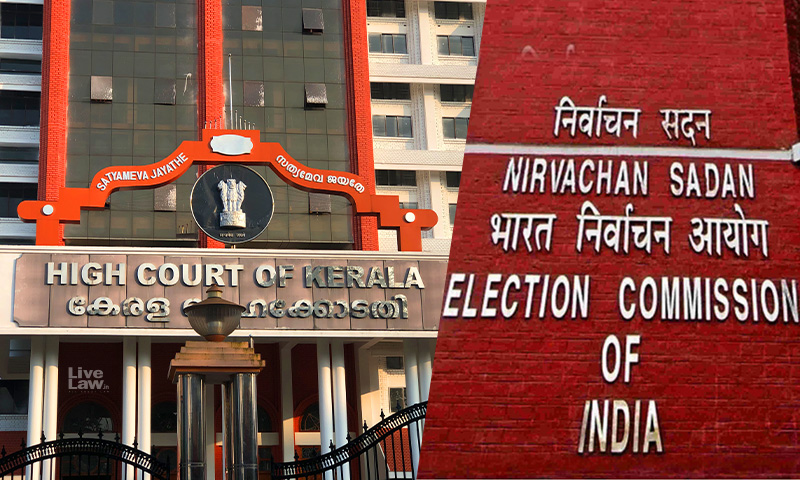 The Kerala High Court on Wednesday directed the Election Commission to place on record its reasons for keeping in abeyance elections to fill vacancies of three Rajya Sabha seats. The incumbents of the three seats from Kerala are retiring on April 21.A Bench of Justice PV Asha was considering the writ petitions filed by the Secretary of the Kerala Legislative Assembly and S Sharma, CPI(M)...

The Kerala High Court on Wednesday directed the Election Commission to place on record its reasons for keeping in abeyance elections to fill vacancies of three Rajya Sabha seats. The incumbents of the three seats from Kerala are retiring on April 21.

A Bench of Justice PV Asha was considering the writ petitions filed by the Secretary of the Kerala Legislative Assembly and S Sharma, CPI(M) MLA, challenging the ECI's decision to defer the elections proposed on April 12.

After the Election Commission through its Standing Counsel Deepu Lal Mohan assured the Court that the notification of the election would be issued before April 21 and that the petitioners could present any of their grievances to the Court once the said schedule was issued, the counsel for the petitioners asserted that the election itself would be completed within this timeframe.

Additionally, Senior Advocate CS Vaidyanathan for the Assembly Secretary raised a question on why the election schedule was not being announced.

To this Advocate Mohan responded, "The Commission in its wisdom first announced a date. Thereafter it is coming out with a revised date ..Let the notification come, the schedule will also be announced then. Now we cannot speculate what is going to happen with regard to schedule!"

Advocate Mohan underscored that it was within the exclusive domain of the Commission to announce a date, and that the Commission would act within the timeframe stipulated in the Representation of the People Act.

He continued and said, "Your Lordship may record my submission that the election will be announced and notified prior to the expiry of the term, that is on 21/4/2021. Thereafter, if they are still aggrieved regarding the schedule they can approach the Court at that time, not now.

To this the Court responded that by such time, the case would be infructuous.

Taking issue with Advocate Mohan's statement, Senior Advocate CS Vaidyanathan submitted that the petitioners approached court because they had been aggrieved.

He continued, questioning why the Election Commission had not stated its reasons for keeping the polls in abeyance, save for a mention of a reference from the Ministry of Law and Justice.

Senior Advocate CS Vaidyanathan then contended that the Election Commission's submission that the election could be completed even after the members retired was ultra vires Section 12 of the Representation of the People Act, 1951.

Referring a judgment, Advocate Mohan asserted that there was no legal bar to conducting an election even after the members retired and that the Election Commission had the power to postpone elections in certain emergencies.

"Before the retirement date, we will notify, the schedule also we will notify. Put it on record, Your Lordship", Advocate Mohan again submitted to the Court.

When the Court posed queries to the Standing Counsel on what the exact reasons for the deferral of the election were, he admitted that he was not aware. He however asserted that the reasons needed only to be disclosed after the notification was released.

Senior Advocate Vaidyanathan posited that there were now three decisions before the Court, the first being the Press Release whereby the Election Commission announced that the election schedule would be notified, and the second, the communication mentioning a Law Ministry Reference that kept the polls in abeyance. The third decision was the one orally communicated to Court today by which the Election Commission stated that the elections would be notified and the schedule released before the retirement of the sitting members of the Rajya Sabha, he propounded.

"No transparency, no reasons…they ought to have recorded reasons (for each of these decisions)!" Senior Advocate Vaidyanathan argued.

"All records must be placed before the court, we are entitled to know it. Direct them to produce all records", echoed Senior Advocate NN Sugunapalan for S Sharma.

Despite Advocate Mohan's averment that the initial announcement regarding the polls was not a notification in terms of the Representation of the People Act, and that the reasons for the decision would be duly published, the Court replied, "Commission will not take a decision simply".

Therefore, the Court directed the Election Commission to present the reasons to the Court in the form of a statement by Friday, April 9.