District Collectors Will Be Answerable For Accidents Caused By Road Potholes ;Principles Of Constitutional Tort Will Apply : Kerala High Court 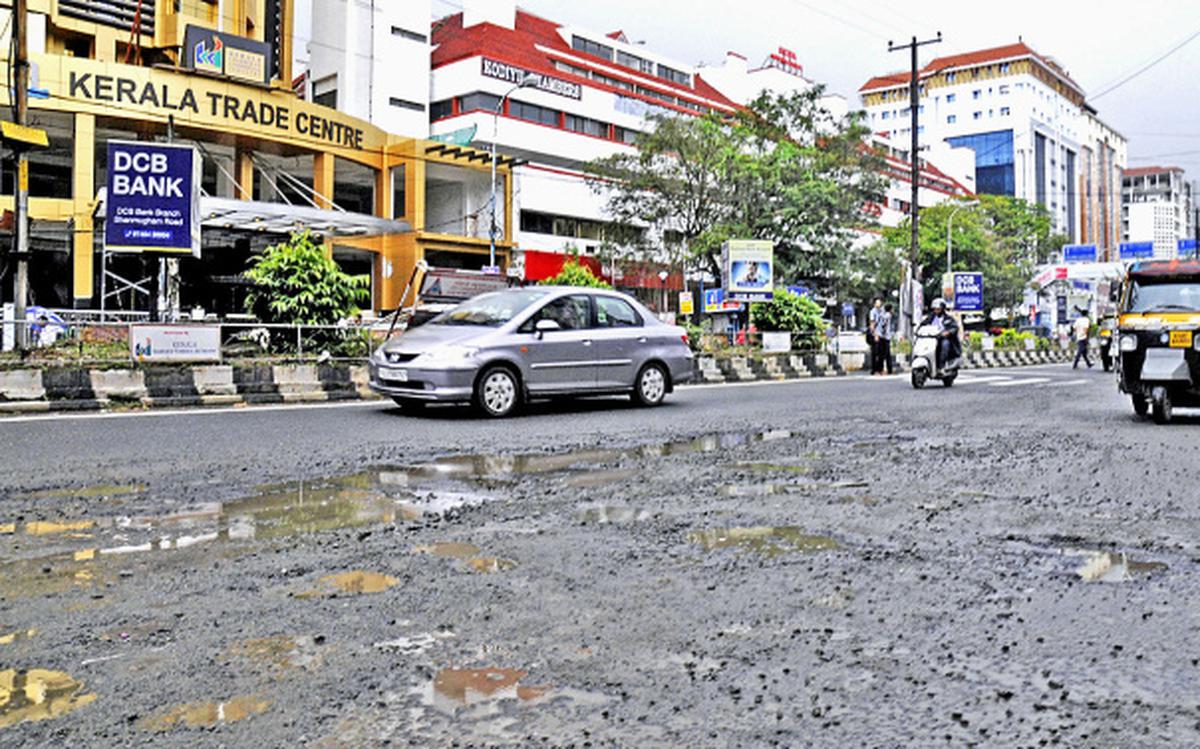 The Court further added that the Government of India and in particular, the Ministry of Road Transport have a specific role to play, particularly with respect to Constitutional Tort principles when someone is killed or injured in an accident on National Highway.

The Kerala High Court on Friday ordered that every future road accident caused by potholes would have to be explained by the District Collectors. It further directed that the officers under the various District Collectors - in their capacity as Chairman or Chairperson of the the Disaster Manager Authority - ought to be instructed to visit and watch every road and ensure that all of them are kept free of disaster, lest another accident happen.

While holding so, Justice Devan Ramachandran reminded about the earlier Order that had been issued, whereby it was declared that creation of potholes and craters were man-made disasters under the provisions of the Disaster Management Act, and there was a duty imposed upon the District Collectors to act within their statutory powers. It was added that the Court could not continuously prod the District Collectors in this matter.

"I hereby, direct the District Collectors to act proactively to avert 'man made disasters' on the roads; and I caution them that every further accident will have to be explained by them in future", stated the order.

Importantly, the Court added that the Government of India and in particular its Ministry of Road Transport and Highways, have a specific role to play, particularly with respect to the principles of Constitutional Tort, when somebody is killed or injured in an accident on the National Highway.

"They must inform this Court how we must respond to the cri de coeur of the family of a victim, or that of an injured, for having either been killed or put to danger because the Authorities vested with duties did not do it well or neglected it", it was observed.

In this light, the Court directed the Assistant Solicitor General of India, Advocate S. Manu, to obtain specific instructions from the Ministry of Road Transport and Highways, and place it before the Court either in the form of a counsel statement or counter pleading by the next posting date.

The Court further observed that the more it delved into the issue of bad roads, the more it became apparent to the Court that it was the result or either corruption or insouciance, and at most times, both. It was observed that, "there is at least one road in Kerala which has stood the ravages of monsoon for the last more than a decade and half; and hence citizens cannot be found fault if they have to believe that if a road is constructed well, it will last". However, the Court went on to observe that with respect to most of the other roads in Kerala,

"it is a continuing saga of construction, dilapidation and construction again; which happens in quick succession, at least once in a year or multiple times".

It was in this light that the Court stated that the angle of corruption would have to be looked into. The Court further orally observed that, "You can't take money and allow work to go. This will cost people's lives. If someone is corrupt, someone else will die. I cannot let that happen".

The issue of uncovered drains, potholes and crates in the city had been brought to the attention of the Court in an earlier matter, and in the instant case, the Court also expressed its grave concern when an accident occurred on 05.08.2022 on the National Highway, costing the victim his life.

During the hearings, Senior Government Pleader, Advocate K.V. Manoj Kumar, submitted that pursuant to the orders issued by the Court, the Vigilance and Anti Corruption Bureau had begun vigilance inspection on all roads and persons entrusted with its management and construction, including Engineers and Contractors. He added that so far, 116 roads have already been so inspected, its samples were taken and sent for forensic examination. He further added that every Engineer and Contractor found culpable would be charged and subjected to legal consequences. However, as far as the National Highway Authority of India (NHAI) was concerned, he submitted that they refused to even respond to the letters issued to them and that this has led to the bad condition on several stretches. District Collectors were also now playing a more proactive role, and visiting the sites particularly where the young man lost his life. Finally, it was submitted that a Detailed Action Taken Report, with respect to the roads as well as the vigilance action, would be placed on record without any delay; and that all necessary penal consequences would also be initiated against those found guilty.

On the other hand, the standing counsel for the NHAI, Advocate Bidan Chandran submitted that entire fault for the bad condition of the stretch where the young man lost his life on 05.08.2022 was on the Concessionaire. He submitted that the concessionaire was acting under a "Build – Operate - Transfer" arrangement and that it was fully responsible for the upkeep of the stretch and balance of the road. He submitted that pursuant to the orders of the Court, the NHAI had taken stern action and constituted a committee, which thereupon visited sites very frequently, which has successfully ensured that most of the stretches of the NHAI, if not all, have been completely restored and made safe for traffic and pedestrians. The counsel did concede however, that as far as the NH6 was concerned, there were some issues left. He stated that steps were being taken to remove the Concessionaire and appoint another entity in its place. He also conceded that it would be within the powers of the Court to fix the compensation to be awarded to the family of the victim who lost his life on 05.08.2022.

The Amici Curiae, Advocates Vinod Bhat and S.Krishna pointed out that much work was still left to be done, particularly with respect to the roads maintained by the PWD and LSGD which requires basic repair and maintenance, while Advocate Vinod Bhat did note that that the stretch between Ernakulam and Valayar of the NHAI was now fairly good.

The Court directed the Senior Government Pleader to inform the Court as to the steps taken against the Concessionaire under the penal laws and fix constitutional tort liability on them, under the sanction of the sovereign's power for such purposes constitutionally.

Obligation was also imposed upon the NHAI to file the report regarding the action taken by them against the Concessionaire.

The Court further directed the PWD and the Corporation to ensure that every road, without exception, is repaired and kept ready within the next two weeks. As far as the places where the Cochin Smart Mission Limited requires its work to be completed, it was directed that it shall do so, including maintaining the drainage and drainage holes through gratings/slabs and such other; and reports in this regard ought, also be placed on record by them by the next posting date.

The Court added that the while the earlier invitation to the public to approach the Amicus Curiae would remain in force, the public would also be at liberty to approach the District Collector through their online portals, who would then be obliged to act in their capacity as Chairperson of the District Disaster Management Authority, and register it as a case and cause an enquiry into it; thus leading to necessary action thereon. In case of any failure in this regard, the Court cautioned that the same would be seen as a violation of their statutory duties and necessary consequences would be ordered by the Court.