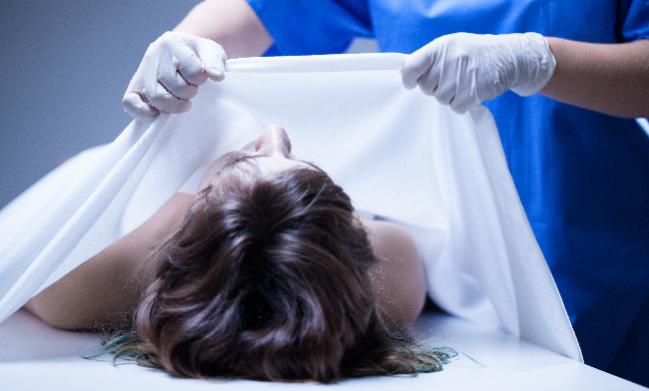 Noting that in most of the medico-legal cases, the outcome of the criminal case depends upon the findings in the autopsy certificate and also the Doctor's evidence, the Madras High Court has expressed concern that if the autopsy reports are prepared in a shabby and unscientific manner and without actual performance of autopsies by Doctors, it will lead to collapse of criminal justice...

Noting that in most of the medico-legal cases, the outcome of the criminal case depends upon the findings in the autopsy certificate and also the Doctor's evidence, the Madras High Court has expressed concern that if the autopsy reports are prepared in a shabby and unscientific manner and without actual performance of autopsies by Doctors, it will lead to collapse of criminal justice delivery system in the country.

"The Doctors are the most respected citizens of this country and they are doing yeoman service and also aid in the justice delivery system in medico-legal cases. Therefore, corrective measures have to be taken as otherwise, criminals would escape from the clutches of law because of the negligence and deliberate failure on the part of the Doctors who are doing post- mortems", said the bench of Justices N. Kirubakaran and S. S. Sundar.

The bench appreciated that a post-mortem certificate is very important to decide the cause of death, the injuries found on the body and whether any poisoning is there or not; it is very important for the criminal justice delivery system. The evidence of doctors based on post-mortem certificates play a vital role in deciding criminal cases, especially murder cases, suicides and assaults. "The Courts usually take the Doctor's Opinion/evidence as gospel truth as they are the best persons or experts in the field and based on their evidence only, the cases are decided", expressed the bench.

The bench noted that leaving the autopsy to the mortuary attendant is not a new phenomenon and it is there for a long time and that is the reason why it has been cautioned by the experts in the medical literature itself. Even though it is common knowledge that Doctors mostly will not come near the body and only in contested or very sensitive murders or deaths, they will do autopsies by themselves. "Therefore, it is hereby made clear that the Forensic Experts shall themselves do the autopsies with the assistance of experienced Mortuary Attendants, Scientific Officers, Technicians and Sanitary Workers and should not be left to them alone", directed the bench.

A perusal of the report procured from a Government medical college and hospital in Madurai "shocked the conscience of this Court". The bench noted that from 01.04.2019 to 15.04.2019, there were 178 post-mortems conducted by the Doctors, out of which there were 57 post-mortems of different cases (Road Accident, Murder, Poisoning, etc.). "All these 57 post-mortems are saying almost the same findings i.e, cut copy paste of the findings. Very few findings are varying in the certificates. Further, as per the CCTV footage, measurements were not taken in any of these bodies. So, it is obviously clear that all these 57 post-mortem certificates are done using cut copy paste method", remarked the bench.

"All the findings given in one post-mortem is being given in another case even without any post-mortem, which goes against the very purpose of post-mortem and it is as good as not doing post-mortem at all", said the bench.

One more shocking revelation made in the report was that even though more Doctors are said to be attending duty, the reports give the details as to how only one Doctor conducts more than 10 autopsies in a single day which is impossible. This fortified the allegations made by the petitioner that the Doctors are not conducting autopsies themselves scientifically as it is impossible for a single Doctor to do autopsies ranging from 10 to 17 per day, particularly when it was stated in the counter affidavit that duration of a post-mortem varies from 1 to 3 hours depending upon each case. "However, very shockingly, one Doctor alone has done more than 10 autopsies in a single day. This fact would show that the Doctors are not doing it, which proves the allegation of the petitioner", expressed the bench.

"The report would also reveal that the Doctors are signing the Attendance Register but they are physically not present during the duty hours. One Doctor puts his initials in different manner. If the Doctors are not regularly attending duty and still claim salary and other perks without discharge of their duties, it will tantamount to injustice to the society", said the bench.

Noting that the doctors are defrauding the Government, the bench directed that based on Biometric Attendance only, namely, depending upon the number of days attended, the salary should be proportionately paid. For the days having not attended or attended late, the salary has to be deducted. Not only Biometric Attendance, while entering as well as while leaving the hospital, attendance should be recorded.

"Unauthorised persons are doing dissections and even during the dissections, the Doctors are not going near the bodies and dictating the injuries to their assistants and noting of the injuries and findings are also not as per the format...All these are reasons to suspect malpractices and meddling with the findings of autopsies at the instance of third parties for unknown reasons", concluded the bench.

"It can be easily visualised that it is not only in Madurai Rajaji Government Medical College and Hospital, but throughout the State, the same state of affairs should be the reality", said the bench.

As per Article 621 of Tamil Nadu Medical Code, four copies have to be made ready, i.e., three copies apart from one original to be sent to the Judicial Magistrate. The second one should be given to the Police and the third one to the Head of the Department and the fourth one should be retained by the Medical Officer of the Institution for record. However, the bench noted there was a huge delay even in murder cases to hand over the copy of the post-mortem certificate to the Police as well as to the Judicial Magistrate and also to the Head of the Department and there was reason to believe as stated by the petitioner, for corrupt practices and for manipulations during those period. Therefore, the bench issued a direction that the Doctors shall follow Article 621 of Tamil Nadu Medical Code by sending the post-mortem certificate as soon as it is over to the Judicial Magistrate and send a copy to the Head of the Department on the same day failing which departmental proceedings shall be initiated against them. The Health Secretary shall issue a circular directing the Doctors to follow Article 621 of Tamil Nadu Medical Code in letter and spirit.

The bench reiterated that conducting of autopsy/post-mortem by appropriate Forensic Experts assisted by qualified persons like Scientific Officers in a scientific manner and noting of findings properly in the notes as per NHRC model are very important for the purpose of medico-legal cases. That apart, considering the above malpractices noted and deficiencies and illegalities in the preparation and issuance of post-mortem certificates, the bench found it appropriate to direct the authorities to videograph the post- mortems. "This Court is aware that it is not possible to videograph each and every post-mortem. However, it should be informed to the relatives and on their request, the post-mortem could be videographed. It should be advertised in the newspapers that at the request of relatives, post-mortem could be videographed, if not all the post-mortems. Such a course is important in view of the aforesaid conduct of Doctors since Doctors are not present at the time of autopsy. At important points, in the mortuary as well as in the dissection halls, CCTV cameras should be placed and should be operational. In case of any doubt, it could be verified", required the bench.

Besides, the bench noted that post-mortem reports are handwritten and not legible to be understood either by the Court or by the Investigating Officer conducting the investigation. Unless, it is legibly written, it is not possible for non-medical people to understand the writings of Doctors and Forensic Experts, who do autopsies. These post-mortem certificates have to be read and understood by the Investigating Officer for doing further investigation. Similarly, the Judicial Officers have to read, understand and decide criminal cases. "Therefore, Medico Legal Reports (MLRs) and Post-Mortem Legal Reports (PMRs) have to be typed", ordered the bench.

This Court Muniammal V. The Superintendent of Police and others, by order dated 16.02.2008, gave a slew of directions to be followed while conducting autopsy. The bench noted that though the said directions were given as early as in the year 2008, even after passing of one decade, all the directions have not been complied with even as per the counter affidavit filed by the respondents stating paucity of funds. "Paucity of funds cannot be an excuse for non-implementation of the order passed by this Court about 12 years ago", said the bench, directing that appropriate steps have to be taken by the authorities to implement the directions which are given in the interest of public and compliance should be reported to this Court.

In view of the above, the following directions were given while disposing of the writ petition:

(i) There shall be a direction that the Doctors shall follow Article 621 of Tamil Nadu Medical Code by sending the post-mortem certificate as soon as it is over to the Judicial Magistrate and send a copy to the Head of the Department on the same day failing which departmental proceedings shall be initiated against them.

(ii) The Health Secretary shall issue a circular directing the Doctors to follow Article 621 of Tamil Nadu Medical Code in letter and spirit.

(iii) The post-mortem certificates should be issued based on the NHRC model and following the regulations governing the same.

(iv) The Government Servants shall mark their attendance only through biometric system while entering as well as at the time of leaving the office including hospitals.

(v) Based on the biometric attendance only, depending upon the number of days attended, the salary should be proportionately paid after deducting the days for which the employees had not attended subject to their leave entitlement.

(viii) All important points in the mortuaries as well as in the dissection halls, CCTV cameras shall be placed and shall be operational at all times.

(ix) The Government shall ensure that all the hospitals where the postmortem are done are provided with sufficient set of equipments, tools and other consumables within a period of six months.

(x) The web based system namely, MedLeaPR developed by NIC, Haryana, shall be followed by all the Doctors of the Hospitals in the State of Tamil Nadu, in Government Health Institutions, Private Nursing Homes and Hospitals and this direction shall be with effect from 1st January, 2021.