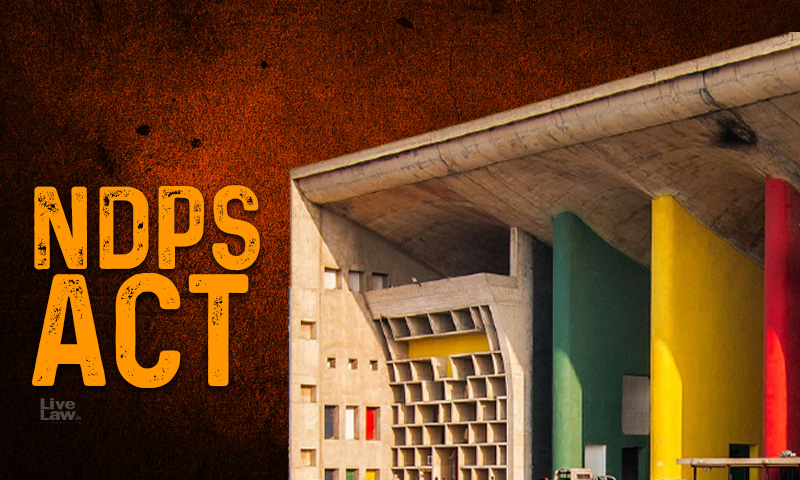 While allowing bail plea filed in connection with a drugs case, the Punjab and Haryana High Court recently rapped the Punjab Police for their "callously casual approach" towards their official duty even when the drug menace has become a deep-rooted in the state of Punjab.The Bench of Justice Meenakshi I. Mehta made this observation as it noted that in the Status reports/Reply filed in...

While allowing bail plea filed in connection with a drugs case, the Punjab and Haryana High Court recently rapped the Punjab Police for their "callously casual approach" towards their official duty even when the drug menace has become a deep-rooted in the state of Punjab.

The Bench of Justice Meenakshi I. Mehta made this observation as it noted that in the Status reports/Reply filed in the bail pleas, the police officers, without realizing the repercussions and consequent legal implications, mentioned the tablets, allegedly recovered from the accused, as 'CLAVIDOL-100 SR' tablets. However, in some paras, the tablets were described as 'CLOVIDOL-100 SR'.

"The said discrepancy reflects nothing else but their callously casual approach towards their official duty which is least expected from them because they are duty-bound to check the crime graph in the State especially in the circumstances when the drug menace has become deep rooted and is taking its toll-like a slow poison for the young generation upon which every nation pins hopes for a bright and secure future," the Court observed

An FIR was registered under Sections 22, 25, and 29 of the Narcotic Drugs and Psychotropic Substances Act, 1985 against the accused persons. Petitioner Sandeep Kumar was apprehended and from him, 1500 Clovidol 100-SR tablets, and 600 white color loose intoxicant tablets were recovered.

Further, Petitioner-Sandeep Kumar moved an application before the Court below for claiming the statutory bail under Section 167(2) Cr.P.C. while pleading that as per the FSL report, the afore-said 1500 tablets, as allegedly recovered from him, contained 'Pregabalin' which did not fall within the purview of the Act and the total weight of 600 loose tablets, reportedly containing 'Tramadol Hydrochloride' Salt, came out to be 242.088 gms which was 'non-commercial/intermediate' quantity and the Challan had not been presented in the Court within the stipulated period.

Keeping in view the factum of the petitioners having been charge-sheeted under separate heads for the recovery of the said contraband, i.e loose intoxicant tablets, falling within the category of 'non-commercial/intermediate quantity' and the period of their incarceration in connection with this case, the court allowed the bail pleas and ordered them to be released on regular bail.

However, before parting with the case, the Court expressed its deep concern and anguish over the manner in which the authorities concerned dealt with the instant case at different relevant stages.

"Even if the use of the brand names is taken to be not within the domain of the FDA...even then the fact remains that this Department is supposed to check and supervise the manufacturing of the drugs in the State so as to ensure the strict compliance of the relevant law/Rules. The subsequent use of the same brand name, i.e 'CLAVIDOL-100 SR' by the above-said manufacturer for manufacturing the tablets containing a different salt is likely to lead to grave consequences as the same can result in serious health hazards for the patients as well as the public at large," the Court remarked as it noted that only after it took notice of the said fact, the concerned authorities woke up from their deep slumber and issued the letter to the manufacturer qua the cancellation of the permission granted to it for manufacturing the drug formulations containing 'Pregabalin'.

Consequently, the Court parted with the case by terming the conduct on the part of the Authorities as highly deplorable and remarked that it speaks volumes of their questionable acts and omissions which pose a serious challenge for the State in tackling the drug menace which seems to be touching new heights with every passing day.