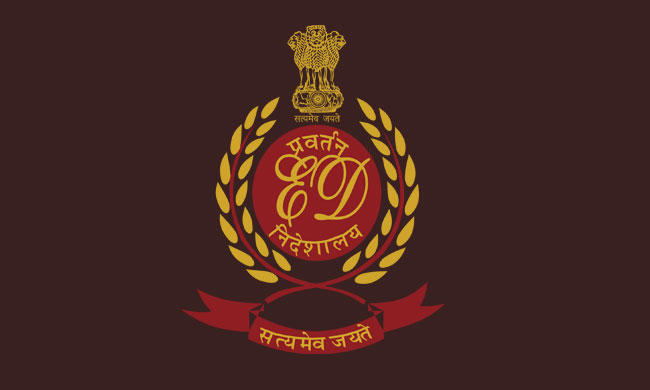 The Delhi High Court has observed that Enforcement Directorate (ED) can only investigate the offence of money laundering and cannot assume, from the material gathered by it during investigation, that a predicate offence stands committed

Emphasising that the Prevention of Money Laundering Act, 2002 empowers the ED to investigate offences under Section 3 only, Justice Yashwant Varma said:

“Its power to investigate and enquire stands confined to the offence of money laundering as defined in that Section. However, the same cannot be read as enabling it to assume from the material that it may gather in the course of that investigation that a predicate offense stands committed. The predicate offence has to be necessarily investigated and tried by the authorities empowered by law in that regard.”

The court referred to the Supreme Court judgment in Vijay Madanlal v. Union of India wherein it was held that the authorities under PMLA cannot resort to action against a person for money laundering on an assumption that a scheduled offence had been committed.

“The principles enunciated in Vijay Madanlal as well as Prakash Industries-I would lead to the inevitable conclusion that an allegation of money laundering is premised on the commission of a criminal offence,” the court said.

Justice Varma further said that the predicate offence has to be necessarily investigated and tried by the authorities empowered by law and that the primary function to investigate and try such offences remains and vests in authorities constituted under independent statutes.

“ED cannot possibly arrogate unto itself the power to investigate or enquire into the alleged commission of those offenses. In any case, it cannot and on its own motion proceed on the surmise that a particular set of facts evidence the commission of a scheduled offense and based on that opinion initiate action under the PMLA,” the court said.

The court also observed that initiation of action under section 5 of PMLA is premised on the competent authority having reason to believe that a person is in possession of proceeds of crime and that formation of such opinion is not related to the commission of a scheduled offence.

“Property, in order to be recognised even prima facie as being proceeds of crime must necessarily be preceded by ―criminal activity relating to a scheduled offence. This is also evident from the use of the expressions ―as a result of and ―derived or obtained in Section 2(1)(u) of the Act. The evidence of criminal activity would be either a First Information Report, a complaint or a chargesheet as envisaged under various statutes. However, in absence thereof it would be wholly impermissible for the ED to itself become the arbiter of whether a scheduled offense stands committed,” the court said.

It also noted that PMLA “strikes an important balance” by empowering ED to take emergent steps under section 5 on the basis of the material that it may have gathered in the course of its investigation and at the same time placing it under an obligation to transmit the requisite information to the concerned agency for necessary action in terms of section 66(2).

“What needs to be emphasised is that while the adoption of peremptory measures by the ED may be justified and are so sanctioned by the Act, it would be incorrect to construe those powers as the ED alone being entitled to adjudge or declare that a predicate offense stands committed. The Court finds itself unable to countenance such a power being conferred upon the ED under the provisions of the Act,” the court said.

The court was dealing with a plea moved by M/S Prakash Industries Limited challenging the Provisional Attachment Order dated November 28, 2018. The case related to allocation of Fatehpur Coal Block located in Chhattisgarh.

The FIR alleged that Prakash Industries had actively misrepresented in its application for allocation of a coal block certain disclosures with respect to net worth. It was alleged that while the application had set out net worth of the entity as being Rs. 532 crores, in the course of enquiry it came to light that the actual net worth was Rs. (-)144.16 crores.

However, the allocation of Fatehpur Coal Block in favour of the petitioner came to be cancelled after Supreme Court ruling in Manohar Lal Sharma v. The Principal Secretary & Ors.

On the heels of the CBI FIR, ED lodged an ECIR on identical allegations and proceeded to record that on the commission of criminal offences, ED has reason to believe that proceeds of crime were generated.

While further investigation was continuing both in respect of the FIR as well as ECIR, a complaint was lodged by ED on July 17, 2018 and the impugned provisional attachment order was passed. The allegations in the order related to the manipulation of share prices and the inducement made for the purposes of allotment of preferential shares.

Quashing the provisional attachment order, the court noted that neither the chargesheet filed by CBI nor ECIR contained allegations relating to allotment of preferential shares and the benefits derived therefrom.

It observed that despite both those proceedings being pending since 2014, ED did not deem it fit to furnish any information to CBI in order to enable it to examine whether allotment of preferential shares would evidence the commission of an offence under the IPC or any other statute.

“In fact, and till date even though more than fourteen years have elapsed, ED has failed to furnish any information to the competent agency to try, investigate or examine aspects pertaining to the preferential allotment of shares in order to ascertain whether they evidence the commission of a scheduled offence. Thus, in the considered opinion of the Court, the aforesaid facts render the impugned PAO‘s not only violative of the statutory provisions but also patently arbitrary and illegal,” the court said.

Along with quashing the impugned provisional attachment order, the court also quashed the original complaint instituted by ED.