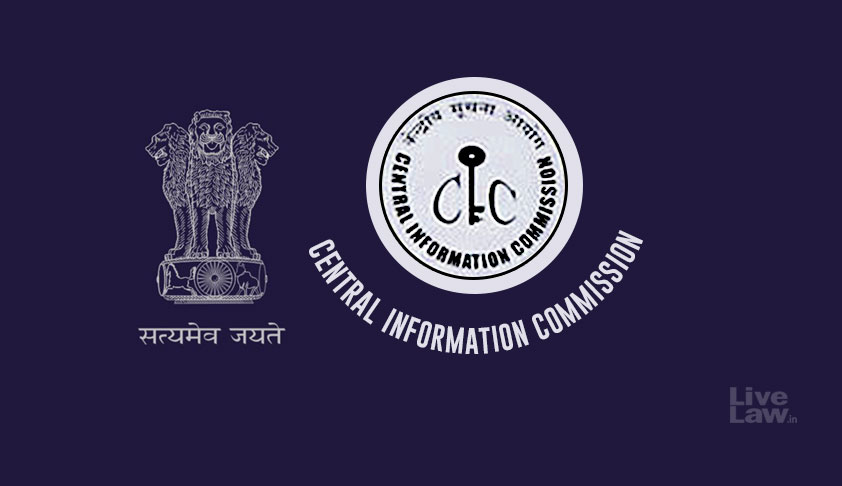 The Central Information Commission on Friday held that the Enforcement Directorate can withhold names of tax evaders and other information relating to the Panama Papers and disclosures in this regard cannot be made under the Right to Information Act, 2005.

The decision was passed in an appeal filed by one Durga Prasad Choudhary, contending that the information sought pertained to a serious matter of corruption at higher levels.

Panama Papers are documents that were created by Panamanian law firm and corporate service provider Mossack Fonseca. These documents, which were leaked by an anonymous source in 2015, contain financial and attorney-client information of various offshore entities. Allegedly, details of many Indian black money hoarders are also contained therein.

The Appellant's request seeking a list of people named in the Panama Papers along with their complete details, the action taken against them and details of the officers responsible for the delay in the investigation was turned down by the Enforcement Directorate, which claimed exemption under Section 24 read with Second Schedule of the RTI Act. This position was later upheld by the First Appellate Authority.

Section 24 states that the RTI Act shall not apply to intelligence and security organizations.

In support of his argument, Assistant Legal Advisor Rajesh Ridla, representing the Directorate referred to the judgment of the Delhi High Court in Directorate of Enforcement v. Mr. Bimal Kumar Bhattacharya, WP (C) No. 345/ 2018, wherein the court said,

A similar observation was also made in CPIO, Intelligence Bureau v. Sanjiv Chaturvedi, 242 (2017) DLT 542, clarifying that an organization specified in the Second Schedule of the Act was excluded from the purview of the Act.

In the above circumstances, the Commission perused the definition of "right to information" as entailed under Section 2 (j) of the RTI Act, as per which it means "right to information accessible under this Act which is held by or under the control of any public authority and includes…"

In this context, a reference was also made to decision of the Supreme Court in Khanapuram Gandaiah v. Administrative Officer & Ors., SLP (C) No. 34868/2009, whereby the court held,

"Under Section 6 of the RTI Act, an applicant is entitled to get only such information which can be accessed by the "public authority" under any other law for the time being in force. The answers sought by the petitioner in the application could not have been with the public authority nor could he have had access to this information and Respondent No. 4 was not obliged to give any reasons as to why he had taken such a decision in the matter which was before him".

"Keeping in view the facts of the case and the submissions made by both the parties and in the light of the decision of the Superior Courts granting protection to the Respondent Public Authority under Section 24 of the RTI Act, 2005, no further intervention of the Commission is required in the matter," Information Commissioner Bimal Julka said.