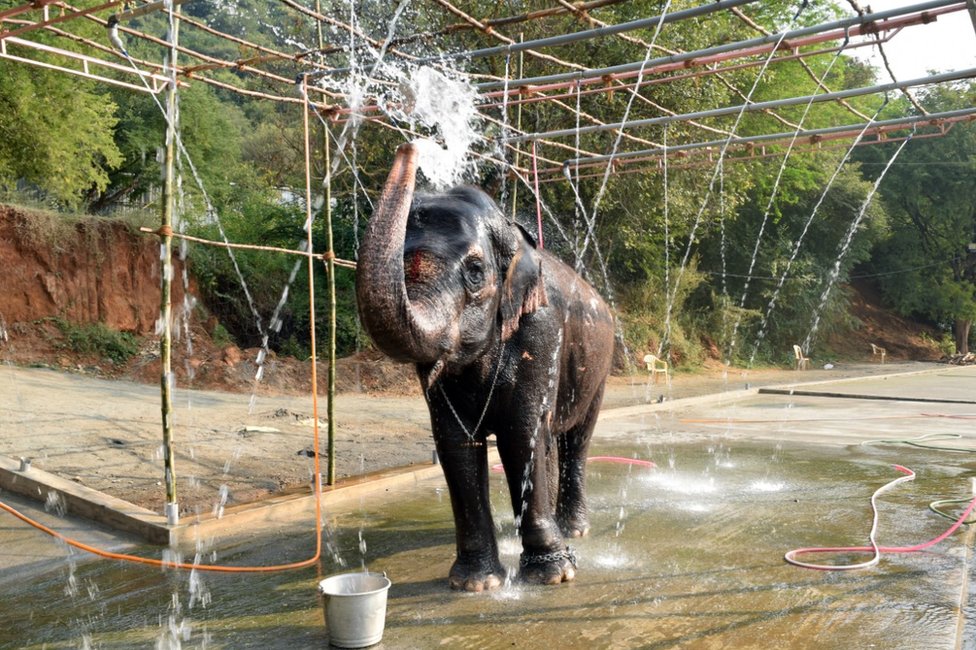 In an interesting judgment, the Madras High Court has permitted a man to keep the custody of an elephant even though he was not having the requisite transfer certificate under the Wildlife Protection Act to keep its possession.While passing the extraordinary order, a single bench of Justice GR Swaminathan took note of the emotional bonding which the animal has developed with its caretaker...

In an interesting judgment, the Madras High Court has permitted a man to keep the custody of an elephant even though he was not having the requisite transfer certificate under the Wildlife Protection Act to keep its possession.

While passing the extraordinary order, a single bench of Justice GR Swaminathan took note of the emotional bonding which the animal has developed with its caretaker over past 20 years.

"She has developed a great bonding with her caretakers. Forcible relocation in alien surroundings is sure to traumatize her", the bench observed about the female elephant named 'Lalitha'.

The Court was dealing with a writ petition filed by one Sheik Muhammed who was challenging the move of the state wildlife department to take custody of "Lalitha". Though he had made an application seeking ownership certificate, the department rejected it. The petitioner said that he had been maintaining the pachyderm since 2000, after purchasing it from another person. Lalitha was originally purchased by one G.Thangappan to whom the department issued certificate of ownership in 1988. She then changed hands and ultimately reached Shek Muhammed in 2000.

The department pointed out that as per Section 39(3) of the Wildlife Protection Act, one should get prior permission from the authorities for transferring the ownership of a wild animal. The previous sales of Lalitha were not carried out with such permission of the department. Therefore, the petitioner's possession of the elephant was illegal, said the department in the counter-affidavit filed before the Court.

The bench agreed with the stand of the department legally.  The logical consequence of the department's stand will be that the elephant will have to be surrendered to its custody.  This the bench found difficult to accept, having regard to the bonding developed by the animal with its caretaker and his family for over twenty years.

"Elephants are known to be sensitive and possessed of self awareness.They have passed what is known as "mirror test". The German naturalist Peter Wohlleben, after years of direct, personal observation,says that animals also feel the very same emotions which the humans are capable of. Feelings of love, grief and compassion are equally found in the animals", Justice Swaminathan observed in the judgment.

Referring to Article 51A(g) of the Constitution and the SC judgment in the case Animal Welfare Board of India Vs. A.Nagaraja and others, the court held that "Lalitha is entitled to express her normal patterns of behavior".

Lalitha has been with the writ petitioner for more than twenty years. The State did not intervene and take her away all these years. It is not as if the writ petitioner was keeping her secretly. The department was issuing directives from time to time and they were complied with by the petitioner. Micro chip has been implanted in her body so that her movements can be tracked, the court noted.

The Court said that the peculiar case demanded the approach taken in child custody matters.

"When I reached the spot, I found her being sumptuously fed. What pleased me was that she was not at all chained. Subhahani, the petitioner's nephew is her caretaker along with two mahouts. I checked if there are any injury marks on her. There were none. The elephant looked happy and healthy.Subhahani encouraged me to stand close to her and feed her which of course I did. Lalitha exhibited great friendliness. The mahouts in the temples of Tamil Nadu and Kerala would do well to take a leaf out of Subhahani's handling of Lalitha and treat their wards appropriately", the judge noted with appreciation.

The court also noted that Lalitha is taken to temple functions for her "majestic participation" and that her "dignity is maintained intact" as she was not used for begging.

"Lalitha has been accustomed to a certain lifestyle all these years. She changed hands from 1988 to 2000. But she has been in the custody of the petitioner for the last twenty years. She has been attending religious functions. She is being fed well. She is in good health. In fact, the veterinarians appointed by the department have certified that she is being maintained properly by the petitioner.Removing her from the petitioner's custody is sure to inflict a deep psychological wound on her", the judge observed.

Therefore, the court concluded that it was not in her best interest to allow the department to take her custody.

"Applying the yardstick of what is good for Lalitha, I have to hold that the present arrangement should continue. Lalitha should continue to be with the petitioner and participate in the religious functions hosted in the region", the court concluded.

Justice Swaminathan also interacted with the owner of the coconut groove where Lalitha is kept. The owner assured that the land will not be sold or encumbered during the lifetime of Lalitha.

"She also gets copious amounts of water to drink and to bathe. The ambience is highly conducive", the Court noted.

The Court said in this case "the rights of the animal are more relevant and they determine the adjudicatory outcome and not the formal validity of the administrative order".

Though the court upheld the department's order refusing transfer certificate, it permitted the petitioner to keep the custody of the elephant.

The petitioner was directed to intimate in writing the annual itinerary to the authorities upon which they should give standing permission. The respondents are at liberty to inspect the animal at any time, the court clarified. The court added that it is open to the parties to seek variation of the arrangement if the circumstances warrant.

Last year, a similar case was considered by the Supreme Court. A mahout filed a habeas corpus petition seeking the custody of the elephant which was seized by the department from him citing lack of ownership certificate. The petitioner claimed that the animal has developed special emotional bonding with him and his family over the past 13 years. Since the Supreme Court was not inclined to entertain the plea, it was withdrawn.