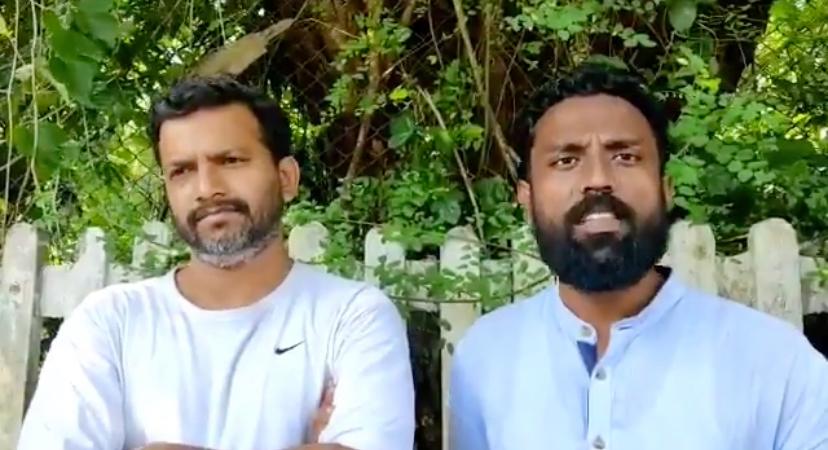 A special court in Mumbai on Friday extended till September 19 the NIA remand of three members of Kabir Kala Manch arrested in connection with the Koregaon Bhima- Elgar Parishad case. Sagar Tatyaram Gorkhe(32), Ramesh Murlidhar Gaichor (36) and Jyoti Raghoba Jagtap (33), who were arrested earlier this week, were produced before special NIA Judge D E Kothalikar on Friday after their...

A special court in Mumbai on Friday extended till September 19 the NIA remand of three members of Kabir Kala Manch arrested in connection with the Koregaon Bhima- Elgar Parishad case.

Special public prosecutor Prakash Shetty, appearing for NIA, said further custody was required as the allegations against the three were serious, the case involved deep-rooted conspiracy and required detailed probe.

Advocate Nihalsingh Rathod, appearing for Gorkhe and Gaichor, submitted that since he has not received a copy of the remand report,  he is not in a position to make submissions on the point of remand extension.

Refusing to accept this, he submitted that unless and until he receives a copy of the remand report and takes instructions from his clients, he will not make submissions.

In view of the refusal of the advocate to make submissions, the court said that it had no option than to proceed further.

The accused submitted that they were being compelled to make confessional statements. In this regard, the court said that "care has been taken by the law as to confession obtained by force or otherwise".

The Court said that at this stage, it cannot be said that there is substance in the objections raised by the accused on the point of forceful confessions.

The Court also refused to record the proposed statement of the accused that NIA was forcing them to make confessions.

"Since at the stage of remand the court is required to inquire with the accused about the ill-treatment at the hands of police only but the tenor of the proposed statement of the accused is on the point of forcing them to make confessional statement, therefore court is not supposed to record it. Hence, it was not recorded", the order stated.

The NIA's prosecutor submitted that the accused persons had hatched a conspiracy to "promote enmity between the caste and led to violence resulting in loss of life and state".

The three need to be confronted with data recovered from the other accused in the case, the prosecutor told the court.

The NIA court extended the custody of the three till September 19.

As per the allegation of the NIA, Kabir Kala Manch, a Pune-based cultural organization with the stated objectives of spreading anti-caste and pro-democracy messages, is a frontal organization for banned CPI(Maoist) organization.

The case against them relates to the Elgar Parishad event of December 31, 2017, organized by the Kabir Kala Manch at Shaniwarwada in Pune.

According to the investigating agency, the songs and speeches at the meeting allegedly incited the violent events at Bhima-Koregaon in Pune the next day, during the commemoration of the 200th year of the Bhima-Koregaon battle.

Chargesheet against these ten arrested persons were filed in February 2019.

The probe was taken over by the NIA in January this year, after which the Central agency held activists Anand Teltumbde and Gautam Navlakha in April and Delhi University professor Hanybabu in July.

With the arrests of Gorkhe, Gaichor and Jagtap, a total number of 15 persons have been arrested in the case.