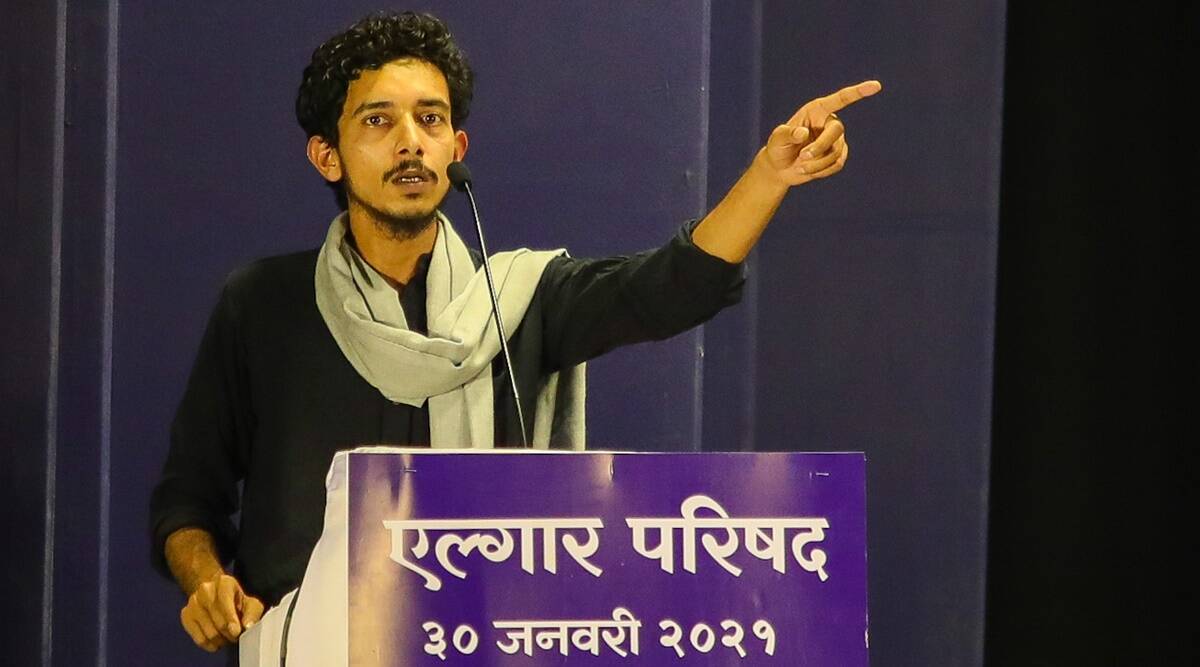 Former Aligarh Muslim University (AMU) student leader, Sharjeel Usmani (23) has approached the Bombay High Court for quashing the FIR registered against him, in Pune, for his speech at the Elgaar Parishad. On February 2, 2021, the Swargate Police station, Pune, registered an FIR against Usmani under section 153A (Promoting enmity between different groups on grounds of religion,...

Subscription starts from
₹ 599+GST
(For 6 Months)
View Plans
Premium account gives you:
Subscribe Now
Already a subscriber?
Login
Former Aligarh Muslim University (AMU) student leader, Sharjeel Usmani (23) has approached the Bombay High Court for quashing the FIR registered against him, in Pune, for his speech at the Elgaar Parishad.

On February 2, 2021, the Swargate Police station, Pune, registered an FIR against Usmani under section 153A (Promoting enmity between different groups on grounds of religion, race, place..) of the IPC on a complaint by the secretary of the Bhartiya Janta Yuva Morcha, Pradeep Gawade. Gawde is a former member of ABVP.

It was alleged that Usmani made offensive statements against the 'Hindu community,' 'Indian Judiciary' and 'parliament'.

Usmani has denied these allegations stating that there was not an iota of disharmony violence or discomfort that occurred at the venue before or after his speech. He says that such FIRs are designed to 'vitiate' communal harmony in society and in effect curb free speech by initiating the juggernaut of the criminal justice system.

In his petition filed though advocate Aditi Saxena, Usmani has said that on January 30, 2021 he gave a speech at a peaceful gathering organized to commemorate the anniversary of the Battle of Bhima Koregaon, in Pune.

Former justice BG Kolse Patil, author Arundhati Roy and journalist Prashant Kanojia were some of the dignitaries present at the event, he has said.

Usmani, in his petition, states the FIR is frivolous, baseless and has been registered on the basis of a select few statements taken "out of context." "The petitioner in his speech has identified a problem in the social construct of this day, and has concluded with a solution to the problem," the petition reads while annexing his speech.

He claims to have used certain strong remarks only to identify the problem. Usmani says that the gist of his speech is to fight hatred with constant dialogue with people who do not share the same ideological views.

Usmani argues it is ironic that his speech is being portrayed as offensive. "It is a settled position of law that the effects of that words must be judge from the standards of reasonable, strong-minded, firm and courageous men and not those who scent danger in every hostile point of view," the petition states.

The petition further states that the FIR does not disclose any intention to incite people to violence, to attract sections of 153A of the IPC.

Usmani says that the FIR is a protracted modus operandi of misrepresenting what is said, with social media. "This modus operandi is targeted at those who seek, within the construct of constitutional protection, to identify the ills that plague the nation and offer course correction," the petition states.

As for his own credentials, Usmani says that he is a political science graduate from AMU. He was the co-founder of the AMU Literary Festival credited for being the only non-corporate sponsored festival in the country.