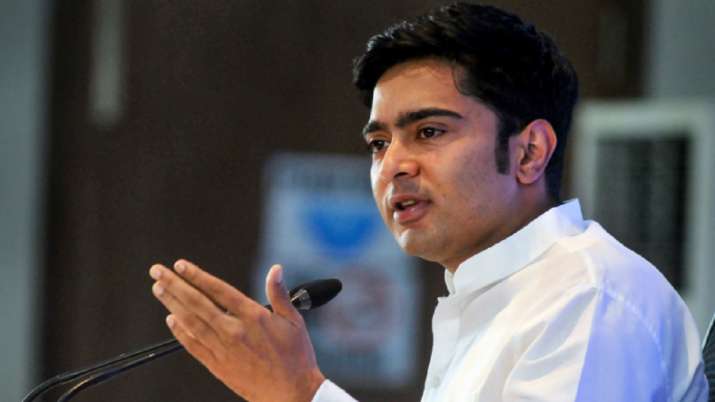 The Enforcement Directorate on Tuesday opposed the petition filed by All India Trinamool Congress MP Abhishek Banerjee and his wife before the Delhi High Court seeking quashing of summons issued to them by the agency in connection with West Bengal coal scam case.Justice Yogesh Khanna heard Solicitor General of India Tushar Mehta appearing for the Respondent, Enforcement Directorate in...

The Enforcement Directorate on Tuesday opposed the petition filed by All India Trinamool Congress MP Abhishek Banerjee and his wife before the Delhi High Court seeking quashing of summons issued to them by the agency in connection with West Bengal coal scam case.

SGI began with apprising the Court about the pendency of questions being referred to a three judge bench of the Supreme Court on the applicability of Chapter 12 of CrPC to offences under Prevention Of Money Laundering Act.

Relying on the preliminary reply filed by the ED, SGI submitted that some of the issues pending adjudication were that: first, whether the procedure contemplated under all the provisions of Chapter 12 of CrPC is required to be followed by by the officer while commencing or continuing investigation under PMLA? and second, when the statement is recorded under sec. 50 of PMLA, whether reliance on the statement recorded by officers or ED violates Art. 20(3) of the Constitution of India?

SGI vehemently opposed the argument put forth by Senior Advocate Kapil Sibal appearing fot the petitioners who had submitted before the Court that application of sec. 160 CrPC has got nothing to do with Enforcement Directorate's power to investigate the matter or its impact on Prevention of Money Laundering Act.

Accordingly, SGI submitted that the PMLA overrides the contents of provisions of CrPC.

"Here is one plea filed by a gentlemen and one filed by a lady who have challenged the summons issued under sec. 50 of PMLA. There are two questions which arise here, can the Supreme Court or High Court or any other Constitutional Court interdict the proceedings at the stage of summons?" SGI argued.

"It's like saying, I'm not getting married to this woman, I'm only solemnizing the marriage," he added.

Placing reliance on the judgment of King Emperor v. Khwaja Nazeer, SGI said that the Court dealing with similar issues have not been interfering with the said Judgment when referred by the agency on a daily basis.

On the other hand, Sibal argued that while he is not challenging or questioning ED's power to investigate or summon anyone in the matter, however, the agency is obligated to investigate within the jurisdiction of the Police Station or where Banerjee resides.

"I'm not challenging your right to investigate or right to interrogate or arrest me. I'm not asking for any blanket order of no coercive step. I'm just saying, please interpret sec. 160 CrPC in the context of sec. 65 of PMLA," Sibal argued.

"You (ED) say come to Delhi but on what basis? That sec. 160 CrPC doesn't apply. Why? Because I have an all India jurisdiciton so I can call you anywhere I like."

Sibal argued that the submission of the ED claiming the petition at the stage of summon is premature cannot be accepted as he was raising a legal issue which is is legally entitled to.

"It's not a matter of our ego, it's their ego. How can we possibly challenge the great Government of India to say that no come here and interrogate me," he said.

The matter will now be heard on Thursday.

Filed through Advocates Rupin Bahl and Angad Mehta, the petition states that both Banerjee and his wife have not been named neither in the CBI FIR nor in the complaint registered by the ED in New Delhi under sec. 45 of PMLA.

The plea therefore states that the agency "cannot assume investigative powers in respect of allegations of money laundering arising in the scheduled offence as the same could only have been investigated into by the concerned zonal office at Kolkata."

"The Respondent has repeatedly summoned the Petitioner No. 1 and 2, for examination in person, at New Delhi without supplying a copy of the ECIR and without specifying whether the Petitioners are being summoned as witnesses or accused, nor indicating the scope of the investigation being carried out. It is submitted that the Respondent cannot be allowed to exercise the threat of prosecution and penalty inherent under Section 50 of the PMLA to coerce persons to become witnesses against themselves and violate the fundamental protection under Article 20(3) of the Constitution of India, 1950," the plea states.

"The Petitioners further have serious apprehensions about the fairness of the investigation being conducted by the Respondent owing to the fact that the Respondent is adopting a pick and choose attitude with respect to certain persons and is giving undue benefit and protection to complicit individuals and in return extracting false, baseless and malicious statements from them."

The plea also states that the Agency is selectively leaking information to the media "with the intent of harming their reputation and encouraging a media trial in order to falsely embroil them in baseless and scandalous allegations."

Title: ABHISHEK BANERJEE AND ANR. v. DIRECTORATE OF ENFORCEMENT, REPRESENTED BY ITS ASSISTANT