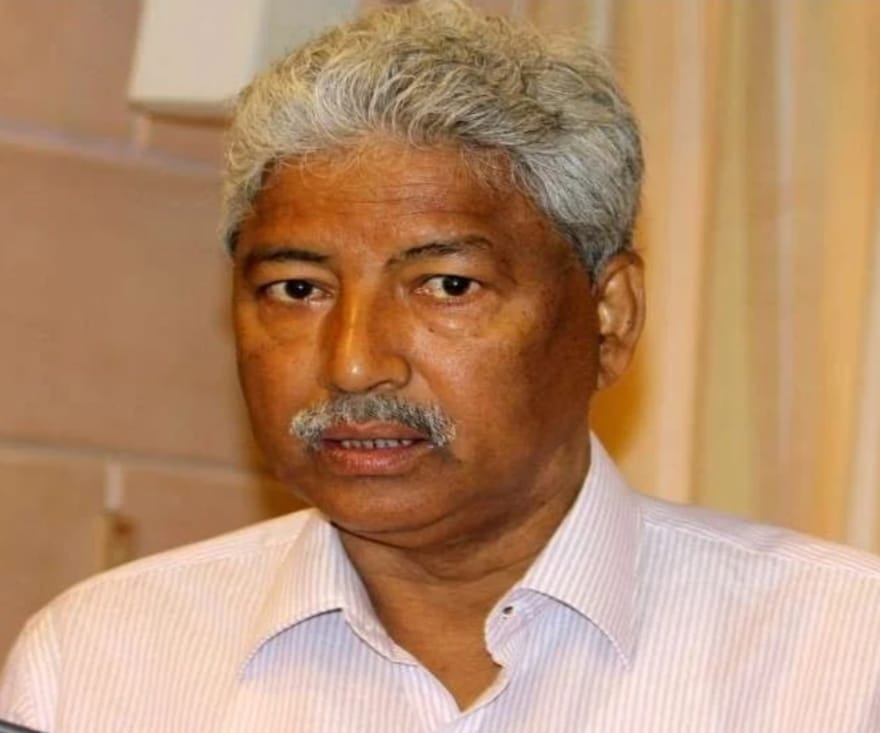 "Considering the age of the accused-applicant, his health condition and his long incarceration in jail and so far, no evidence of money trail involving him having been unearthed by the C.B.I., it would be appropriate to enlarge the accused-applicant on bail", the order stated.

The accused along with his co-conspirators had allegedly misappropriated funds from the Uttar Pradesh State Power Sector Employees Gratuity Fund and the Uttar Pradesh State Power Sector Employees Pension Fund to invest in private sector entities in order to incur huge illegal commission. Such illegal investments were done in abject violation of the Companies Act, 1956, Employees Provident Fund and Misc. Provisions Act, 1952 and provisions of the Indian Trust Act, 1882 as well as Rules framed thereunder.

Further, the prosecution had alleged that General Provident Fund (GPF) contributions to the tune of Rs.2631.20 crores were invested in Diwan Housing Finance Limited (DHFL), a company incorporated under the Companies Act. Similarly, an amount of Rs.1491.5 crores from the Contributory Provident Fund was alleged to have been invested in the DHFL. Accordingly, the concerned funds had suffered a huge loss to the tune of Rs.2267.9 crores (Principal Amount) besides interest. The accused had allegedly made such investments in DHFL for personal gain, the record suggested.

Upon perusal of the rival contentions, the Court observed that the CBI had been investigating the offence for nearly two years. Further, it was noted that the accused is 70 years old and has been suffering from various ailments including a heart condition.

Opining on the evidence submitted, the Court remarked,

"Except for few documents allegedly signed by him, authorizing investment in PNB Housing, LIC Housing and DHFL, there is no document on record regarding his involvement in the commission of the offence"

Further, the Court observed that the co-accused Abhinav Gupta who was allegedly the 'kingpin' of the whole scam according to CBI, had stated that around Rs.30 Crores commission was divided amongst the accused, his father, P.K. Gupta and Sudhanshu Dwivedi (then Director, Finance). However, the Court opined that there was inadequate evidence to this effect.

"C.B.I. has not been able to unearth so far any money trail involving the accused-applicant to have received part of the commission allegedly given by the DHFL or the PNB Housing Company. It appears that the case of the present accused-appliant is different than that of Praveen Kumar Gupta, Secretary of the Trust and Sudhanshu Dwivedi, Director (Finance)", the Court opined.

It was also noted that both co-accused persons in the instant case i.e. Abhinav Gupta, the alleged 'kingpin' as well as Vikas Chawla had been granted bail by the Supreme Court. The Court also observed that the accused was not in a position to tamper with any documentary evidence or be a potential flight risk. The CBI also apprised the Court that it would take upto September 2021 in all likelihood to complete the pending investigation and file a supplementary chargesheet.

Accordingly, the Court ordered the accused to be released on bail pursuant to the furnishing of a personal bond and two sureties. The following conditions were imposed by the Court in the bail order,

(i) The applicant shall make himself available as and when the investigating officer requires his presence for the purpose of investigation. He shall not tamper with the evidence or influence the witnesses.

(ii) The applicant will surrender his passport before the trial Court.

(iii) The applicant shall file an undertaking to the effect that he shall not seek any adjournment on the dates fixed for evidence when the witnesses are present in court. In case of default of this condition, it shall be open for the trial court to treat it as abuse of liberty of bail and pass orders in accordance with law.

(iv) The applicant shall remain present before the trial court on each date fixed, either personally or through his counsel. In case of his absence, without sufficient cause, the trial court may proceed against him under Section 229-A of the Indian Penal Code.

(v) In case, the applicant misuses the liberty of bail during trial and in order to secure his presence, proclamation under Section 82 Cr.P.C. is issued and the applicant fails to appear before the court on the date fixed in such proclamation, then, the trial court shall initiate proceedings against him, in accordance with law, under Section 174-A of the Indian Penal Code.

(vi) The applicant shall remain present, in person, before the trial court on the dates fixed for opening of the case, framing of charge and recording of statement under Section 313 Cr.P.C.