Idea Of Establishment Of SC Bench Outside Delhi Has Not Found Favour With Supreme Court:Law Ministry [Read Letter] 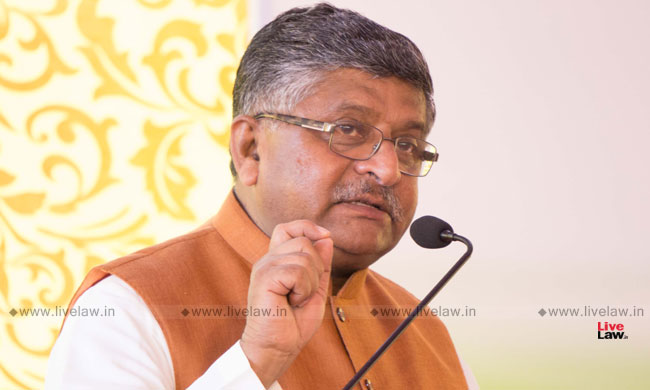 Declining the demands for establishment of regional benches of the Supreme Court, the Union Law Minister Ravi Shankar Prasad has said that the motion has not found favour with the top court.

Pertinently, Article 130 of the Constitution stipulates that the Supreme Court shall sit in Delhi or in such other place or places as the Chief Justice of India may appoint, with the approval of the President.

In this backdrop, he said,

The clarification comes in response to a representation made by MDMK leader Vaiko during the Zero Hour in Rajya Sabha on November 27, 2019. He had sought establishment of SC benches in South India, citing linguistic and economic barriers.

Inter alia, the Law Ministry has pointed out that a related issue is already pending before the Supreme Court in the National Court of Appeal case.

"In Writ Petition WP (C) No. 36/2016 on establishment of National Court of Appeal, the Supreme Court vide its Judgment dated 13.07.2016 deemed it proper to refer the aforementioned issue to Constitutional Bench. The matter is pending in the Supreme Court," the letter read.

The issue of establishment of SC benches has been raised several times. Recently, Vice President Venkaiah Naidu favored the setting up of regional benches for the Supreme Court in four major cities.

"It is high time to have Supreme Court Benches in at least four major cities. One could be established in Chennai to start with," he said.

A similar recommendation was also made by the Law Commission in its 229th Report titled "Need for division of the Supreme Court into a Constitution Bench at Delhi and Cassation Benches in four regions at Delhi, Chennai/Hyderabad, Kolkata and Mumbai".