'Every Sunset Will Be Followed By A Sunrise': Chhattisgarh HC CJ PR Ramachandra Menon 'Gifts' Rs. 10,000 To Advocate Forced Into Basket Weaving Amid Pandemic 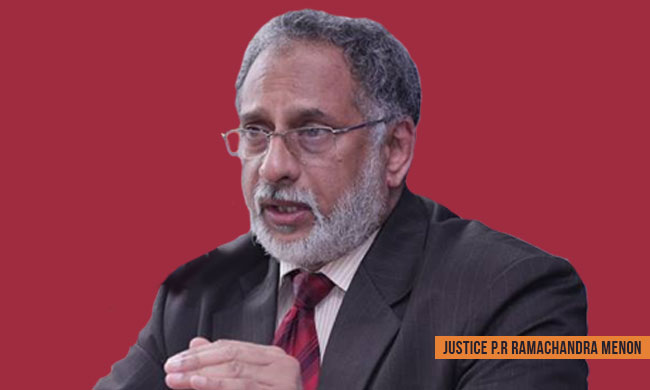 Chief Justice of the Chhattisgarh High Court, Justice PR Ramachandra Menon recently gifted a sum of Rs. 10,000/- to a first generation Advocate based in Tamil Nadu, who was constrained to take up his traditional job of basket weaving, amid the COVID-19 crisis.

As reported by the Times of India last week, 34 year old Uthamakumaran was forced back into his traditional job, as he was rendered "penniless" amid the Covid induced lockdown.

"Since I had to eke out a living, I was ready to do any work. But the only other work I know was my ancestral vocation of weaving baskets from wild date palm fronds," he told the ToI.

Appreciating his "commitment" to the dignity of labour, Chief Justice Menon wrote,

"Enclosed please find a cheque for a sum of Rs. 10,000….This is not a donation or a contribution out of any sympathy, but a 'gift' you deserve in recognition and appreciation of your concept/commitment to the 'dignity of labour'." 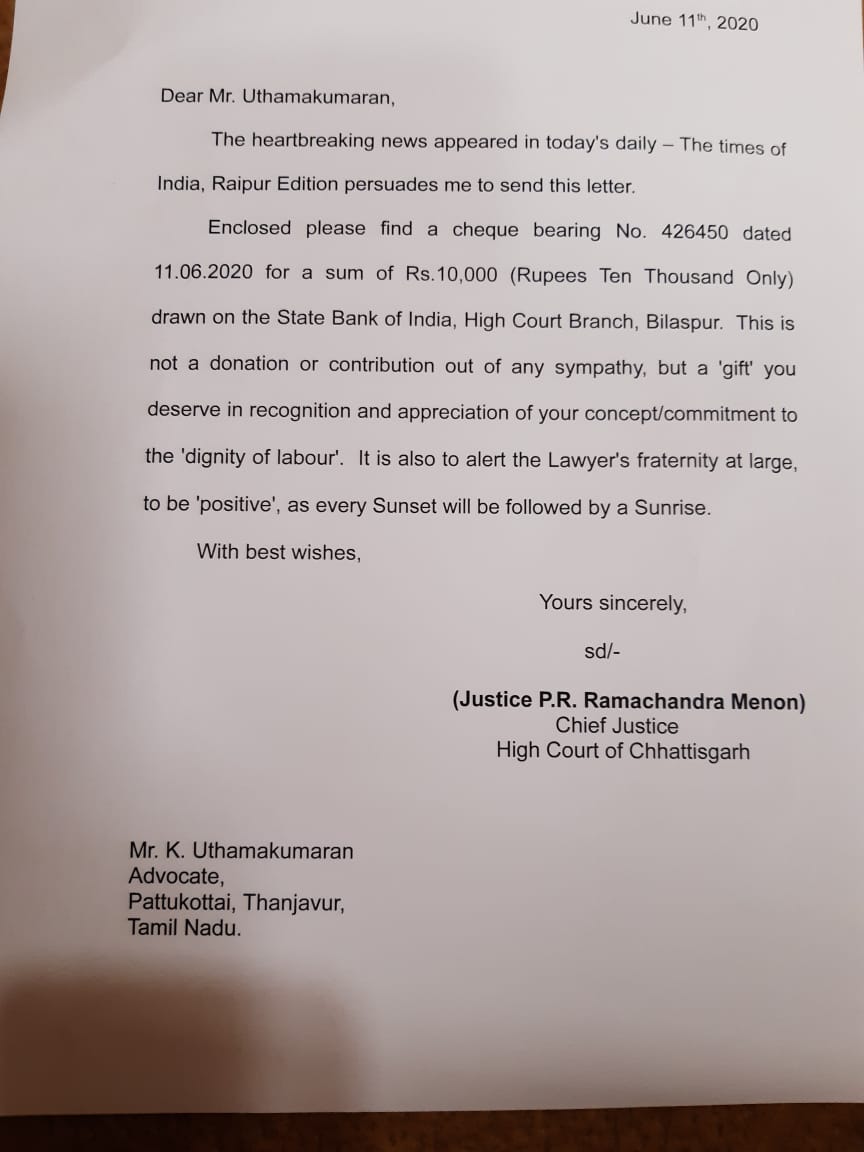 Uthamakumaran, hails from the tribal malai kuruvar community. He told ToI that after completing his law graduation in 2010, he had been practicing at the Pattukotai court in Thanjavur. He used to earn an income of about Rs 25,000 per month before the pandemic hit.

Persuaded by this "heartbreaking news," Chief Justice Menon reached out to Uthamakumaran and appreciated his commitment with a token of appreciation.

He added that Uthamakumaran's story 'alerts' the Lawyer's fraternity at large "to be 'positive', as every Sunset will be followed by a Sunrise."