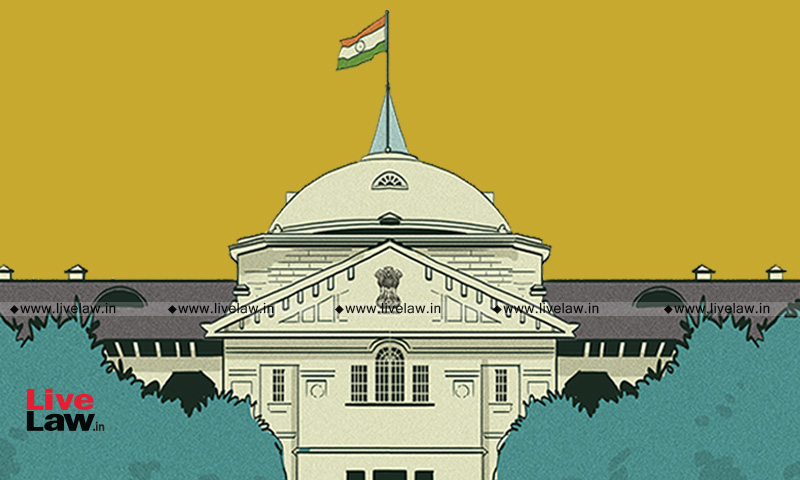 The Allahabad High Court recently acquitted a man convicted for raping and murdering a minor girl and facing the death penalty, having found the evidence of the deceased being last seen with the accused-appellant before the alleged incident as not convincing.Importantly, the Bench of Justice Manoj Misra and Justice Sameer Jain also observed that there must have been immense pressure on the...

The Allahabad High Court recently acquitted a man convicted for raping and murdering a minor girl and facing the death penalty, having found the evidence of the deceased being last seen with the accused-appellant before the alleged incident as not convincing.

Importantly, the Bench of Justice Manoj Misra and Justice Sameer Jain also observed that there must have been immense pressure on the police to solve the case and opined that the accused-appellant was named on mere suspicion, and not on evidence, to solve the case.

"When we bear all this in mind, we apprehend that the accused-appellant was named on mere suspicion, and not on evidence, to solve out the case, particularly, when neither a missing report nor an FIR was lodged till after expiry of few hours from the discovery of the body, even though, allegedly, the victim had been missing since the evening of 06.08.2020," the Court held.

The father of the deceased minor filed an FIR alleging that her daughter had been enticed away by the appellant on August 6, 2020, and thereafter, on August 8, 2020, she was found dead.

The FIR was registered for offences punishable under Sections 363, 302, and 201 I.P.C. and the appellant/Govinda was arrested on August 9, 2020. On the filing of the charge sheet, the Special Judge, Pocso Act /First Additional Sessions Judge, Jaunpur framed the charge under Sections 363, 302, 201, 376 A B I.P.C. and Section 5/6 Pocso Act against the appellant and began the trial.

During the trial, the younger sister of the deceased, about 6 years old submitted that she and her elder sister were on way to the Bazaar when Govinda (the appellant) bought her a toffee and sent her back and he went away with her elder sister, however, she didn't disclose the time when she allegedly went with her sister (the deceased) and the accused (the appellant) offered her toffee.

One Sushil Kumar submitted that on August 6, 2020, itself, he gave information to the police regarding the involvement of Govinda by dialing 112 and that he saw Balgovind taking away the deceased, however, he didn't disclose the time when he saw the appellant (accused) with the deceased or her sister.

Further, the shop owner deposed that Govinda @ Balgovind (appellant) came to his shop with one girl and purchased a packet of biscuits worth Rs. 5, at that time, he could not recognize the girl but, later, when the body was recovered, he came to know that the deceased was the girl who had come to the shop with the appellant.

However, in his cross-examination, he improved his statement by stating that Govinda (appellant) had purchased salted snacks, toffee, and biscuit also (for the deceased and her sister), and had sent back the younger daughter, after giving her toffee, and had taken deceased with him

Upon finding that the accused was aged 25 years and the deceased was aged below 12 years, the trial concluded that the case warranted a death penalty by taking into account the following circumstances having proved against the accused-appellant proved:

At the outset, the Court, found very little in the statement of the younger sister on the basis of which it could conclude that the deceased was last seen alive in the company of the appellant on or about the evening /night time of August 6, 2020.

Further, the Court noted that the statement of Sushil Kumar was equally inconsequential to carry the last seen theory forward as he also didn't disclose the time as to when he saw the deceased in the company of the appellant.

Lastly, the court also discarded the deposition put forth by the Shop Keeper, as the Court noted that it was based more on his thoughts than knowledge. "Such an evidence may, at best, create suspicion but would not partake the character of proof," the Court added.

The Court also noted that in any view of the matter, the prosecution evidence could not complete the chain of circumstances to prove the guilt of the accused-appellant by excluding all other hypothesis.

Against this backdrop, the Court came to a firm conclusion that the prosecution evidence may, at best, give rise to a suspicion against the appellant but fails to prove the circumstances of a conclusive nature and tendency from which we may, with certitude, hold that the accused has committed the crime.

For the foregoing reasons, the Court held that the prosecution had failed to prove the charges for which the accused-appellant was tried and, therefore, the judgment and order of the court below was liable to be set aside.

As a result whereof, the reference to affirm the death penalty was rejected. The appeal of the appellant was allowed.