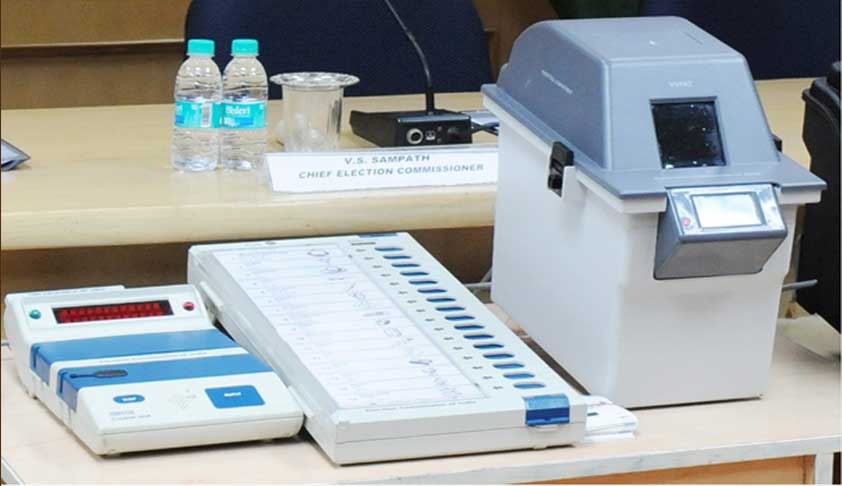 x
The Court held that production of EVM models cannot be sought on RTI application.

The Delhi High Court on Tuesday quashed the order of theCentral Information Commission which had held that Electronic Voting Machines are within the definition of 'information' under section 2(f) of the RTI Act.

The HC Single Bench of Justice Jayant Nath noted that the Central Information Commission erroneously passed an order in favour of the person who had asked for the production of the EVM machine itself, in his RTI application. The Court held that production of EVM models cannot be sought on RTI application.

On April 20 2018, a person named Razak Haider had filed an application before the Election Commission, asking for the production of the EVM machine itself. According to him, as per Section 2(f) and 2(i) of the RTI Act, the definition of 'information' and 'record' included model or any sample. Hence, an EVM qualifies as 'information' and should be provided to him under Section 6(1) of the RTI Act, the RTI applicant contended.

The said application was rejected by both the CPIO as well as the appellate authority by orders dated 02/05/18 and 18/06/18 respectively.

Aggrieved by the same, the said person had filed an appeal before the CIC which went on to hold that the EVM machines are within the ambit of information under the RTI Act. Referring to Section 2(f) of the RTI Act, the Commission observed:

"Thus, the EVM which is available with the respondent in a material form and also as samples, as admitted by the respondent during the hearing, is an information under the RTI Act."

Challenging the order of CIC, the Election Commission of India had moved the High Court, by pointing out that the RTI watchdog failed to acknowledge the fact that the ECI doesn't maintain models or samples of EVM for the purpose of section 2(f) of the RTI Act.

It was also argued that as per Article 324 of the Constitution, the ECI has the plenary powers in matters related to conduct of elections. Moreover, CIC should've taken into record that ECI is an expert body with respect to elections.

The poll panel had further argued that EVM is integral to the conduct of elections in India and its unregulated disclosure may lead to the threat to the purity and fairness of elections.

Lastly, it was contended that ECI's Manual has various provisions to ensure transparency in the use of EVMs as well as for the supervision of all the stakeholders involved in the election process.