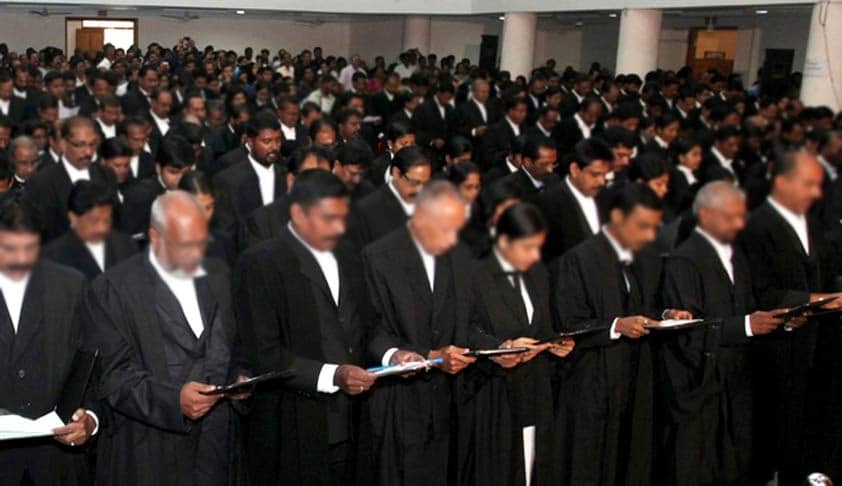 The Delhi High Court has issued notices on a plea challenging the levy of exorbitant enrollment and other fees by the Bar Council of Delhi and the Bar Council of India. The plea filed by Ankit Gupta, a student at NLIU Bhopal states that Section 24(1)(f) of the Advocates Act, 1961 provides that for being admitted as an advocate, a person belonging to the General category has to pay Rs....

The plea filed by Ankit Gupta, a student at NLIU Bhopal states that Section 24(1)(f) of the Advocates Act, 1961 provides that for being admitted as an advocate, a person belonging to the General category has to pay Rs. 600 to the State Bar Council and Rs. 150 to the Bar Council of India.

However, contrary to the aforesaid legislative mandate, the Bar Council of Delhi charges an additional fee of Rs. 8,350 (excluding Rs. 1,000 towards enrollment form) and an additional amount of Rs. 3,000 towards circulation fee, in case, an applicant wishes to expedite the process of his enrolment.

Issuing notices on the petition, Justice Navin Chawla posted the matter for 13th May, 2020.

The Petitioner has contended that in addition to the prohibition as prescribed by the provisions of the Advocates Act, 1961, even the Bar Council of India Rules do not permit State Bar Councils to levy such an additional fees towards enrolment and circulation. Hence, such an additional and exorbitant levy of additional enrolment and circulation fees is illegal, arbitrary and de hors the provisions of the Advocates Act, 1961.

Reliance was placed on the Supreme Court ruling in Ahmedabad Urban Development Authority v. Sharadkumar Jayantikumar Pasawalla and Ors., (1992) 3 SCC 285, whereby it was held that

"…It has been consistently held by this Court that whenever there is compulsory exaction of any money, there should be specific provision for the same and there is no room for intendment. Nothing is to be read and nothing is to be implied and one should look fairly to the language used…"

The Petitioner also referred to a ruling of the Kerala High Court in Koshy T. v. Bar Council of Kerala and Ors., ILR 2017 (3) Kerala 201, wherein it was stated,

"since, the Parliament has consistently enunciated its clear objective and policy by engrafting a specific provision under Sec. 24(1)(f) for enrolment fee chargeable shall be limited to ' 750 as stated above, subject to demand of any valid stamp duty that may be chargeable under the provisions of the Indian Stamp Act, 1989, neither the Bar Council of India by resort to its rule making power under Sec. 49(1) nor the State Bar Council by virtue of its rule making powers under Sec. 28(2) of the Act can have the competence and jurisdiction to frame any rule prescribed for enrolment fee which is at variance with the one already engrafted by the Parliament in Sec. 24(1)(f)."

He has further challenged the vires of the levy of fees towards transfer of name of an advocate from one state roll to another. He submitted that Section 18 of the Advocates Act, 1961 is crystal clear that transfer of name from one state roll to another is to be done without payment of any fee. However, the Bar Council of India charges Rs. 2000 as process fee and similarly Bar Council of Delhi charges Rs. 1000 towards granting NOC for such transfer. Therefore, an advocate ends up paying Rs. 3000 for such transfer which is totally ultra vires Section 18 of the Advocates Act, 1961.

Levy of additional fee towards funds is illegal

The Petitioner has also challenged the levy of additional enrolment fee towards various funds constituted by the Bar Council of Delhi. He submitted that an applicant cannot be compelled to contribute for the funds since no provision of the Advocate's Act empowers the State Bar Council to seek contribution towards these funds from an applicant and more so by making it a condition precedent for enrolment.

A similar petition challenging the enrolment fee prescribed by the Bar Council of Kerala is pending in the High Court of Kerala.