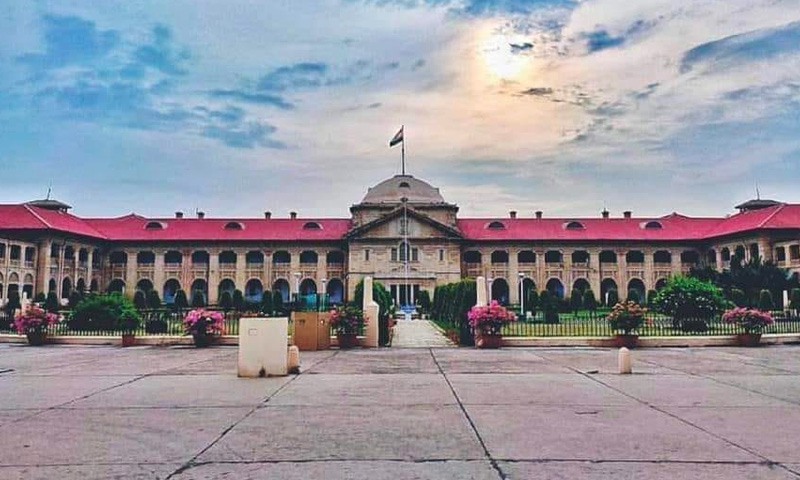 The Allahabad High Court recently observed that an externment order is a "serious inroad on citizen's liberty" and that the innate declaration that a person is a "goonda" is "irreversibly ruinous of his reputation."The observation came from a single judge bench comprising of Justice JJ Munir while setting aside orders made by the District Magistrate externing the petitioner under sec. 3(3) of...

The Allahabad High Court recently observed that an externment order is a "serious inroad on citizen's liberty" and that the innate declaration that a person is a "goonda" is "irreversibly ruinous of his reputation."

The observation came from a single judge bench comprising of Justice JJ Munir while setting aside orders made by the District Magistrate externing the petitioner under sec. 3(3) of the Uttar Pradesh Control of Goondas Act, 1970 along with an appellate approval order for the reason that they did not disclose "general nature of material allegations" against him within the mandate of the Act.

"Once a person is proceeded with against under the Act of 1970, and externed under Section 3(3), classifying him as a goonda, the order is certainly stigmatic. It is for this reason also that an order of externment envisages provision of opportunity to show cause, under Section 3(2). This is not to say that the provision for opportunity is engrafted in the Statute, for the reason alone of its stigmatic effect; it is also there because an order of externment is a serious inroad on a citizen's liberty."

The Court also went ahead to observe that:

"A goonda is the anti-thesis of what a respectable or honourable man is. An externment order, which, thus, works as an innate declaration about the man externed being a goonda, is irreversibly ruinous of his reputation. It has been said time over again that reputation once lost can never been redeemed. The physical consequences of an externment order that last only for a period of six months, with the limited effect of abridgment of some liberty, are trivial when compared to the timeless consequence of ruining a reputation, that can perhaps never be regained."

According to the petitioner, a businessman by profession, it was submitted that a solitary case was registered against him under sec. 364A, 302, 404, 201 and 120B of IPC on 24th August 2016 whereafter there was a consequential implication in another case under sec. 2 and 3 of The Uttar Pradesh Gangsters and Anti-social Activities (Prevention) Act, 1986, which according to the petitioner was not a substantive offence. Police also implicated him in a third case on the basis of a beat report in 2017.

It was the case of the petitioner that he not being a goonda within the meaning of sec. 2(b) of the Act, the externment order issued was not in conformity of sec. 3(1) as they did not carry "general nature of material allegations" against him thereby making the entire proceedings vitiated.

Placing reliance on the judgment of Subramanian Swamy v. Union of India, Ministry of Law & Others (2016) 7 SCC 221 wherein the the Right to Reputation was regarded as a concomitant of the Right to Life guaranteed under Article 21 of the Constitution, the High Court observed thus:

"Every person is presumed to be an honourable and respectable man, unless that presumption is dislodged in accordance with law. Therefore, dubbing some citizen as a goonda and externing him under the Act of 1970, is an act that would afford a cause of action to the person who suffers that order, which enures beyond its physical consequences. In the opinion of this Court, it would not be a sound legal proposition to say that a man may suffer the slur of being called a goonda, because he could not bring the order of externment passed against him to test within the term of its life. In the opinion of this Court, the petitioner is entitled to question the externment order, notwithstanding that order outrunning its life."

The Court went ahead to observe that the inconvenience stemming from the abridgment of liberty, that comes in the wake of an externment order, prohibiting entry of a person in the district, is of trivial consequence to the one externed, if this consequence were to be weighed against the harm that it brings to the individual's reputation.

"The physical consequences of an externment order that last only for a period of six months, with the limited effect of abridgment of some liberty, are trivial when compared to the timeless consequence of ruining a reputation, that can perhaps never be regained." the Court observed.

Considering the facts of the case, the Court observed that the satisfaction of the authorities about the petitioner being a goonda on mere registration of crime or expression of opinion by police "would be vitiated for lack of consideration".

"The manner in which the two Authorities below have proceeded to conclude that the petitioner is a goonda, merely because two crimes, contemporaneous in point of time, have been registered against him, besides a beat report, renders the conclusions no more than an ipse dixit of the Officers writing the orders impugned." The Court said.

Noting that the "general nature of material allegations" under sec. 3(1) of the Act must mention what the person proposed to be proceeded with against has done, the Court observed:

"It is also beyond doubt that post mention of the fact that the person put under notice has indulged in acts or done something which attracts Clauses (a), (b) and (c) of sub-Section (1) of Section 3, it is not sufficient compliance with the requirement of informing that person about the "general nature of material allegations" against him, that a list of case crimes or the first information reports registered against him be mentioned. No doubt, particulars of the allegations are not required to be detailed in a notice under Section 3(1) of the Act of 1970, such as the date, time and place of a specific act, as in the case of a charge, but some substance of it must be mentioned. If a person is sought to be proceeded with against on ground that he is a goonda under Clause (a) of Section 3(1), the general nature of material allegations may, for instance, indicate the number of acts that he has habitually committed, abetted or attempted, that constitute commission, attempt or abetment of an offence punishable under Section 153-B of the Penal Code, over a specified period of time, in a particular locality or part of the town. "

With the aforesaid observations, the Court allowed the petition and quashed the impugned orders of the District Magistrate and appellate order by the Commissioner, Agra Division, Agra.