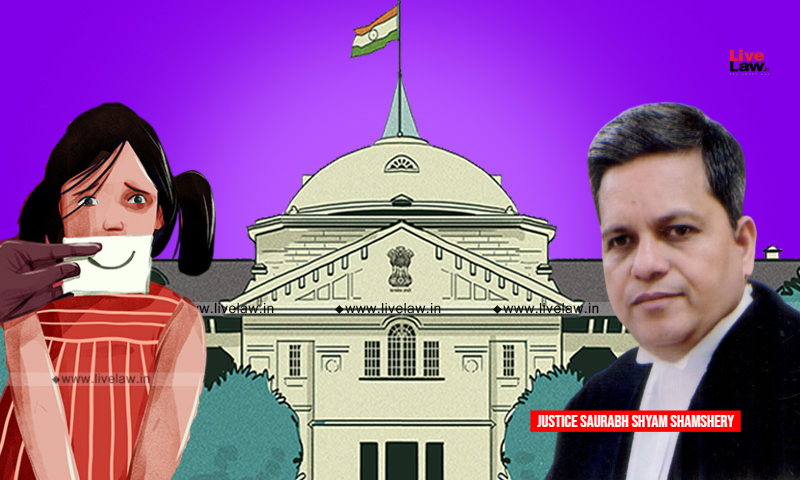 The Allahabad High Court earlier this month denied bail to a man who has been accused of raping his 11-year-old daughter. The Court noted that the victim had supported the prosecution version in her statement recorded under Section 164 CrPC.

Calling the facts of the case 'shocking', the Bench of Justice Saurabh Shyam Shamshery observed thus:

"The facts of the case are not only shocking but are inhuman also. Applicant who is father of the victim has committed the offence of rape with her daughter aged about 11 years and she has supported the prosecution case in her statement recorded under Sections 161 and 164 CrPC."

The Court was hearing the bail plea of one Mahendra Singh booked under Sections 376 AB, 323, 506 IPC, and 5M/6 Pocso Act. It was his plea before the Court that there was a matrimonial dispute between the applicant/accused and her mother, though he taking care of his four children, (all daughters).

It was further argued that in order to take revenge and to harass him, the instant F.I.R. was lodged by the mother (wife of the applicant) of the victim. It was also submitted that the father will not commit such an offence when he is taking care of his four daughters and there is no complaint whatsoever by other children.

On the other hand, opposing the bail application, the AGA for the state relied upon the statement of the victim recorded under Section 164 Cr.P.C. wherein she narrated the ordeal given by her father.

Against this backdrop, considering that it is a case where a minor had been subjected to such cruelty at the hands of his father, (applicant), therefore, he is not entitled to any relief.