'Fear Of Court Martial Might Have Led To Jawan's Suicide', Bombay HC Says While Quashing FIR Against Journalist [Read Judgment] 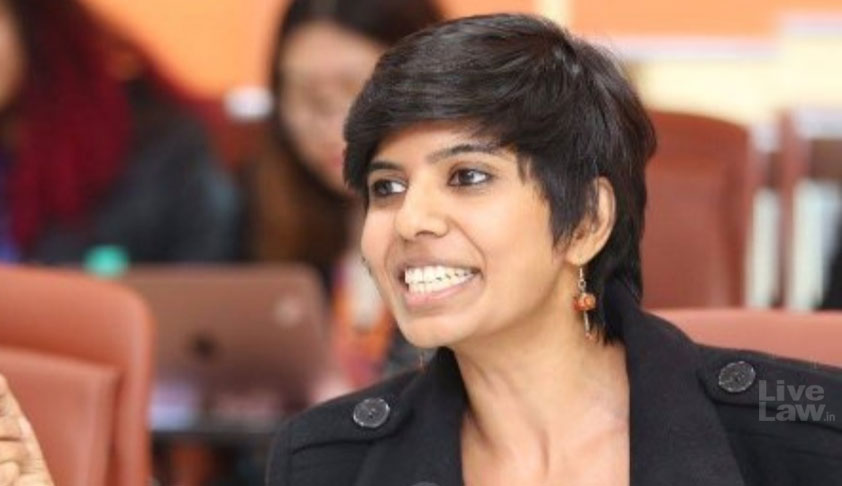 x
"We fail to understand how the video clippings which contains a conversation about the Sahayak or Buddy system affects the security of the Nation", added the Court.

It was not the sting video but the fear of court martial which might have led Lance Nayak Roy Mathew to commit suicide, observed the Bombay High Court while quashing the FIR against Poonam Agarwal, Associate Editor of The Quint and her aid Deepchand, ex-army personnel."Roy Mathew, the deceased was also one who interacted and gave some comments about the Sahayak system and...

It was not the sting video but the fear of court martial which might have led Lance Nayak Roy Mathew to commit suicide, observed the Bombay High Court while quashing the FIR against Poonam Agarwal, Associate Editor of The Quint and her aid Deepchand, ex-army personnel.

"Roy Mathew, the deceased was also one who interacted and gave some comments about the Sahayak system and he must also have been subjected for interrogation by the superior officers in the same manner as the complainant was summoned by the superiors on the very next day when the video became viral. It is this apprehension of Court Martial which might have led to the suicide of the deceased but by no stretch of imagination, the video containing the information or output given by Roy Mathew itself amounted to any offence or it was any prohibited act. It was only (because of) the fear of being subjected to Court Martial and its deleterious consequences, (that)the deceased has committed suicide", said the High Court in the judgment released yesterday giving detailed reasons for its April 18 decision to quash the FIR.

Agarwal had conducted a sting operation with the assistance of an ex-military man and Kargil war veteran Deepchand Singh to show that 'sahayak system' of engaging subordinate officers for menial work for seniors was being followed in army camps, despite its ban by Army as per Circular dated 19th January 2017.

In the sting video published during February 2017, several officers, who were made to do menial work in a military camp at Deolali, Nashik, accused their seniors of harassment. The identities of the officers in the sting video were concealed by blurring their faces.

After the video went viral online, Lance Naik Roy Mathew, who was interviewed in the video, committed suicide by hanging on March 7, 2017. Following this, an FIR was registered for abetment of suicide against Poonam Agarwal and Deepchand for offences punishable under Sections 306,451, 500 read with 34 of the Indian Penal Code. Offences punishable under Sections 3 and 7 of the Official Secrets Act were also included in the FIR.

The microscopic examination of the complaint would only disclose a "sheer absurdity" in the allegation, observed the Division Bench of Justices Ranjit V More and Bharathi H Dangre.

The bench observed that to attract the offence of abetment of suicide under Section 306 of Indian Penal Code, the prosecution must demonstrate that a situation is created deliberately by the accused person in a manner to drive the deceased to commit suicide.

The case as set out in the complaint was found to be completely inadequate and insufficient to invoke the provisions of Section 306 IPC.

"we do not find any proximity or nexus between this suicide and the act of the applicant Poonam recording the video where the deceased, the complainant in presence of the other applicants has divulged certain information about the practices of the army", said the Court accepting the arguments of Advocate Uday Warunjikar, the counsel for the petitioners.

Sting video not against national security

The Court also quashed the offences under Sections 3 and 7 of Official Secrets Act 1923.

The necessary ingredient of the Section 3 is that the act of the person must be prejudicial to the safety or interest of the State, such as an activity which is useful to the enemy of the State or which can affect the sovereignty and integrity of the State.

After examining the video and its raw unedited footage in chambers, the bench concluded that it did not violate the OSA.

"We fail to understand how the video clippings which contains a conversation about the Sahayak or Buddy system affects the security of the Nation. At the most, it can be said to be a footage exposing the manner of working of the Army which is contrary to the suggestions of the report of the Parliamentary Committee which had suggested to prohibit the use of army Jawans in the capacity of Sahayak and being entrusted with duties which would act as an insult to the jawans. On viewing the clippings recorded by applicant Poonam and its uploading on social media, we do not find that the clippings contain any information affecting the security of the State or the sovereignty and integrity of the country".

The Court also found that Section 7, which penalised activities in prohibited areas which interfere with the functioning of the armed forces, was not applicable in the case.

"It is not the case as disclosed in the complaint that either of the applicants indulge themselves into such an act of obstruction or interfered with any of the member of the armed forces engaged on duty in the prohibited place", observed the Court in this regard.

The offence of criminal trespass was also found to be not made out by the complaint.

"..she has not committed any offence and as we have already held that the offences under the Official Secrets Act are also not attracted and mere entry into the premises without an intention to commit an offence, insult or annoyance to any person in possession of the property would not call for invocation of offence of criminal trespass. the prohibited place"