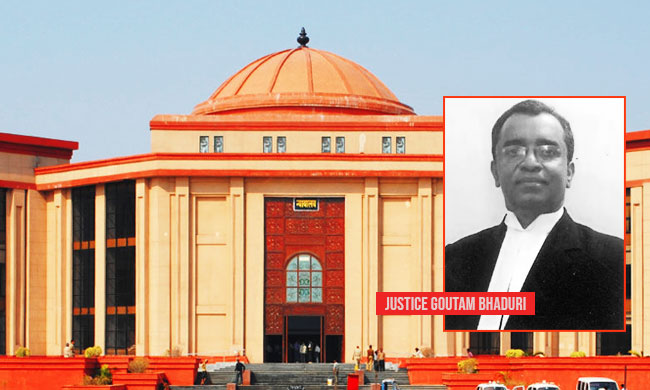 In a significant judgment, the Chhattisgarh High Court on Friday quashed the final results of the preliminary examination conducted by the Chhattisgarh Public Service Commission for the post of Civil Judge (Entry Level).

This was after the Court found as many as 41 errors out of 100 questions in the answer key published for the examination.

Justice Goutam Bhaduri, the single judge who heard the challenge against the result made by ten petitioners in different writ petitions, observed that the "way in which the entire examination was held cannot be sustain".

"Considering the degree and percentage of defects in the question papers which according to this Court as much as 41 wrong questions/answers have been found out of 100, the percentage of it would certainly dilute the module of selection process and the Court cannot observe the silence.

The Court after the examination cannot allow it as one horse-race but would accept the steep challenge with an idea of reform. Serving certain problems requires multi prolonged approach and reform and they will persist if we view through narrow lens and the carelessness will always have a price. Consequently the way in which the entire examination was conducted cannot be allowed to sustain".

The petitioners contended that after publication of the model key answer, out of 100 questions, more than 30 questions were apparently found wrong as they contain certain defects of incorrect answers and wrong phraseology including spelling mistakes in questions and answers and there has also been variance between the English and Hindi versions of question & answers.

The PSC submitted that the Court cannot exercise review of the answers set by an expert body. Rejecting this argument, the Court said that as the exam pertained to judicial service, it can examine the answers, especially so when the questions do not involve serious statutory interpretation or intricate questions of law.

"This Court is also conscious of the fact that the examination was conducted for selection of Civil Judge and after going through the nature of questions as the same do not refer to any serious statutory interpretation or intricate question of law, this Court would deal to examine the question and answers including the findings of experts on objections. It is also obvious that when the High Court is deciding the case in respect of competitive examination, which pertains to questions and answers for selection of a candidate to the post of Civil Judge being of nascent stage of law, it can certainly examine the same while adjudicating".

Justice Bhaduri added that candidates who pass such a defective examination may not be able to do proper service to judiciary :

"The Court will do well to remember the right of a candidate who is going to be a Civil judge and what would be the duty after he is selected to the principal part of the judicial office. If a person who passes such examination which contains the number of defective questions and to answer the same, a presumption has to be drawn, then the candidate who is selected subsequently would carry an impression at the inception that while passing a judgment, any inference can be drawn and casual non- serious approach would be a normal attitude. Apart from that, when the defective procedure of selection is carried forward and is perpetuated, then a Judge who deliver the judgment will also carry forward the impression in his mind that the deliberate human mistakes would be common and can be allowed to be precipitated in routine in judgment."

"The Selected Judge should not be allowed to carry the ignorance of presumption and thereafter pass the judgments/orders ignoring the right of parties which the Judge is invested with".