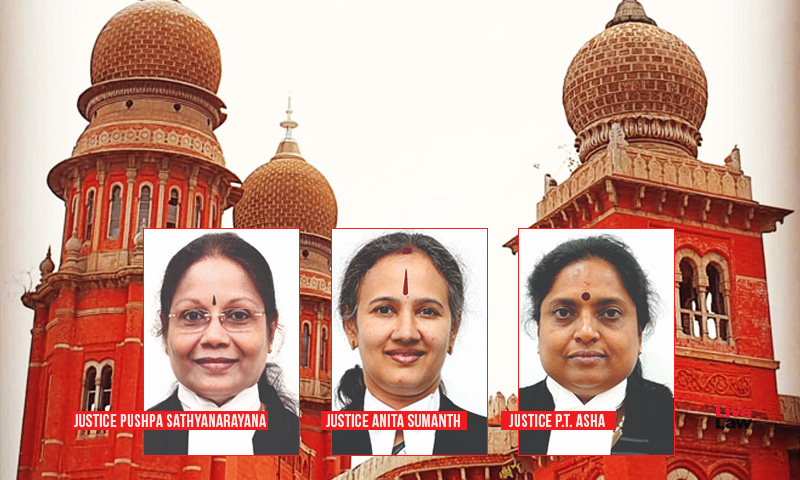 Ahead of the International Women's Day on March 8, a Full Bench comprising only women judges has been constituted to hear a case pertaining to the application of the ESI Act, on aided and unaided educational institutions.

Presently, 9 out of 55 sitting judges in the Madras High Court are women, most of whom got elevated to the Bench during the tenure of former Chief Justice SK Kaul (now a Supreme Court judge).

In the past, female judges have outnumbered men in a Full bench, when Justice TS Sivagnanam sat along with Justices V. Bhavani Subbaroyan and Asha last year. However, this is for the first time in the history of the HC that an all-women full bench will sit on a case.

The division bench comprised by Chief Justice AP Sahi himself along with Justice Subramonium Prasad has referred the following question to the larger bench:

"whether unaided private educational institutions in the State could be treated to be an 'establishment' under Section 1(5) of the Employees State Insurance Act of 1948 so that the provisions of the legislation could be made applicable to them."

Subsequently, a number of petitions came to be filed in this behalf, which will be disposed of by the Full bench after holding a common hearing, starting today.