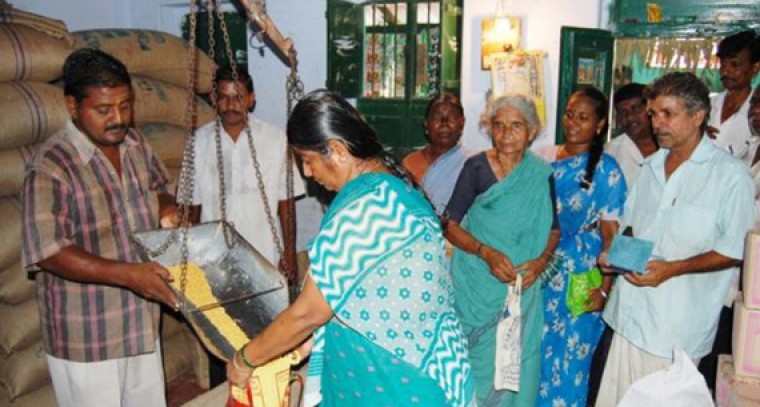 The Madras High Court on Friday dismissed a petition seeking enhancement of the cash benefit of Rs. 1,000/- being provided to the Ration Card Holders in the state of Tamil Nadu during the lockdown.

The petition filed by Advocate K. Bharathi stated that the financial assistance of Rs. 1,000/- for the ration card holders was inadequate in face of extension of the lockdown period. He further pointed out that no package or relief had been announced for downtrodden people including casual workers, daily wage workers, contract and unorganized Sectors.

He had thus sought a direction to the Government to provide a monetary relief of Rs.15,000/- each to ration card holders in Tamil Nadu due to the adverse impact of Covid-19 and the consequent National lock down.

While the court took judicial notice of the fact that the country was facing an economic slowdown due to the lockdown, it refused to pass any direction in the nature as sought by the Petitioner, for the same being a matter of 'Fiscal Policy'.

"The provision of Rs.15,000/- to each of the Ration Card Holders as sought for by the petitioner, also involves a Fiscal Policy decision and also spending all precious amount available with the Government from the Coffers. It also involves a Policy decision," a division bench comprising of Justice M. Sathyanarayanan and Justice M.Nirmal Kumar said.

The court then noted that the Government was 'alive' to the impending crisis and was taking apposite steps to alleviate the situation, including issuance of guidelines for phased exit from the lockdown.

In this backdrop, the court dismissed the petition while stating,

"The administration is alive to the situation and this Court always expects the administration to take an appropriate call at the relevant points of time to address various problems and in the light of the limitation involved as to the exercise of jurisdiction by this Court under Article 226 of the Constitution, especially with regard to the Fiscal Policy matter, it cannot issue any positive direction in this regard."