Taking Flat Purchasers For A Ride? Demonstrate You Are 'Paupers' : Bombay High Court To Defaulting Builders 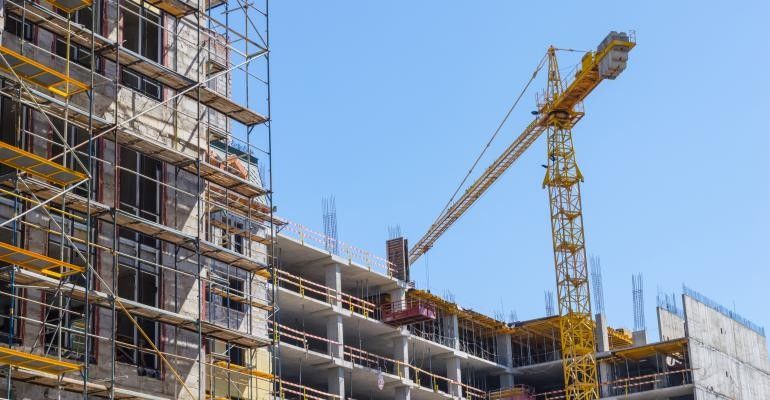 Livid at a developer's conduct of repeatedly dishonouring undertakings given to the court to repay flat purchasers, the Bombay High Court has ordered the firm's directors to demonstrate they are "paupers" through their standard of living. A division bench of Justices SJ Kathawalla and MN Jadhavheard a petition by Arun Veer, a retired pensioner,regarding a flat he had purchased from...

Livid at a developer's conduct of repeatedly dishonouring undertakings given to the court to repay flat purchasers, the Bombay High Court has ordered the firm's directors to demonstrate they are "paupers" through their standard of living.

A division bench of Justices SJ Kathawalla and MN Jadhavheard a petition by Arun Veer, a retired pensioner,regarding a flat he had purchased from the developer in 2013 and was promised possession, in 2015. However, neither did he get possession of his flat nor was his money returned.

"We are, therefore, adjourning the matter to enable the Advocate for Respondent Nos. 5 to 7 to satisfy us that they do not have any funds whatsoever. In other words, they will have to establish that they are virtually paupers not having funds in their bank accounts and their standard of living also bears out the same."

The court has directed Ravi Development and its partners Jayesh Shah and Ketan Shah to disclose their moveable, immovable, encumbered and unencumbered assets, bank statements (including personal accounts), particulars of standard of living like electricity bill, credit card statement and income tax returns for the past three years.

In his petition, Veer has sought directions to the Thane Collector for prompt action for attachment and sale of the developer's assets for recovery of arrears following an execution warrant issued by the Maharashtra Real Estate Regulatory Authority (MahaRERA) under section 40(1) of the Act in 2018.

The bench said that the developer has not only taken people for a ride by not delivering the promised flats but have also breached several undertakings given to the court.

"We are passing this order since Respondent Nos. 5 to 7 have repeatedly not only taken several flat purchasers for a ride, by taking their hard-earned monies and not providing them their flats on time, nor returning their hard-earned monies, but have also repeatedly taken the Courts for a ride by giving solemn undertaking/s in order to avoid any adverse orders being passed against them, knowing fully well that they have no intention to honour the undertaking/s given by them to the court."

The defendants were well aware that assignments keep changing and they can try convincing the next judge to grant them further extension to make the payment "which order would once again be breached with impunity," the court added.

According to the petitioner's lawyer, after the order was passed, the petitioner suffered a cardiac arrest and is currently recuperating in a hospital's intensive care unit.

The petition, filed through Advocate Nilesh Gala from Law Square, pleads that the petitioner executed a registered sale agreement on April 17, 2013, and purchased a 753 sq feet residential flat outside Mumbai for Rs. 62,77,310. The petitioner paid a total amount of Rs. 61,58,136 in installments. However, the building construction could not be completed.

After the petitioner approached the Maharashtra Real Estate Regulatory Authority, it directed the developer on May 23, 2018 to refund the amount paid by the petitioner along with interest at 10.05% p.a., and Rs. 3,76,800 and Rs. 20,000paid towards stamp duty and registration.

The petitioner approached MahaRERA again to execute the earlier order, following which a Recovery Warrant under section 40(1) of the RERA Act was issued. The petitioner then approached the Collector, Thane District, to enforce the execution order, but in vain.

The Bombay High Court noted that the developer has repeatedly defied court orders and failed to pay other flat purchasers, as well.

During the hearing, Advocate Makarand Raut for the developer said he would only manage to pay Rs 25 lakh by August 2021. The bench then adjourned the matter to July 22, with directions to the developer to make necessary disclosures regarding assets.