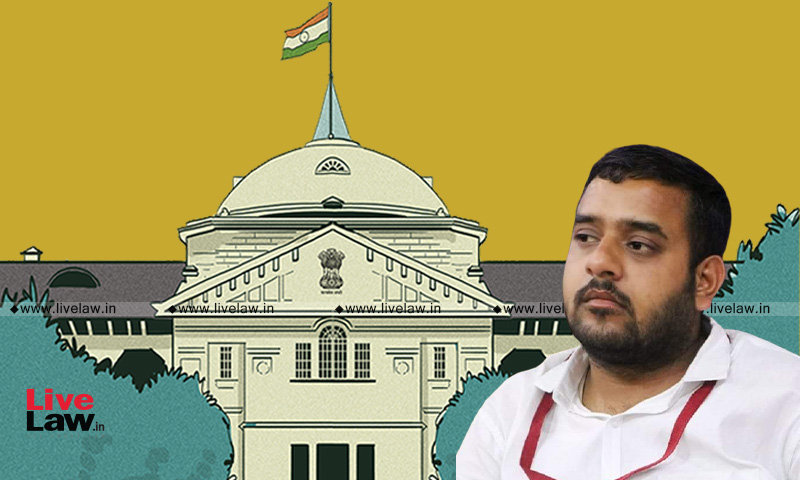 Following Allahabad High Court's nudge, the Uttar Pradesh Government today took Atiq-ur-Rehman, a UAPA Accused, to All India Institute of Medical Sciences (AIIMS), for his medical treatment since he has a long history of severe cardiac ailments and has been suffering from Severe Aortic Regurgitation.Rehman, who was held by UP Police on his way to Hathras along with a Kerala...

Following Allahabad High Court's nudge, the Uttar Pradesh Government today took Atiq-ur-Rehman, a UAPA Accused, to All India Institute of Medical Sciences (AIIMS), for his medical treatment since he has a long history of severe cardiac ailments and has been suffering from Severe Aortic Regurgitation.

Rehman, who was held by UP Police on his way to Hathras along with a Kerala journalist (Siddique Kappan) and 2 others while they were going to meet the family members of a gang-rape and murder victim, is being taken to AIIMS (at around 6 in the morning), his lawyer told Live Law today.

Significantly, a bench of Justice Mahesh Chandra Tripathi and Justice Subhash Vidyarthi, on Tuesday gave 2 days' time to the Uttar Pradesh Government to come up with a response on a plea moved by Rehman's father in law seeking his admission to AIIMS and enlargement on bail in the alternative, on account of an extreme medical emergency.

The application had been moved in a Habeas Corpus plea already filed on account of his unlawful judicial custody through Advocates Shashwat Anand and Syed Ahmed Faizan.

Read more about the plea here: "He May Die At Any Moment, Might Meet Same Fate As Stan Swamy": UAPA Accused Atiq Ur Rehman's Relative Moves Allahabad HC Seeking Bail

The application had been filed for a direction to respondents to forthwith admit the first petitioner-Atiq Ur Rehman to AIIMS, New Delhi for Surgical Intervention (Bentall Procedure) due to his fatal Aortic Regurgitation Condition.

Further prayer had been made to enlarge the first petitioner on bail on account of his exigent and precarious medical emergency.

It has been submitted in the application that the applicant (Atiq Ur Rehman) has a long history of severe cardiac ailments and has been suffering from Severe Aortic Regurgitation for a long, for which he was had been undergoing treatment at AIIMS, New Delhi, prior to his captivity in District Jail, Mathura.

In its November 23 order, the Court observed that in spite of repeated orders dated 23.09.2021 and 12.10.2021 passed by Sessions Judge/Special Court, PMLA, Lucknow, but till date, the Court noted, the adequate medical facility had not been provided to the first petitioner (Rehman).

Against this backdrop, at the request of the AGA, the case was passed over for enabling him to seek necessary instructions in the matter and therefore, the matter had been listed for further hearing on November 25, 2021, in the additional cause list.

Background of the case and application

After being held by the UP Police, Rehman was slapped with Sections 17 and 18 of Unlawful Activities (Prevention) Act (UAPA), Sedition (S. 124-A IPC), Promoting enmity between different groups on ground of religion (S. 153-A IPC), deliberate and malicious acts intended to outrage religious feelings (S. 295-A IPC) and Section 65, 72 and 75 of the IT Act.

The application submitted by Rehman's father-in-law averred that keeping him deprived of proper care and medical facilities suited to his health situation, which has aggravated his medical condition to such extent that HE MAY DIE AT ANY MOMENT.

It has also been alleged that the State and Jail Authorities have hardly paid any heed to his fatal ailment, keeping him devoid of the proper medical care, treatment and facilities, and have shown nothing but indifference, insensibility, barbarism, and apathy towards his hapless and mortal condition, left wholly at the mercies of fate and providence.

Against this backdrop, the application submits that it is manifest that the present case of the Applicant has put him in a lethal life-and-death situation, where any delay in taking up the instant application for urgent hearing and interim directions can result in his terrible and macabre demise, consigned to the fate suffered by STAN SWAMY, to be known as a cold and cruel Institutional Killing.

Case title - Atiq Ur Rehman And 2 Others v. the State of U.P. and Another