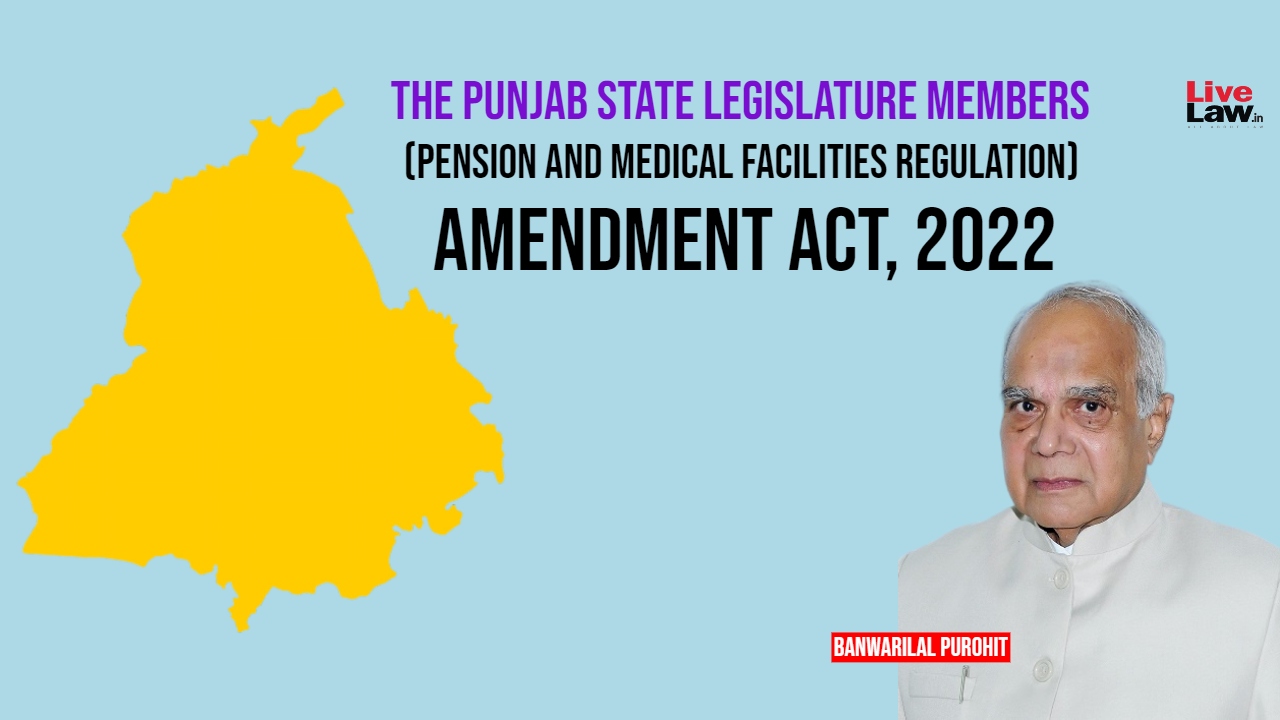 Following approval from the Governor of Punjab Banwarilal Purohit, the State Government on Thursday notified an act named Punjab State Legislature Members (Pension and Medical Facilities Regulation) Act, 2022 which implements 'One MLA, One Pension' scheme in the state.

Chief Minister Bhagwant Mann took to Twitter to announce that the Bill, which was passed by the state assembly on June 30, had received the Governor's assent. The Act amends the Punjab State Legislature Members (Pension and Medical Facilities Regulation) Act, 1977.

The Act provides that a state MLA will be given a pension only for one term, no matter how many times he/she has been elected. Earlier, the MLAs in the state could draw pensions for each term they had been elected to the assembly. As per an estimate, the state government would save around Rs 19.53 crore annually through this scheme.

The act further provides that when a person, who had served as a member, attains the age of sixty-five years, seventy-five years and eighty years, he shall, respectively, be entitled to an increase of five per cent, ten per cent and fifteen per cent of the basic pension, admissible to him at the attainment of such age.