Act Of Forcing Another Person To Sign On Blank Papers Is Not Forgery: Kerala HC [Read Judgment] 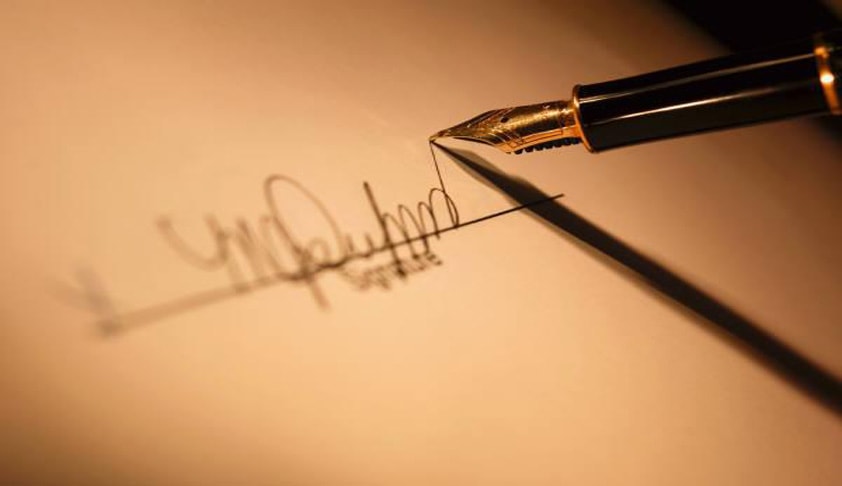 The Kerala High Court has observed that the act of forcing another person to sign on blank papers does not amount to making of false document punishable under Section 468 of Indian Penal Code.

One of the charges against the accused-appellant in this case was that he forced a person to put his signature on a 50 rupee stamp paper and three blank papers affixed with revenue stamps. Therefore, the issue considered by the Court was whether mere putting of signature on blank papers under compulsion would amount to making of a false document?

The first and second limb of the Section is applicable when the accused himself commits the acts enumerated therein whereas under thirdly, the accused causes another person to dishonestly or fraudulently do certain acts. But even under the third limb, the act of forcing another person to sign on blank papers does not amount to making a false document.

Another issue was whether, a or blank paper containing only a signature can be termed as a 'document'. Section 29 of IPC defines the word 'document' as te any matter expressed or described upon any substance by means of letters, figures or marks or by more than one of those means, intended to be used or which may be used, as evidence of that matter. The definition under Indian Evidence Act is also similar. The Court said:

Allowing the appeal, the court held that the conviction of the appellant under Sections 365, 395 and 468 IPC cannot be legally sustained.