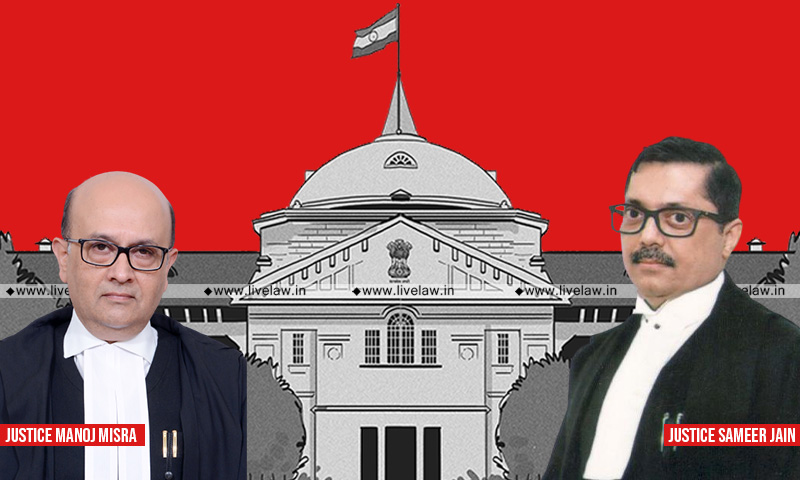 The Allahabad High Court on Friday rejected the reference made to it to confirm the death penalty awarded to an accused in connection with a rape and murder case and directed the Sessions Court to conduct a retrial in the matter. The Bench of Justice Manoj Misra and Justice Sameer Jain was dealing with the appeal of one Najeeruddin, who had been held guilty of murdering 3 persons from...

The Allahabad High Court on Friday rejected the reference made to it to confirm the death penalty awarded to an accused in connection with a rape and murder case and directed the Sessions Court to conduct a retrial in the matter.

The Bench of Justice Manoj Misra and Justice Sameer Jain was dealing with the appeal of one Najeeruddin, who had been held guilty of murdering 3 persons from the same family and also raping a minor girl.

The High Court noted that the trial court, while holding the appellant guilty, did not give sufficient time to the prosecution and the defense before pronouncing the verdict and that it had failed to put to the accused, the forensic report.

The background of the case in brief

A report was lodged in a police station in Azamgarh with regard to an incident wherein 5 people of the same family had been attacked and 3 of them were killed on November 25, 2019, at 9:30 am.

It was alleged that the Najeeruddin (the appellant) also raped an eight-year-old girl (who was left alive in a critical condition) and her mother (who was allegedly raped after being killed).

At the outset, the Court noted that the trial court had primarily placed reliance on a forensic report in respect of the DNA match between the incriminating articles (i.e. hair, blood-stained frock, clothes, etc) recovered from the scene of the crime as well as at the instance of the appellant and the blood sample of the appellant.

In this regard, the Court opined that not putting the forensic report to the appellant had caused prejudice to the appellant as he could neither tender his explanation to it nor could get the opportunity to lead evidence in rebuttal and therefore, added, on this ground alone, the matter would have to be remitted back.

Further, regarding the non-production of the seized/ recovered article in the court during the trial, the Court observed thus:

"…neither the seized/ recovered article, nor a portion of it, was produced in court, and the seizure having not been admitted, the forensic report in respect thereto, remained a waste paper. This is a very serious lapse on the part of the prosecution and calls for disciplinary action against the person responsible. Unfortunately, even the court below overlooked the mistake. Similarly, though there appears a fingerprint expert report on record in respect of finger prints lifted from the bed by the field unit team but, neither the lifting of fingerprints have been proved nor the fingerprint expert report has been put to the accused."

Against this backdrop, the Court went on to stress that the prosecution, as well as the defence, must have a fair opportunity in the trial as the objective of the trial is to come to the truth.

"Neither an innocent be punished nor guilty to go scot-free. Sufficient time is to be given to both sides to have their say and technicalities must not come in the way. In the light of the above, we are of the view that the prosecution, as well as the defence, should get an even chance to lead evidence to ensure that complete justice is done and truth prevails more so, when not much time has elapsed since the commission of the crime," the Court added as it rejected the reference for confirmation of death penalty and set aside the judgment and order of conviction and punishment /sentence passed by the court.

With this, the Court directed the trial court for a de novo consideration from the stage of examination of the appellant under Section 313 Cr.P.C.

However, the Court did qualify the Court's order for a retrial should not be interpreted as a ground to release the appellant on bail and, therefore, we clarify that the appellant shall be treated as an under-trial prisoner till his release, either on bail or otherwise.