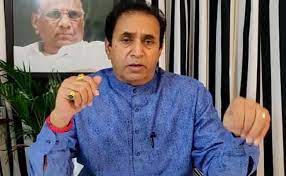 Deshmukh has filed a criminal writ petition seeking quashing of the FIR and interim protection from coercive steps.

The CBI registered an FIR against Deshmukh and unknown others last month under the Prevention of Corruption Act and IPC, following a preliminary enquiry ordered by the Bombay High Court on a clutch of petitions.

The petitions sought an independent probe into corruption allegation against Deshmukh made by former Mumbai police commissioner Prambir Singh in a letter to chief minister Uddhav Thackarey on March 20, 2021, three days after he was transferred out to Maharashtra Home Guards.

The CBI said that the preliminary enquiry (PE) prima facie revealed a cognisable offence wherein Deshmukh and unknown others attempted to obtain 'undue advantage for the improper and dishonest performance of his public duty.'

The CBI claimed that Deshmukh was aware of suspended API Sachin Waze's reinstatement into the police force after 16 years and sensitive and "sensational" cases being handed over to him.

Waze is currently in the National Investigating Agency's custody in the case related to explosives laden SUV and threat letter found near industrialist Mukesh Ambani's house on February 25 and the consequent murder of a businessman in the case.

On April 5, a division bench of Chief Justice Dipankar Datta and Justice GS Kulkarni had ordered the CBI director to conclude the PE within 15 days and take further action in accordance with law.

The bench held that an un-biased probe is required to "unearth the truth."