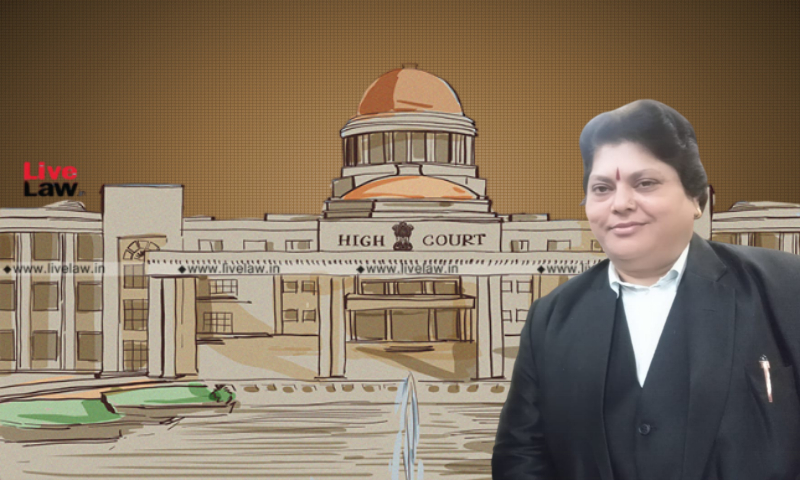 Hearing an appeal filed by Former Additional Advocate General, Uttar Pradesh Jyoti Sikka challenging an order of the Single Judge containing adverse remarks made against her, the Allahabad High Court has asked her to approach "that very judge" who passed the order to seek redressal of her grievance.

The Bench of Justice Devendra Kumar Upadhyaya and Justice Subhash Vidyarthi further requested the single judge to decide the application, if filed, expeditiously.

It may be noted that on March 2, 2022, the bench of Justice Dinesh Kumar Singh was dealing with a case, wherein Standing Counsel for the State, Amit Sharma, had put in an appearance in a case on behalf of the petitioner-State (being represented by the then AAG, Jyoti Sikka).

Sharma informed the Bench that Jyoti Sikka, the then Additional Advocate General would appear in the matter and the matter should be taken up in the revised call as she was busy in some other Court.

Pursuant to this, observing that Sharma had the courage to tell a complete lie in the Court, the Court had further remarked thus:

"It is very painful to note that Ms. Jyoti Sikka has no courtesy to come and seek the permission of the Court for leaving the Court premises despite having accepted the case and, the case was kept to be taken up in the revised call. This Court does not approve the conduct of Mr. Amit Sharma, Standing Counsel and Ms. Jyoti Sikka, Additional Advocate General of the State...Let a copy of this order be forwarded to the Principal Secretary (Law) and the Additional Chief Secretary, U.P. Forest Department for information and necessary action."

Importantly, the Uttar Pradesh Government had, last month, canceled the engagement of Advocate Jyoti Sikka as the Additional Advocate General with immediate effect.

Read more about the matter here: UP Govt Discontinues Engagement Of An Add'l Advocate General Who Was Recently Reproved By High Court For Her 'Conduct'

Now, challenging this very remark, Sikka had moved an appeal before the division bench.

She contended that the order passed by the Single Judge, containing adverse remarks, was capable of visiting her with adverse civil consequences. She further argued that the remarks are so serious that they are capable of resulting in adverse repercussions on her professional career as an Advocate.

Importantly, it was also submitted that there was no recognized or prescribed procedure, in the functioning of this Court, of taking permission of the Court in case a counsel is not in a position to appear in a case to be called out during the course of the day.

In view of this, calling the remarks unwarranted, she argued that the remarks had been made without affording any opportunity of hearing to the appellant, and hence the same was required to be expunged.

At the outset, the Court stressed that the High Court is a Court of record and thus, records of the Court, which necessarily include an order passed by the Court, have to be accorded utmost sanctity.

In view of this, the Court further underscored that the statement of facts as to what transpired at the time of hearing recorded in the judgment or order of a Court are to be treated to be conclusive of the facts so stated and no one can be permitted to contradict such statements by affidavit or other evidence.

However, the Court did observe that in an event where a party thinks that the happenings in Court have wrongly been recorded in a judgment, he/she must move the judge/court calling the attention of that very judge who is said to have recorded the facts relating to his/her conduct.

Consequently, the Court observed that the appropriate course available to Sikka is to approach the Single Judge, who has passed the order under appeal, and to call his attention that the facts, circumstances, and events which led him to make the alleged offending observations are not correct and that such observations have thus been made in error.

"From the records available before us what is indisputably clear is that before recording the alleged offending remarks in the order under appeal the appellant was neither put to notice nor was she given any opportunity of hearing. It is also indisputable that certain remarks contained in the order under appeal passed by the learned Single Judge are adverse and stigmatic and thus visit the appellant with adverse civil consequences," the court further added as it disposed of the plea.