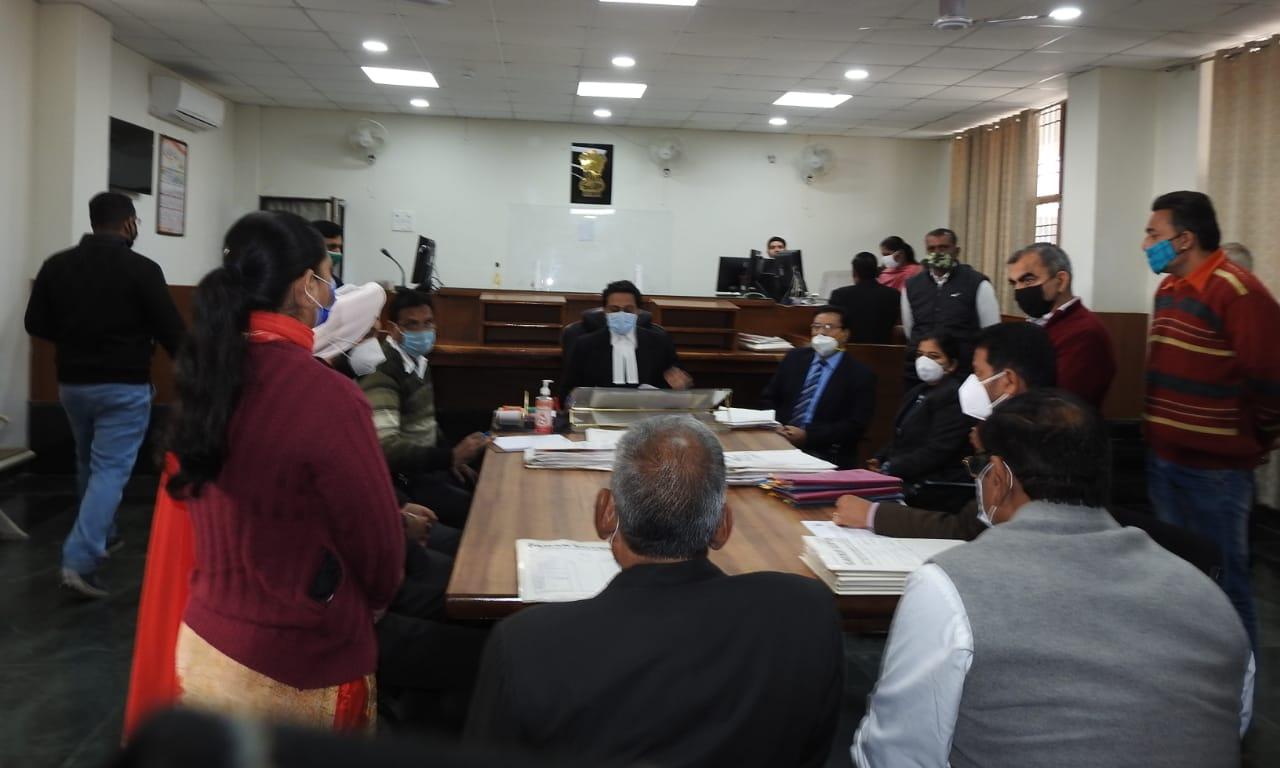 x
National Lok Adalat was held on 11th December across the country.

The Legal Services Authorities across the country, under the aegis of National Legal Services Authority (NALSA) and the leadership of Justice Uday Umesh Lalit, Executive Chairman, NALSA, organised the fourth National Lok Adalat of the year 2021. It has been conducted in 35 States/UTs on 11th December in both virtual and hybrid mode. Across the country, the latest data pertaining...

It has been conducted in 35 States/UTs on 11th December in both virtual and hybrid mode.

According to NALSA, since the number of pending cases have surged due to the ongoing pandemic, it has shifted to dynamic preparation strategies for the National Lok Adalats. In this regard, NALSA has been organising prior consultative and review meetings with all the State Legal Services Authorities. In the press note by National Legal Services Authority, it was remarked that the outcomes have positively reflected up on the disposal figures recorded during the earlier National Lok Adalats of the year.

Continuing the trend, NALSA organised two consultative and review meetings for yesterday's National Lok Adalat on 18th November and 02nd December, wherein Justice Uday Umesh Lalit had stressed upon various strategies for successfully conducting the National Lok Adalat and for achieving the maximum disposal of cases during the same.

Justice Lalit instructed all the Legal Services Authorities to conduct meetings with various stakeholders across every level with an objective to ensure their full cooperation and coordination. According to NALSA, His Lordship guided the authorities to follow a litigant friendly approach as well as to persuade such litigants to settle the cases involving settled propositions of law.

The Press Note further states that Justice Lalit highlighted certain areas of law having greater possibilities of settlement such as NI Act cases, Bank recovery cases along other financial matters and instructed the authorities to explore all the possibilities of compromise in such cases. Justice Lalit further instructed the authorities to proactively monitor the issuance and completion of processes in such financial matters as well as to conduct pre-Lok Adalat sittings to take a matter to a settlement. He also stressed up on utilising the services of retired Judicial Officers as the presiding officers of National Lok Adalats.

In certain States, the National Lok Adalat was inaugurated by the Chief Justice of the respective High Courts and the Executive Chairpersons of the concerned SLSAs. During the day, the Executive Chairpersons of all SLSAs monitored the ongoing activities in their respective States. Moreover, in some States, the Judges of High Courts visited their respective Administrative District Judgeship and motivated all the stakeholders.

With the proactive guidance and supervision of the Executive Chairman, NALSA, the Legal Services Authorities across the countries had recorded unprecedented disposal figures during the earlier National Lok Adalats of the year. A cumulative effect of all the efforts was seen in the National Lok Adalat organised in the month of September, wherein a total number of 41.11 Lakhs cases were disposed including 24.72 Lakhs Pre-litigation cases and 16.38 Lakh Pending cases.

A total number of 27.06 Lakhs cases were disposed of during the National Lok Adalat held in the month of July, 2021. During these Lok Adalats, Criminal Compoundable Cases, Revenue Cases and Bank Recovery cases witnessed the highest disposal during the said Lok Adalat. These National Lok Adalats settle a large number of cases such as Motor Accident Claims, matrimonial, cheque bounce cases under NI Act, labour disputes, other civil cases, criminal compoundable cases, revenue cases and other category of cases.

NALSA had also directed the Legal Services Authorities to observe COVID-19 protocol prevalent in the States/UTs as per the guidelines issued by the Government of India as well as State Governments. The National Lok Adalat has been postponed in the State of Karnataka and Goa due to certain local circumstances which will be held on 18.12.2021, and 08.01.2022 respectively.