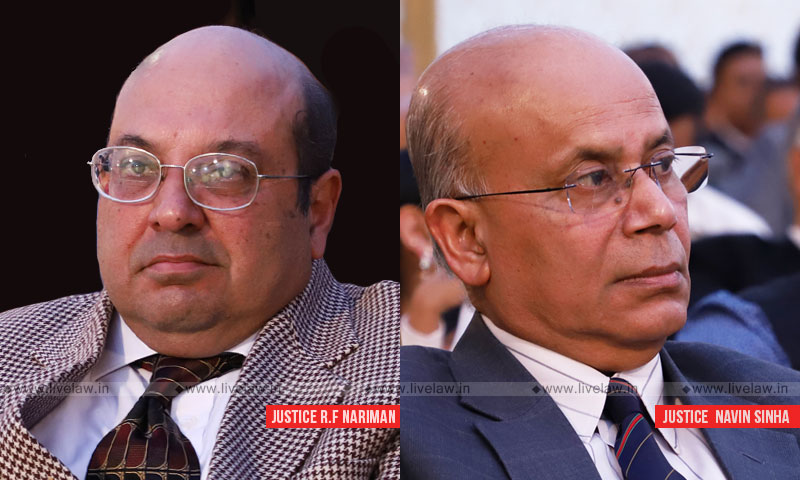 The Supreme Court has laid down the tests to determine "serious allegations of fraud" exemption to arbitrability of disputes.

The bench comprising Justices RF Nariman and Navin Sinha, in a judgment delivered on Wednesday, observed:

It is clear that "serious allegations of fraud" arise only if either of the two tests laid down are satisfied, and not otherwise. The first test is satisfied only when it can be said that the arbitration clause or agreement itself cannot be said to exist in a clear case in which the court finds that the party against whom breach is alleged cannot be said to have entered into the agreement relating to arbitration at all. The second test can be said to have been met in cases in which allegations are made against the State or its instrumentalities of arbitrary, fraudulent, or malafide conduct, thus necessitating the hearing of the case by a writ court in which questions are raised which are not predominantly questions arising from the contract itself or breach thereof, but questions arising in the public law domain.

The relevant facts of this case are: Final Award was passed by the Arbitration Tribunal in Singapore in the dispute between HSBC and Avitel Post Studioz Ltd. In the section 9 petition initiated by HSBC, the Bombay High Court directed Avitel to deposit any shortfall in their account with the Corporation Bank so as to maintain a balance of USD 60 million. The Division Bench upheld this order. Challenging this order, Avitel approached the Apex court.

Before the Apex Court, Avitel contended that, if the transaction entered into between the parties involved serious criminal offences such as forgery and impersonation, then it is clear that under Indian law, such dispute would not be arbitrable. A complaint filed by HSBC against Avitel was also referred to. Relying on N. Radhakrishnan v. Maestro Engineers, (2010) 1 SCC 72, they contended that serious questions of fraud raised, like in the present arbitral proceedings, would render such dispute inarbitrable.

Countering these submissions, HSBC contended that later judgments of the court Rashid Raza v. Sadaf Akhtar, (2019) 8 SCC 710 and A. Ayyasamy v. A. Paramasivam, (2016) 10 SCC 386, had explained N. Radhakrishnan, as referring only to such serious allegations of fraud as would vitiate the arbitration clause along with the agreement, and allegations of fraud which are not merely inter parties, but affect the public at large.

The issue considered by the Court thus was whether, in the section 9 proceeding, HSBC could be said to have a strong prima facie case in the enforcement proceedings under section which are pending before the Bombay High Court?

Referring to the final award, the bench noted that that there is no such fraud as would vitiate the arbitration clause in the SSA entered into between the parties as it is clear that this clause has to be read as an independent clause. It also held the impersonation, false representations made, and diversion of funds are all inter parties, having no "public flavour" so as to attract the "fraud exception". Thus the court held  that HSBC has made out a strong prima facie case necessitating that USD 60 million, being the principal amount awarded to them, is kept apart in the manner indicated by the learned Single Judge of the Bombay High Court.