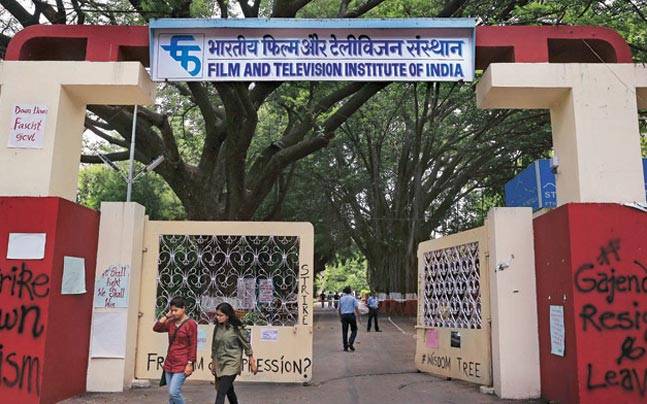 The Bombay High Court on Thursday questioned the Centre for meddling in the affairs of Film and Television Institute of India, Pune, by suspending a faculty member for an anti-government post on Facebook.

The division bench of Justices SC Dharmadhikari and GS Patel was hearing a writ petition filed by Indranil Bhattacharya, faculty member at FTII who sought quashing of a suspension order dated July 19, 2019.

"FTII is not Doordarshan, its not a limb of the government media. There is a reason why it is autonomous. What have you reduced it to?

Leading filmmakers have come from this institute. It has a history, there was a time when people would kill to enter FTII. There was such creativity….. But for the last 5-6 years it has deteriorated."

Petitioner's advocate Sunip Sen argued that his client had filed a complaint before the Central Vigilance Commission and after this he was served three show cause notices before being suspended. Therefore, the said action taken is vindictive, Sen submitted.

Appearing on behalf of the Centre, Neeta Masurkar argued that the petitioner should have approached Central Administrative Tribunal.

"I approached the CVC, not the press or any other third party", submitted Sen on the petitioner's behalf.

Sen submitted that his client wanted to apply for a position at Jamia Milia Islamia but his application will have to be approved by the Director, FTII. He further stated that if petitioner's application is accepted by Jamia, he would resign.

Masurkar objected to this and submitted that no relief should be granted to the petitioner.

"Both parties should resolve the dispute in a mature manner. Even after he leaves FTII, you want to go after him?" Court questioned.

Finally, Court directed the Director, FTII to forward the petitioner's application to Jamia and kept the matter for hearing on August 21.