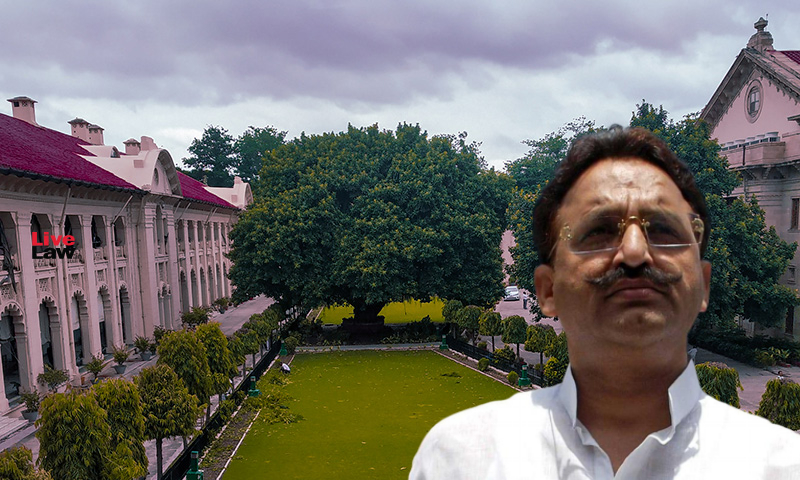 The Allahabad High Court on Wednesday directed the District Magistrate, Mau to conduct an on-spot physical survey of the school which is at the center of a case registered against former MLA Mukhtar Ansari (presently in jail) over misappropriation of MLA Funds fund in the year 2012-13.

Essentially, an FIR was lodged last year against Ansari mentioning therein that Ansari, as an M.L.A., in the years 2012, 2013 & 2014, allocated Rs. 25 Lacs from his M.L.A. fund to a school, however, when the inspection was done, it was found that the money had not been properly utilized by the said School.

Now, today the Bench of Justice Rahul Chaturvedi directed the District Magistrate, Mau to have an on-spot physical survey of the school in question, take photographs and file a detailed report containing the following:-

Where is the school situated (i) who is the Principal and its Manager (ii) Up to which class the education is imparted (iii) Number of the registered students (iv) recognized education institution or not (v) Total number of the teaching staff (vi) Annual budget of the school & source of income (vii) Aided or unaided institution?

The Court had sought information from District Magistrate, Mau in a sealed cover as it observed thus:

"The matter should be taken on the top most priority by the District Magistrate, Mau and send the report in a sealed cover with above particulars and reply to query and photographs latest by 19th May 2022."

Ansari has also moved a petition seeking to quash a charge sheet filed against him by the Uttar Pradesh police in connection with this Case. It has been alleged that during the investigation, it had been found that the money which was obtained by the other accused persons, was in fact not utilized for the construction of the school.

In his plea, Ansari has claimed that he has been in jail for 17 years and there had been no wrongdoing on his part. It has also been submitted by him that it is the job of the district administration to check the veracity of the recommendations made by him and the schools.