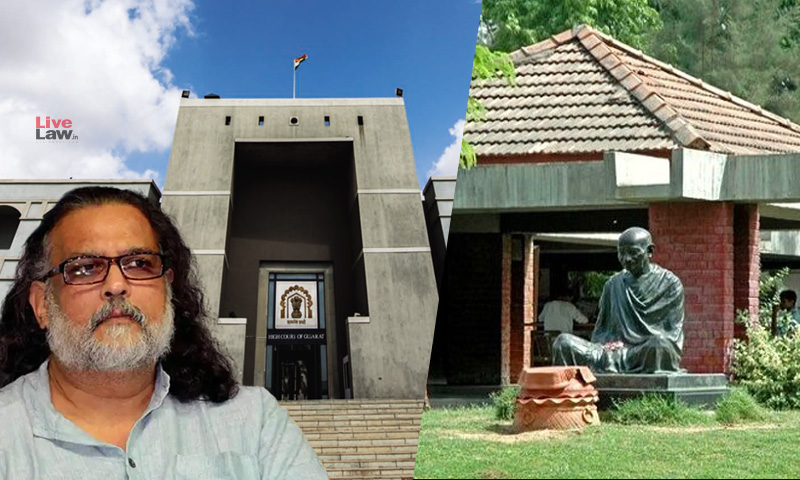 While defending its plan to revamp/redevelop the Sabarmati Ashram in Ahmedabad at the estimated cost of ₹1,200-crore, the Gujarat Government on Wednesday submitted before the Gujarat High Court that Mahatma Gandhi Ji belongs to all i.e., 140 Crore Indians.

Gujarat's Advocate General Kamal Trivedi argued thus as he challenged the locus of Tushar Gandhi, the great-grandson of Mahatma Gandhi who has moved a Public Interest Litigation (PIL) plea challenging the Sabarmati Ashram Revamp Plan of the Gujarat Government.

"The title of the Father of the Nation was given for the first time to Mahatma Gandhi on 6 July 1944 by Subhash Chandra Bose, despite having material differences with Gandhi ji. Following the assassination of Gandhiji, on 30th January 1948, the first Prime Minister of India gave a stupendous speech and said that the father of the nation is no more, and our lives are now without light. We are talking about that Father of the Nation, who is the father of 140 Crore people of the country. The Petitioner (Tushar Gandhi) says that I am the great-grandson of Mahatama Gandhi, yes, but the Mahatama Ji is of everyone, he (Tushar Gandhi) does not have an exclusive right over him. The figure of Mahatama is sui generis. One fine morning he (Tushar Gandhi) comes to the Court with writ petition that no, the development should not be done not like this...it should be done by x trust, then y trust" AG submitted before the Bench of Chief Justice Aravind Kumar and Justice Ashutosh J. Shastri

Further, AG Kamal Trivedi argued that the petitioner was seeking a writ of mandamus directing the State government that any development work should be done/spearheaded by the trust which is presently running the Ashram and under the aegis of Respondent no. 2 Trust (National Gandhi Smarak Nidhi).

However, he further said that Respondent no. 2 Trust (National Gandhi Smarak Nidhi) is not a stakeholder and it doesn't have anything in this area that is sought to be developed. He also informed the court that respondent no. 2 came into existence after the death of the Gandhiji and became holier-than-thou.

"(This) Trust (National Gandhi Smarak Nidhi) must be doing great activities but today any trust will come forward and say that everything must be done at our behest, that is not acceptable," the AG submitted.

Essentially, the AG was opposing the plea of Tushar Gandhi that funding may be provided by the state and central government and the development must take place/executed at the behest of respondents including Respondent no. 2 Trust (National Gandhi Smarak Nidhi).

With this, AG expressly showcased his reservation over the involvement of respondent no. 2 in the revamp/redevelopment plan for the Sabarmati Ashram in Ahmedabad. AG also opposed the prayer of the petitioner challenging the appointment of architect Bimal Hasmukh Patel to redevelop Sabarmati Ashram

It may be noted that Tushar Gandhi had earlier moved the instant petition before the HC challenging the proposed redevelopment.

It was his case that the redevelopment plan is diametrically opposed to the personal wishes and bequeathal of Mahatma Gandhi and would reduce the shrine and memorial of India's freedom movement, and turn the same into a commercial tourist attraction.

He had expressed his fear that the project will change the physical structure of Sabarmati Ashram and corrupt its pristine simplicity that embodies the ideology of Gandhiji.

Further, he had also expressed his apprehension stating that with the nature of redevelopment and over-sized involvement of the government authorities in the conception and execution of the project, the ashram may lose the Gandhian ethos.

However, in November last year, the Gujarat High Court had disposed of this plea observing that all the fears and apprehensions of Gandhi stood allayed in the Order of the Government itself.

The High Court through the impugned order had also refused to quash the Government Resolution dated 05.03.2021 issued by the Industries and Mines Department, Gujarat forming Governing and Executive Council for the purpose of comprehensive development of the Gandhi Ashram Memorial.

Challenging that very order, Tushar Gandhi had moved to the Apex Court, and in April 2022, the Top Court sent back to the Gujarat High Court, the petition by Gandhi observing that the HC should not have summarily dismissed the petition.

Essentially, a bench comprising Justices DY Chandrachud and Surya Kant had observed that it would have been appropriate for the High Court to decide on the issue raised instead of dismissing the petition summarily. Allowing Gandhi's appeal, the Court set aside the Gujarat High Court's judgment and restored the matter to the High Court for a decision on the merits.

The Court had also clarified that it had not expressed anything on the merits of the matter and that all contentions are left open. Now, on Tuesday, the High Court issued notices to the aforementioned authorities and listed the matter for further hearing on July 7, 2022.