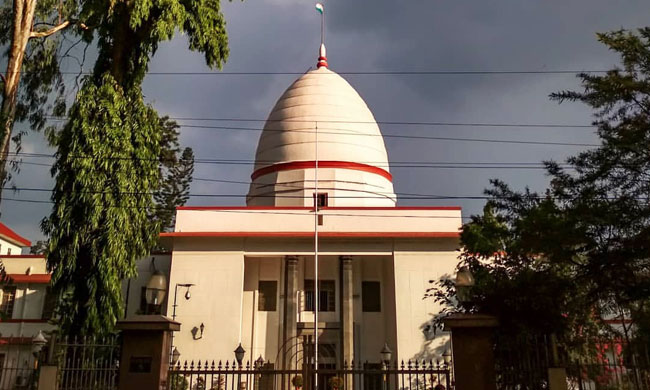 The Gauhati High Court has directed the state of Assam to take appropriate action under the Food Safety & Standards Act, 2006, against all those Pan Masala manufacturing companies whose products contain the Magnesium Carbonate (MgCO3) compound. To this end, the state has been permitted to collect samples of all the Pan Masalas being sold in the state of Assam and send them...

The Gauhati High Court has directed the state of Assam to take appropriate action under the Food Safety & Standards Act, 2006, against all those Pan Masala manufacturing companies whose products contain the Magnesium Carbonate (MgCO3) compound.

To this end, the state has been permitted to collect samples of all the Pan Masalas being sold in the state of Assam and send them for laboratory testing.

An affidavit containing state's reply has to be filed by March 16.

The order was passed by the bench of Chief Justice Ajai Lamba and Justice Soumitra Saikiya in a PIL filed by Jitul Deka, General Secretary of the Asomiya Yuva Mancha, seeking ban on sale, manufacturing, supply, etc of two pan masalas namely 'Kamla Pasand' and 'Vimal'.

He alleged that the Respondents' products contain 'cancer causing' compound, MgCO3. He further submitted that the state authorities were well aware of this situation but, failed to take any action.

"...inspite of the fact that certain Pan masala in Assam found to be sub-standard , no efforts were made by the official respondents to have the detail chemical examination as regard presence of MgCO3 and other chemical as ingredients for the reason best known to them.

The petitioner being a social worker had taken so much pain and vide letter dated 20.12.2019 approached the laboratory in respect different chemical present as ingredients in Pan Masala. To the utter shock and surprise, vide test report dated 13.01.2020 it is revealed that MgCO3 in large quantity is found as ingredients in certain Pan Masala in the State of Assam," the plea read.

This, the Petitioner asserted, is in clear violation of the Fundamental Rights guaranteed to the citizens of India under Articles 14 and 21 of the Constitution.

Pertinently, manufacture, storage, sale or distribution of any article of food which is unsafe for consumption or sub-standard or contains extraneous matter is prohibited under Section 26 of the Food Safety Act.

Furthermore, the use of MgCO3 is restricted under Regulation 3.1.7 of the Food Safety and Standards (Food Products Standards and Food Additives) Regulations, 2011. It stipulates that no anticaking agents (such as MgCO3) shall be used in any food unless specifically permitted.

The Petitioner has asserted that certain brands of those Pan Masala that were found to contain MgCO3 as an ingredient have already been prohibited in the states of Bihar, Maharashtra and Rajasthan, and that the State of Assam should also adopt a similar course of action.

He also relied on Union of India & Ors. v. Unicorn Industries, (2019) 10 SCC 575, whereby while examining the issue relating to central excise exemption on Pan Masala and Gutkha, the Supreme Court held that chewing of Pan Masala is responsible for Cancer and as such exemption given to such Pan Masala Companies cannot be said to be in public interest and thereby withdrawal of the exemption is in public interest.

The Petitioner has also sought constitution of a Special Team under the supervision of the high court to restrict the sale of Pan Masala or any chewing material containing MgCO3.

The matter will now be taken up on March 16.