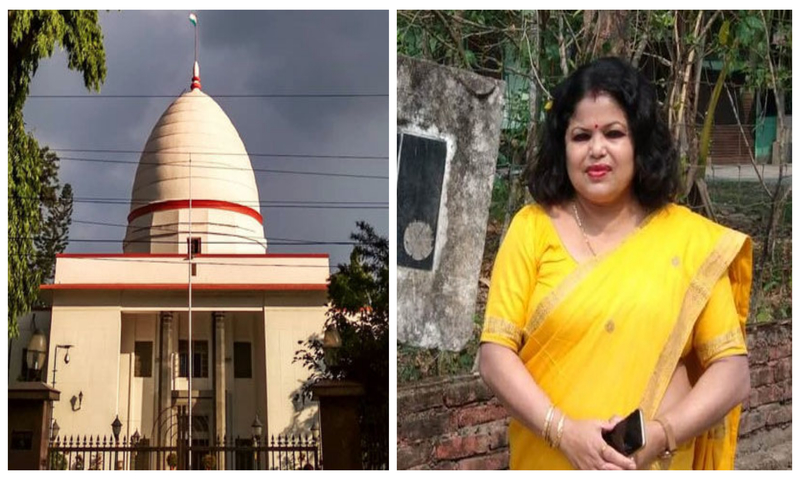 Observing that prima facie, the Assam based Writer, Sikha Sarma had expressed her personal views on the use of the term 'Swahid/martyr' in respect of 22 CAPF soldiers who laid their lives in action or killed on duty (during Anti-Naxal Operation In Chattisgarh), the Gauhati High Court on Monday (19th April) granted her bail. The Bench of Justice Ajit Borthakur observed, "Taking note...

Observing that prima facie, the Assam based Writer, Sikha Sarma had expressed her personal views on the use of the term 'Swahid/martyr' in respect of 22 CAPF soldiers who laid their lives in action or killed on duty (during Anti-Naxal Operation In Chattisgarh), the Gauhati High Court on Monday (19th April) granted her bail.

"Taking note of the apprehension of threat to health of the prisoners due to the ongoing second wave of novel Covid-19 pandemic, this Court is of the considered opinion that further continuation of detention of the accused petitioner, who is a woman, may not be necessary in the interest of the ongoing investigation."

As per the FIR, the accused petitioner had posted a Facebook post on 05th April 2021 showing disrespect to the martyrs of the Nation and that it was also alleged that the accused petitioner in her post, maligned and disregarded the sacrifice of the martyrs by urging 'Media' not to generate public sentiments in their favour and not to term them as 'Swahids' as they are drawing salary for the services they are providing to the nation.

"A person who draws salary for his service cannot be considered to be a martyr/swahid if he dies on duty. If it is so, then, an electrical worker who dies in an electric shock should also be considered as Swahid. News media, do not make the public emotional."

It was also alleged in the FIR that this defamatory comment had encountered public outrage in social media as on that day, the nation was mourning the martyrdom of 22 Jawans killed during anti-naxal operation in Chattisgarh on 3rd April, 2021.

The Senior Counsel appearing for the accused petitioner, submitted that the accused was a renowned writer, who had authored 4 bestselling Assamese books and radio artist.

It was submitted that she neither made any anti-national statement nor made the statement which brings or attempts to bring or create any hatred, enmity, contempt or disaffection towards the Government established by law.

Importantly, it was stated that the word 'Swahid/martyr' was not defined in law or by any Government notifications etc., and that the Minister of State in the Ministry of Home Affairs, Government of India had clearly mentioned in its reply to a question in the Rajya Sabha that "Swahid/martyr" was not defined anywhere and presently the Ministry of Defence is not issuing any such order/notification to this effect in respect of the defence personnel.

Lastly, it was submitted that no such order/notification to this effect was issued by the Ministry of Home Affairs in respect of Central Armed Police Forces (CAPF) personnel who are killed in action while discharging their duties.

Addl. P.P., Assam submitted that the accused petitioner had shown her mental tendency to demoralise the soldiers of the armed and para-military forces by way of questioning the use of 'Swahid/martyr ' in respect of the armed personnel who laid their lives in action or killed on duty against a militant outfit.

The Court noted that the prima facie grounds for arrest of the accused petitioner seem to have basically arisen out of the offence of 'sedition', which is made punishable under Section 124A of the IPC.

The Court observed that the offence of 'Sedition' contemplated three ingredients-

1. That the accused did speak, write, make signs or representations or some other acts;

3. That the said hatred, contempt or disaffection was towards the Government established by law.

"This Section of the IPC, it may be pointed out, is not inconsistent with the fundamental right of freedom of expression guaranteed under Article 19(1)(a) of the Constitution of India and as such, the intention of the offender has to be gathered from the language used."

Lastly, noting that she prima facie expressed her personal views on the use of the term 'Swahid/martyr' through social network in respect of 22 brave hearts/patriot soldiers¸ the Court granted her bail.

The Court has directed her to refrain from committing any similar offences in future of which she is accused or suspected of commission.