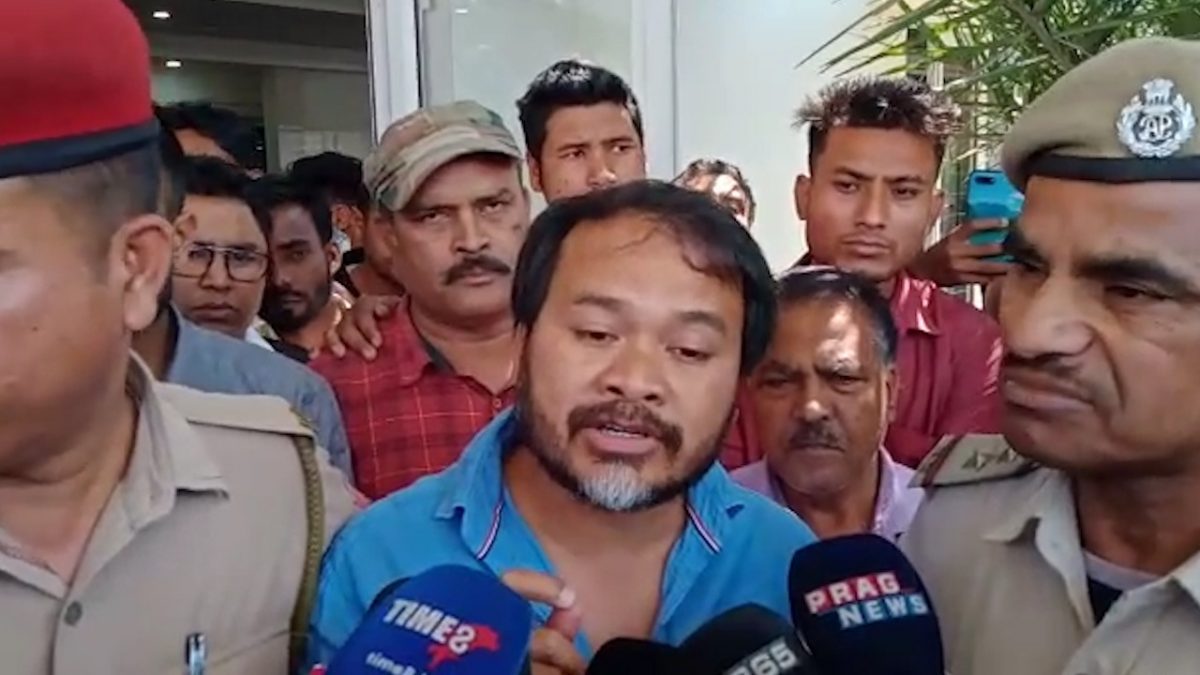 The Gauhati High Court has stayed the order of NIA Court, Assam, which refused to extend the period of investigation beyond 90 days for the National Investigation Agency in a case under the Unlawful Activities Prevention Act (UAPA) against Akhil Gogoi, founder-secretary of the Assam-based peasant organisation Krishak Mukti Sangram Samiti (KMSS).The UAPA case was based on the allegation...

The Gauhati High Court has stayed the order of NIA Court, Assam, which refused to extend the period of investigation beyond 90 days for the National Investigation Agency in a case under the Unlawful Activities Prevention Act (UAPA) against Akhil Gogoi, founder-secretary of the Assam-based peasant organisation Krishak Mukti Sangram Samiti (KMSS).

As a result of NIA Court's refusal to extend the time for probe to 180 days, Gogoi had become entitled to default bail or statutory bail - which is the accused person's statutory right to be released from custody on bail upon failure of the investigation agency to submit final report within the prescribed time.

On April 7, a division bench of the HC comprising Justices Ajai Lamba and Achintya Malla Bujor Barua stayed the operation of default bail and placed the matter before the Chief Justice to constitute a larger bench to "adjudicate the legal issues" regarding the maintainability of the appeal by NIA.

Gogoi was arrested on December 15 by the NIA on the allegation that he has links with Maoist organizations. In the wake of anti-CAA protests which engulfed Assam during December 2019, an FIR was registered against Gogoi by local police. Later, the FIR was re-registered by the NIA under Sections 120B, 124A, 153A, 153B of Indian Penal Code and Sections 18 and 39 of the UAPA.

Since the investigation was not completed within 90 days, the NIA filed an application for extension under Section 43D(2)(b) of the UAPA.

On March 16, the Special Court dismissed the application and refused to extend the remand of Gogoi.

In the High Court, a preliminary issue regarding maintainability of NIA's appeal arose as Section 21(1) of the NIA Act 2008 bars appeal against interlocutory orders.

The counsel for the accused referred to the judgment of the Gauhati HC in Jai Kishan Sharma and Anr. V. Union of India, which held that an appeal by accused against the extension granted by NIA court for probe was not maintainable.

The HC however distinguished that case by making a prima facie observation that refusal of extension has a substantial effect on the investigation.

The HC then formulated the following questions of law for reference to a larger bench :

Coming to the issue of default bail, the Court observed that the allegation against Gogoi were serious, requiring "exhaustive investigation".

"Considering the serious nature of accusations and the alleged nature of evidences collected, the matter appears to be rather serious requiring exhaustive investigation. In such circumstances, in the considered opinion of this Court, the right of the investigating agency to investigate cannot be frustrated, in the interest of effective and fair investigation", reflected the division bench of the High Court", the bench observed.

The bench took into consideration the submission of NIA that voice samples of Gogoi need to be taken.

The bench also noted that he was in custody in another case.

The High Court had on March 26 granted bail to Gogoi in another case with allegations of 'waging war against India', for his involvement in protests against Citizenship Amendment Act, 2019.