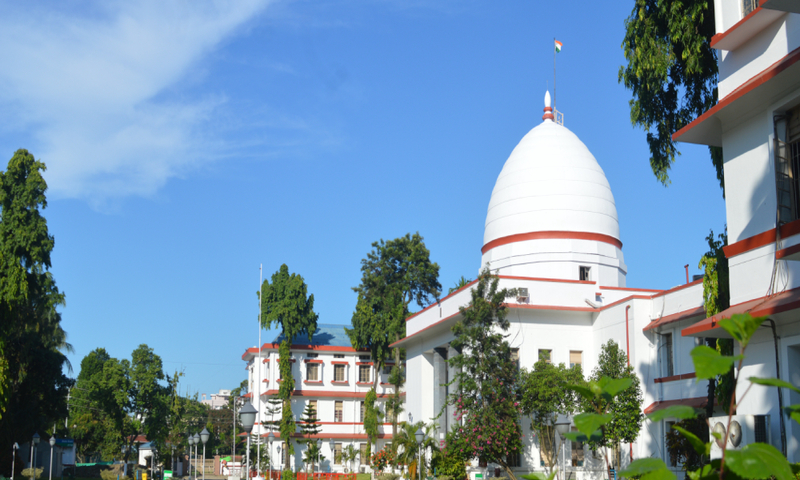 The Gauhati High Court on Monday directed the Gauhati Municipal Corporation to take adequate steps to complete all the constructions of the various markets in the city of Guwahati and take steps to remove encroachment and unauthorized vendors, who obstruct the way of the customers to the shops.

The direction was made by bench of Justice Sanjay Kumar Medhi while considering a plea challenging rent enhancement for shops allotted to those affected by a fire at market in Fancy Bazar in the year 1989.

The shops were allotted at a subsidized rate of Rs. 10per sq. ft. The rate was enhanced to Rs. 38 per sq. ft. in the year 2020. The said enhancement was the subject matter of challenge in which a direction was issued for submission and consideration of a representation by the GMC. Rejection of the said representation lead to filing of these proceedings by different Market Committees.

The petitioners contend that while maintaining the enhanced rates, the GMC could not perform their reciprocal duties namely, in providing required facilities. The petitioners further allege that the GMC has been allowing unauthorized market / vendors on the roads approaching the market thereby making the GMC market inaccessible to the customers. It was further contended that enhancement in rent is opposed to the provisions of the Assam Urban Areas Rent Control Act, 1972.

State on the other hand raised preliminary objection on the ground that the proceedings are barred by the principles of res judicata. It further contended that the enhancement in rents is minimal and reasonable. It was also submitted that application of Assam Urban Areas Rent Control Act is specifically barred by Section 444 of the Gauhati Municipal Corporation Act.

Agreeing with the contentions raised by the State, the Court held:

“There is absolutely no applicability of the Assam Urban Areas Rent Control Act, 1972 as the same is specifically barred by Section 444 of the Gauhati Municipal Corporation Act, 1971. This Court has also noticed that under Section 315 of the GMC Act, power has been vested upon the Commissioner to enhance the rent and therefore, it cannot be said there has been exercise of power without any authority of law.”

On the issue of res judicata the court held that there was no adjudication on merits in the earlier rounds of litigation and only a direction was given to consider a fresh representation of the petitioners. Therefore, res judicata may not come in the way of adjudication.

While deciding the matter, Justice Sanjay Kumar Medhi observed that certain new allottees were given rooms in the first floor of the GMC Market at Fancy Bazar at the rate of Rs.230/- per sq. per month, Rs.130/- and Rs.157/- per sq. per month to three parties. Therefore, rent charged from petitioners was relatively on the lower side.

“As regards the merits of the cases, a perusal of the order dated 24.12.2020 would show that the representation of the petitioners were disposed of by the GMC by giving a proper hearing to the petitioners. The narration of facts appearing in the said order would also show that all the relevant factors were taken into consideration wherein the GMC have came to a finding that the enhancement was only 10% of the earlier rate prior to the year 2008 and the rates which were revised in the year 2008 were never paid.”

Although the court dismissed the petition, it issued directions in the context of ancillary grievance of the petitioner and directed the GMC authorities to complete all pending market constructions andremove encroachment.