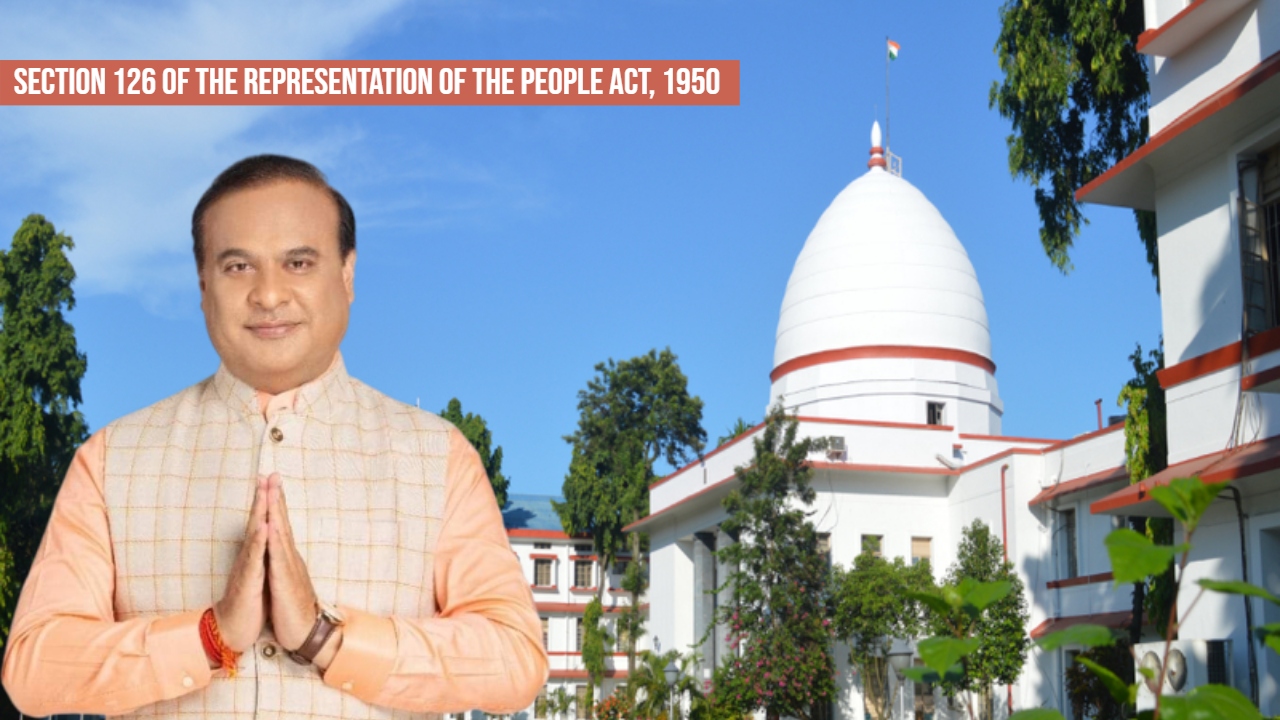 In a significant observation, the Gauhati High Court has said that it is high time to re-visit the provision enunciated in Section 126 of the Representation of People Act which deals with the prohibition of public meetings/election campaigning during a period of forty-eight hours ending with hour fixed for conclusion of poll.

The Bench of Justice Rumi Kumari Phookan observed thus as it quashed a criminal case registered against the present Chief Minister of Assam, Himanta Biswa Sarma for the alleged violation of the model code of conduct by him during the 2019 Lok Sabha polls.

Essentially, a complaint petition was filed before the court of CJM, Kamrup (M) as per the direction of the Election Commission of India (ECI) against the Sarma (Member of the Assam Legislative Assembly and CM of Assam) as well as against the news channel "News Live".

It was alleged that Sarma and the Channel's managing director (Sarma's wife, Riniki Bhuyan Sarma) had violated the Model Code of Conduct (MCC) of the Lok Sabha Election by telecasting a Live Interview at 7.55 P.M. on April 10, 2019, i.e. within 48 hours of the first phase of polls scheduled on 11.04.2019.

The Chief Judicial Magistrate of Kamrup Metropolitan, AK Baruah had taken cognizance of the offence under Section 126(1)(b) of the RP Act and had imposed a fine of ₹2,000 on Sarma and his wife Riniki Bhuyan Sarma and had ordered them to appear before the court on March 21.

However, Sarma moved the High Court challenging this order with an instant plea.

At the outset, the Court noted that the complainant had, after filing his petition, remained absent and did not file documents supporting his petition, and therefore, the Court observed that such a complaint was liable to be dismissed for non-prosecution u/s.203 CrPC and/or other relevant orders as to whether the complainant has been able to make out a prima facie case for proceeding etc

However, the Court noted that instead of adopting the abovementioned procedure, the CJM exceeded the jurisdiction and acted as an inquiry officer by issuing direction to the ECI and Secretary to the Election Department, Assam to take necessary steps as the complainant had not taken any step as no report was furnished from ECI as well as Chief Secretary as directed.

Further, the court noted that the while issuing summon against Sarma and his wife, the court did not procure the attendance of the original complainant and also, it failed to record any reasons as to what basis the court was convinced as about the violation of MCC by the petitioner as nothing was placed before the court as to the polls scheduled to be held on 11.04.2019 and the relevant notifications in this regard.

"The cognizance was taken only on the basis of few documents (all copies) without any other supporting documents," the Court observed as it quashed and set aside the impugned orders as well as the entire proceeding pertaining to the case against Sarma and his wife.

Against this backdrop, the Court remarked that in the context of changing social scenario as well as the expansion of electronic/digital arena where the Election Commission itself has declared election in a phased manner in certain constituencies, it is perhaps the high-time to re-visit the provision enunciated in Section 126 of RP Act which was enacted far back in the year 1951.