Give Details Of Corpus For Welfare Of Advocates Not Covered Under Welfare Trust : Kerala HC To Bar Council Of Kerala 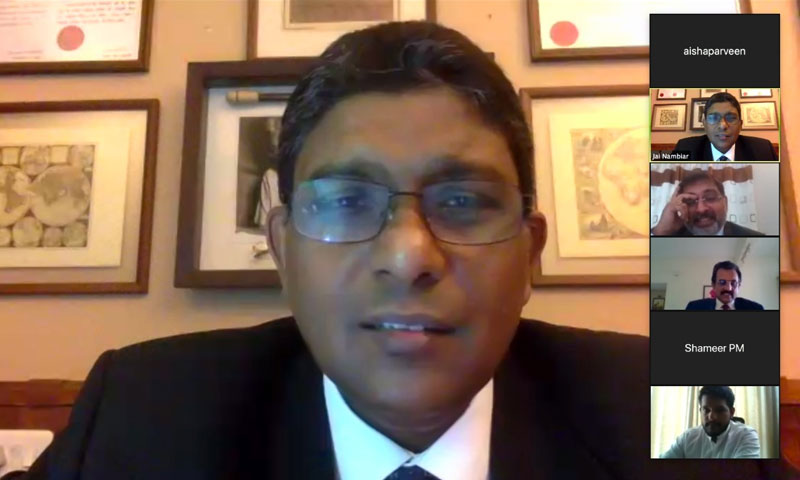 The High Court of Kerala on Wednesday directed the Bar Council of Kerala to file a statement explaining the details of their proposal to distribute funds for the welfare of advocates in general amid the COVID-19 situation, including those who are not members of the Kerala Advocates Welfare Fund Trust.

A bench comprising Justices A K Jayasankaran Nambiar and Shaji P Chaly passed the interim order in a petition filed by Advocate Mohammad Shah, member of Bar Council of Kerala and Advocate P Abu Siddik. The case will be next taken on April 15.

The petition sought a declaration that the benefit of Legal Benefit Fund is available to all advocates on the rolls of Bar Council of Kerala, and not just to advocates who have registered under the Kerala Advocate Welfare Fund Trust.

The petition also sought a direction to disburse necessary amount from the Legal Benefit Fund to advocates who are facing hardship due to COVID-19 lockdown.

Legal Benefit Fund consists of the amount collected by way of additional court fee as per Section 76 of the Kerala Court Fees and Suit Valuation Act, 1959.

As per section 76(4) of the Kerala Court Fees and Suit Valuation Act, 1959 the fund shall be applied and utilized for the purpose of providing efficient legal service for the people of the State and to provide "social security measures for the legal profession".

In November 2016, the Kerala Court Fees  and Suit Valuation Act, 1959 was amended to state that  63 percent of legal benefit fund will be earmarked to the Advocates' Welfare Fund, 27 percent to Clerks Welfare Fund and 10 percent for providing infrastructure to litigants.

The case of the petitioner is that the mere fact that a portion of Legal Benefit Fund was earmarked for the Advocates' Welfare Trust does not mean that only those Advocates who have registered under the Welfare Trust are eligible to receive its benefits.

Adv C R Syamkumar, appearing for the petitioners, submitted that only half of advocates enrolled with the Bar Council have joined the Welfare Fund Trust. But, Legal Benefit Fund was created for the benefit of all advocates.

It was stated that out of a total number of 54,000 advocates are in the rolls of the Bar Council of Kerala, only less than 26,000 advocates have joined the Welfare Trust.

Therefore the amendment to Section 76 of the Kerala Court Fees and Suit Valuation Act, 1959 done during the year 2016 and Section 3(2)(e) of the Kerala Advocates Welfare Fund act, 1980 do not fulfill the interest of the entire legal fraternity and therefore are not sustainable", the petition said.

The plea challenged the constitutional validity of the amendment to Section 76 of the Kerala Court Fees and Suit Valuation Act and also Section 3(2)(e) of the Kerala Advocates Welfare Fund Act.

"The legal benefit fund is intended for the social security of the entire fraternity which cannot be deposited in a head in which all the advocates are not members. The above provision of the Act is discriminatory and therefore violative of Article 14 of the Constitution", the plea stated.

Ranjith Thampan, Additional Advocate General, submitted that as per the existing statutory scheme, amounts under Legal Benefit Fund can be disbursed only to the members of Welfare Fund Trust.

The AAG also submitted that the Bar Council of Kerala has already created a corpus for the welfare measures of advocates amid the COVID-19 lockdown.