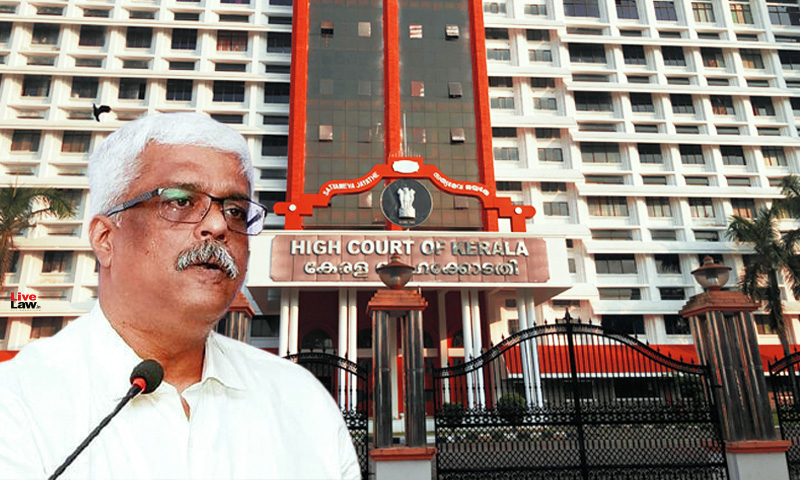 The High Court of Kerala on Friday reserved orders on the anticipatory bail applications filed by M Siva Sankar IAS, former Principal Secretary to the Kerala Chief Minister, in the cases registered by the Customs and the Enforcement Directorate in connection with the smuggling of gold through diplomatic channel.A single bench of Justice Ashok Menon reserved the orders for October 28,...

The High Court of Kerala on Friday reserved orders on the anticipatory bail applications filed by M Siva Sankar IAS, former Principal Secretary to the Kerala Chief Minister, in the cases registered by the Customs and the Enforcement Directorate in connection with the smuggling of gold through diplomatic channel.

A single bench of Justice Ashok Menon reserved the orders for October 28, after hearing Additional Solicitor General of India S V Raju for the ED, Senior Advocate K Ramkumar for the Customs, and Senior Advocate P Vijayabhanu for Siva Sankar.

The Court directed that the interim protection from arrest granted earlier to Siva Sankar will continue till the pronouncement of orders.

ASG SV Raju submitted that Siva Sankar was aware of the activities of Swapna Suresh, the prime accused in the case. He said that the former Principal Secretary was not cooperating with the investigation and was giving evasive replies.

"It has come out in the investigation that Sivasankar had contacted customs officials in TVM airport for clearance of cargo. Also, come out that commission was going to him", the ASG said.

He submitted that Siva Sankar and Swapna Suresh were close to each other and used to have frequent Whatsapp chats throughout the day. Swapna used to tell Siva Sankar everything and it is highly likely that he was aware of her dealings. The ASG further submitted that Siva Sankar had introduced Swapna Suresh to his Chartered Accountant and had helped her to open a bank locker, from which an amount of Rs 64 lakhs has now been recovered by the agency. This amount, the ASG said, represented the proceeds of the crime.

The ASG said that the ED had strong reasons to believe that Siva Sankar was the "kingpin" of the transactions.

"We have reasons to believe that Swapna was only a pawn and Siva Sankar was the real beneficiary. Swapna was completely under his control and strings were pulled by him. This is a possibility we are investigating.

It could be that the proceeds of the crime belong to Siva Sankar and Swapna was only a face. His conduct shows full, neck-deep involvement.", the ASG said.

The ASG highlighted that the Prevention of Money Laundering Act has inherent safeguards to ensure that arrest was made only when it is necessary. As per Section 19, the power of arrest is granted only to high-ranking officials. And, reasons to believe that the person is guilty of offence are to be recorded in writing before arrest.

If anticipatory bail is granted, it will hamper the investigation. He is a very influential person being the senior-most civil servant and the former Principal Secretary to the Chief Minister, the ASG added.

Senior Advocate Ramkumar supplemented the submissions of ASG by stating that in economic offences, bail is an exception.

Senior Advocate P Vijayabhanu, appearing for Siva Sankar, submitted that the report filed by the ED before the Special Court had no mention that Siva Sankar had called the customs officials at the Thiruvananthapuram airport.

"In the 302-page report submitted by ED, there is no such mention. Even in the complaint filed by the ED there is no allegation that Siva Sankar is the kingpin. They have no such case in the counter too. They are making off the cuff allegations", Mr. Vijayabhanu said.

The Whatsapp chats between Sivasankar and Swapna were with respect to the Rs 30 lakhs which was deposited in 2018 and they have no connection with the gold smuggling case. The senior counsel added that anticipatory bail can be granted for any offence, if there is no statutory bar.

There is no statutory bar to grant anticipatory bail under the Prevention of Money Laundering Act.

"ED is trying to arrest Siva Sankar on suppositions that he may be the kingpin. This is only harassment. He has been cooperating. They have questioned him for over 90 hours. Even after that, there is no evidence", he said.

After the reports about gold smuggling surfaced in media, the state government suspended him from service last July for alleged violations of conduct rules.