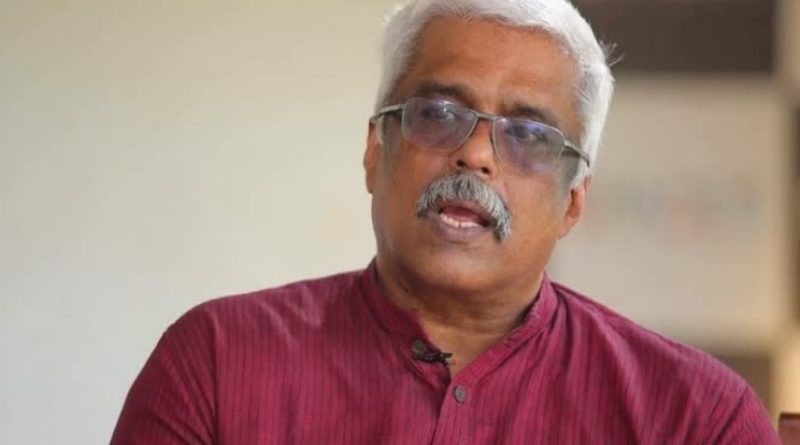 M Sivasankar IAS, former Principal Secretary to the Chief Minister of Kerala, has approached the Kerala High Court seeking bail in the gold smuggling case.The IAS official was arrested by the Enforcement Directorate on October 28 for offences under Sections 3 and 4 of the Prevention of Money Laundering Act for allegedly assisting Swapna Suresh, the prime accused in the gold smuggling case,...

The IAS official was arrested by the Enforcement Directorate on October 28 for offences under Sections 3 and 4 of the Prevention of Money Laundering Act for allegedly assisting Swapna Suresh, the prime accused in the gold smuggling case, to launder the proceeds of the crime.

On November 17, the Special PMLA Court at Kochi had dismissed his bail application observing that it was too early to record that there are reasonable grounds to believe that he is not guilty of the offences.

In the present bail application filed before the High Court, Sivasankar says that the lower court's denial of bail was solely based on a purported statement given by the prime accused Swapna Suresh, where she had said that he was aware of her gold smuggling activities. It is pointed out that in none of the previous eight statements given by Swapna Suresh, she had implicated Sivasankar.

The application further states that the only factor projected by the ED to link Sivasankar to the crime is the fact that he had introduced Swapna Suresh to his chartered accountant, with whose help she opened a bank locker from which the agency has seized the alleged proceeds of the crime.

Sivasankar says that the introduction of the CA to Swapna Suresh happened in 2018, much before she started the gold smuggling activities.

The petition also highlights the fact that the Special Court has recorded that the ED has not submitted any statement to support its claim that Sivasankar had contacted customs officials to facilitate the release of diplomatic cargo to Swapna Suresh.

The agency in their objection filed before the Special Court mentioned that Sivasankar has admitted that he has spoken to Senior Customs Officer as per the wishes of Swapna Suresh. But the Court noted in the order that no such statement was submitted by the agency in its sealed cover documents

It is also highlighted that the court also noted that the Customs Officer to whom Sivasankar allegedly made the request has not been admittedly questioned.

"The Enforcement Directorate made wild allegations and made some allegations that the petitioner tried to contact Customs official which they could not substantiate by producing any materials. Even the customs has no such case till date. Only with a frustrated attempt to substantiate the arrest of the petitioner, such an allegation was leveled by the Enforcement Directorate. The respondent heavily relied on the statement of the 2nd accused, but they failed to understand the fact that she is an accused at the time of giving the statement against the petitioner in Enforcement case", states the application filed through Advocates S Rajeev, Dheerendra Krishnan, Vinay V Anand and Manu Srinath.

Sivasankar states that although he was questioned by the central agencies for over 90 hours before the arrest, they could not find anything incriminatory materials against him.

He also says that he is suffering from acute backache due to lower disc problems and that the continued custody was causing him immense pain and suffering.

On October 28, a single bench of Justice Ashok Menon had denied him anticipatory bail after observing that "there is a fair possibility that applicant knew about the involvement of Swapna Suersh in the alleged smuggling activity"

After the reports about gold smuggling surfaced in the media, the state government suspended him from service last July for alleged violations of conduct rules.