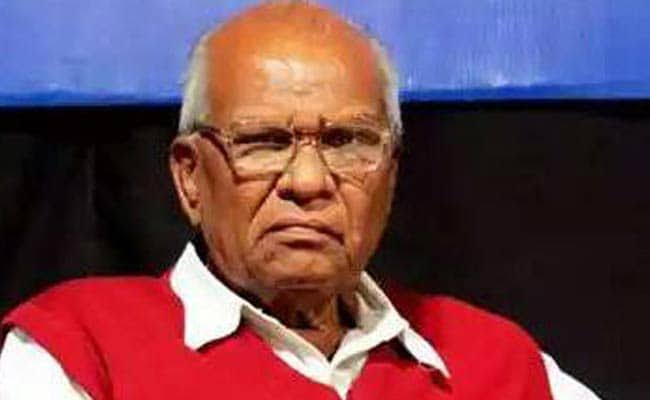 The Bombay High Court on Thursday asked the Maharashtra Government to respond to an application to transfer slain communist leader Govind Pansare's murder investigation to the Maharashtra Anti-Terrorism Squad from the State SIT to find the real mastermind behind the murders.

The application filed by the 82-year-old's daughter, Smita Pansare, states that nearly seven years after her father was gunned down on his morning walk, the SIT failed to make any clinching break through in the case.

The connection between the murders of rationalist Narendra Dabholkar, Professor Kalburgi, Pansare and Gauri Lankesh were made by the Maharashtra ATS while investigating the 2019 Nalasopara Arms Case of 2019, the application adds.

Moreover, alleged shooters Sarang Akolkar and Vinay Pawar are still absconding in the case. With several of the co-accused filing for discharge "if immediate steps are not taken, the investigation to bring absconding accused may not happened," the plea states.

"To identify the masterminds as well the as well as shooters of Comrade Govind Pansare, Cri Case may be transferred from the respondent SIT to Maharashtra ATS with immediate effect."

Advocate Abhay Nevagi for the family mentioned the matter before the bench led by Justice Revati Mohite Dere on Thursday who sought the State's response.

According to the petition, five different charge sheets have been filed by different investigating agencies to probe the murders. "However, no efforts are made by any of the Investigating Agencies to reach out to the masterminds behind all the 5 cases."

At present the respective State Governments have in fact provided protection to the people named in the hitlist. Even today 40 intellectuals along with the petitioner are provided with the security. "The combined reading of all 5 Chargesheets and specific reading of Chargesheet in the case of Nalasopara Bomb Blast case, it becomes clear that there exists a deeper and larger conspiracy and masterminds behind all the 5 cases are not traced."