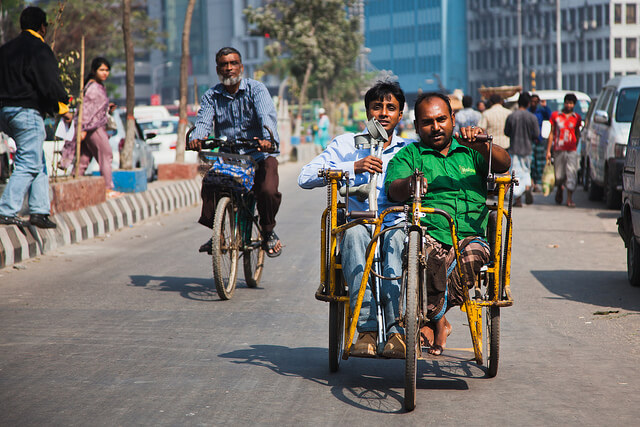 The Madras High Court on Monday (22nd February) directed the State Government to file a comprehensive report indicating how government buildings and all public places allow access to persons with disabilities.

The Bench of Chief Justice Sanjib Banerjee and Justice Senthilkumar Ramamoorthy has directed that the said report should also indicate the toilet facilities provided for such persons at all government buildings and the easy access to the toilets.

Further, the Court has directed that the report should include the Central Government guidelines in such regard for all public buildings and government-owned buildings to follow the relevant guidelines and the extent of adherence to such guidelines.

At any rate, the Court directed,

"Whatever new infrastructure facilities are on the planning board or in the process of implementation, they should be modified to ensure that access to persons with disabilities and toilet facilities for them are incorporated."

Significantly, in the case of Rajive Raturi Vs. Union of India and Others, the Apex Court had directed the Central and State Governments, inter alia, to make 50% of all the govt. buildings of the national capital and all the state capitals fully accessible by December 2018.

The notice issued has been made returnable ten weeks hence and the matter has been listed for further hearing on 14th June 2021.

Last week, the Jaipur Bench of the Rajasthan High Court dismissed a writ petition seeking a direction to the State Government to include persons with locomotive disabilities and/or hearing impairment under the Rights of Persons with Disabilities Act, 2016.

A Division Bench comprising of Chief Justice Indrajit Mahanty and Justice Satish Kumar Sharma however asked the Government to review its policy in light of a notification issued by Union of India on January 4, 2021.

In a petition for writ filed by 16 students seeking complete implementation of the Rights Of Persons With Disabilities Act, 2016, the Allahabad High Court on Wednesday (13th January) allowed the State Government to file a response to the petition and listed the matter for further hearing on Monday (01st February).

The Bench of Chief Justice Govind Mathur and Justice Saurabh Shyam Shamshery further directed the District Social Welfare Officer, Prayagraj to make a complete inspection of all the Government buildings situated in the town of Prayagraj (relating to the application of the Act of 2016).

Last month, the Karnataka High Court had directed the state government to reconsider it's circular dated January 5, by which it has directed 50 percent of officers/officials who are blind and employees with other disabilities working in the state government/quasi government officers etc to attend the office on alternate days.

Significantly, Justice DY Chandrachud had remarked in December 2020 that "all courts must also endeavor towards creating an active environment for disabled lawyers. There must be equal opportunity cells in the Supreme Court and in each High Court in the country...Our benchmarks reflect the outcome".

In September 2020, the Jammu and Kashmir High Court had revived a PIL seeking necessary directions under the Rights of Persons with Disabilities Act, so as to ensure dignity and equality to the persons who are differentiable.

The Bench of Chief Justice Gita Mittal and Justice Puneet Gupta revived the plea filed by one Javed Ahmad Tak, on behalf of the Humanity Welfare Organization, and impleaded the Administration of UTs of J&K and Ladakh and their Social Welfare Departments, as Respondents in the matter.